In Maharashtra, a new initiative is aiming to improve the condition of the sewage system as well as sewer workers alike. As part of the Swachh Bharat initiative, a World Toilet College has recently been established in Aurangabad, where over 5000 sanitary and sewage workers will receive training on how to maintain hygiene and health while working in a toxic environment. 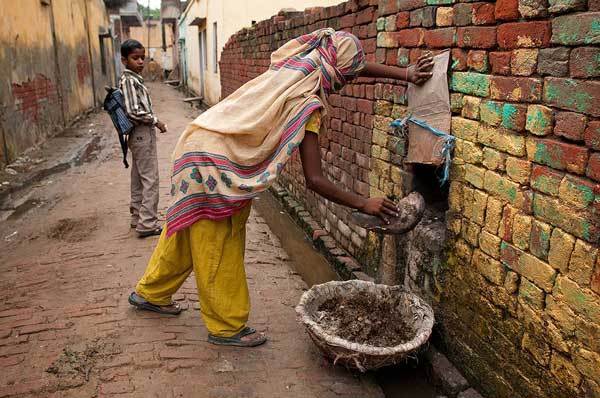 75 deaths in Karnataka in 10 years due to manual scavenging. Credit: Kracktivism

In Maharashtra, a new initiative is aiming to improve the condition of the sewage system as well as sewer workers alike. As part of the Swachh Bharat initiative, a World Toilet College has recently been established in Aurangabad, where over 5000 sanitary and sewage workers will receive training on how to maintain hygiene and health while working in a toxic environment.

According to the Hindu Business Line,  corporate firms like Reckitt Benckiser, IL&FS and BVG India and non-governmental organisations such as Pehal and World Toilet Organisation of Singapore, have come together to ensure the college gets enough support, endorsement, traction and funds. Narasimhan Easwar, the senior president of Reckitt Benckiser Hygiene and Home South Asia spoke to the publication, saying that one college in one city was just a drop in an ocean. Nevertheless, it could herald a necessary change in the lives of millions, mostly Dalits, employed as manual scavengers and sewage workers in India.

As part of the training, sewage workers will learn how to practise their trade with the help of safety-gears, which offers protection from the toxic material, hazardous fumes and various infections. The importance of getting regular tetanus shots and other vaccines will also form a part of the instruction.

Despite the Supreme Court’s explicit order to end manual-scavenging, it is a practice that continues and perpetuates casteism while we are at it. Nearly two lakh families in India currently include one member engaged in manual-scavenging.

The onus lies not only on the government and certain organisations but on all of us. In fact, the problem is so entrenched in age-old beliefs and casteist roles, even municipalities in Chennai and Bangalore have tried and failed to end manual scavenging.

At the same time, scavenging-related fatalities keep occurring all over the country. Tamil Nadu alone accounts for 45% of these deaths. The Ministry for Justice and Social Empowerment told the Lok Sabha in December 2017 that it had caused over 300 deaths last year.

While this move does nothing to elevate their socio-economic status, imparting safety training and health awareness among sewage workers is mandatory in all countries. It comes at a time when the increase in the number and mortality of manual scavengers has garnered negative attention, especially for the government’s blatant disregard for the workers’ safety and well being. In order to improve the working standards for sewer workers around the state and ultimately the country, this college aims to fix some of the seminal issues involved in this line of civic work.