Will the 2019 World Cup be all about doing it for Dhoni?

As yet another World Cup draws near, it seems as if MSD has been shedding all the baggage and getting ready for his final act in cricket. 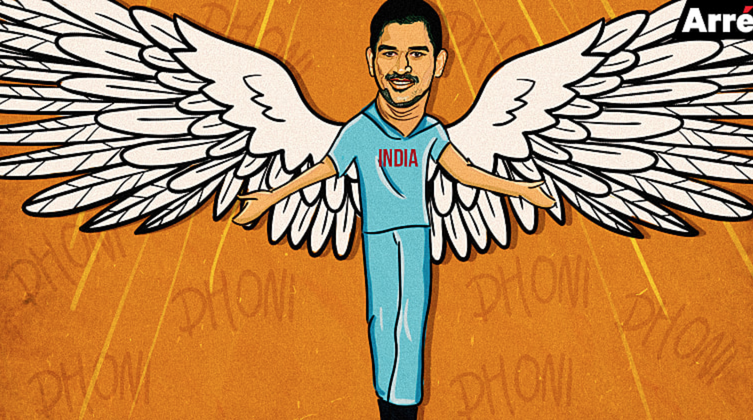 Though 2011 will forever be MS Dhoni’s crowning glory as captain, that edition of the World Cup was all about Sachin Tendulkar. Seven years on, as yet another World Cup draws near, it seems as if MSD has been shedding all the baggage and getting ready for his final act in cricket.

Even before this year’s IPL begins, the Chennai Super Kings are already trending. The returning outfit is going to practice in an open bus, with their beloved adopted son and captain MS Dhoni back at the helm. For two years, he was an uneasy fit in the Rising Pune Supergiants team, putting up with barbs about his leadership, his form, and his value to the team. Stripped of his captaincy humiliatingly before the 2017 edition, he must have been waiting to return to the arms of his beloved CSK, and CSK has been waiting impatiently for him. But playing for the national side is a different ball game.

We’re a little over a year away from the 2019 World Cup, and MS Dhoni’s place in the side is yet not fully assured. After Dinesh Karthik’s show-stealing last-ball six at the Nidahas Trophy final, which stole victory from under the Bangladeshis’ noses, Karthik’s stock price has suddenly shot up. As Dhoni’s career enters its final stretch, he finds his irreplaceable aura diminishing. If Dhoni makes it, it will be his fourth and final tournament. Since 2014, when he abruptly retired from Test cricket in the middle of a series, and then gave up Team India’s captaincy in all formats in 2016, it seems as if he has been shedding all the baggage and getting ready for his final act in cricket – the 2019 World Cup.

His first two World Cups couldn’t have been farther away from each other in terms of results. By 2007, with his hard-hitting exploits, Dhoni had already laid to waste the dreams of Dinesh Karthik and Parthiv Patel of being the first-choice keeper. But the tournament itself was an unmitigated disaster. Dhoni, who was then building a house in Jharkhand, had irate fans who shamelessly pelted stones and vandalised his house. It got so bad the team had to be whisked out of the airport under the cover of darkness and with heavy police security to protect them from seething mobs while returning from the tournament.

That year must have changed Dhoni’s perspective on fame. Four months later, the team found itself surrounded by police while landing at the airport yet again. This time, it was different. Fans couldn’t get enough of the young captain who had just won the inaugural T20 World Cup. Fame is a double-edged sword, and this yin-yang experience influenced Dhoni’s “Captain Cool” approach that led to him becoming India’s most successful on-field leader.

MS Dhoni and India celebrate their Victory in the Final of Twenty20 World Cup held at the Wanderers on September 24, 2007 in Johannesburg, South Africa.
Duif du Toit/Gallo Images/Getty Images

For all his many achievements, his crowning glory will always be that magical April 2 night in 2011 at Wankhede Stadium, where he shrugged off indifferent form to promote himself up the order after Sachin Tendulkar and Virender Sehwag both fell cheaply. A World Cup final isn’t the ideal place to rediscover one’s confidence. It’s a place where things can unravel very quickly, but Dhoni’s captain’s innings that day propelled India to assured victory. When he struck the final ball for a six with his trademark helicopter shot, he etched his name into the annals of immortality.

If he springs another surprise and announces his retirement before the World Cup, it will no doubt be a crushing blow to his fans.

Though 2011 will forever be Dhoni’s crowning glory as captain, that edition of the World Cup was all about Sachin Tendulkar. It was billed as his last hurrah, his fifth and final shot at World Cup glory. The legend had played a couple of pivotal innings in the cup, the 85 against Pakistan in the semi-final giving many of us near heart attacks. But on the night of the final, in front of his home crowd, Tendulkar fell for 18, leaving fans disconsolate. On that night, Dhoni did two things. He led from the front, but when the time came for celebrations, he made the moment all about Sachin Tendulkar. Team India’s first World Cup win since 1983 was for him.

After Tendulkar, it is safe to say that Dhoni was the next mass player, the one who could arouse passions with his nonchalant demeanour, selfless play, and brutal hitting.
Wikimedia Commons

It’s been eight long years since Dhoni realised the dreams of a billion Indians. He has always appeared the type who is wary of overstaying his welcome. If he springs another surprise and announces his retirement before the World Cup, it will no doubt be a crushing blow to his fans. But all signs point to the fact that he will wield the keeper’s gloves in the 2019 World Cup. He has accomplished more than any Indian captain. His legacy is already secure, his story an inspiration to millions.

There are great players. But very few endear themselves to adoring crowds who root for them, wherever they go. After Tendulkar, it is safe to say that Dhoni was the next mass player, the one who could arouse passions with his nonchalant demeanour, selfless play, and brutal hitting. The most critical facet of his rise to the top of India’s cricketing pantheon is that he gave people from small towns the licence to dream impossible dreams. In 2001, he was a railway ticket collector. In 2005, he was taking the Pakistani and Sri Lankan bowlers to the cleaners. It was these qualities that allowed Dhoni to march to victory on this day in 2011 – and on the seventh anniversary of his triumph, I’d like to hazard a guess.

Just like Dhoni and his boys wanted to win the cup for Tendulkar in 2011, Team India will want to win in for someone else in 2019.

They will want to win it for MS Dhoni.