Will Rishi Sunak Be The Next British Prime Minister?

Rishi Sunak is the frontrunner to be the next British Prime Minister, if the odds are to be believed. 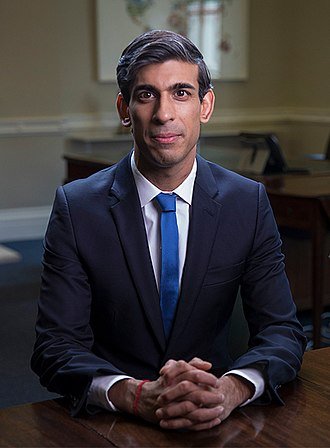 Current UK Prime Minister Boris Johnson found himself in a spot of bother with his Conservatives Party, as he apologised for attending a party during the coronavirus lockdown, garnering more than a fair share of criticism by the general UK public, fatigued by increasing lockdown curbs.

As speculation is rife about Johnson’s political future, talk is also on about his replacement at 10 Downing Street, with Sunak being touted as the primary candidate. replace him as leader of the Conservative party and take Britain’s top political job.

The UK’s first Indian-origin chancellor of the exchequer seems to have the highest odds to replace Johnson, having been appointed the finance minister after a seemingly short amount of time in the higher echelons of British government.

Among many tough measures that Sunak took in the role was a publicly-funded furlough scheme intended to protect jobs affected by COVID-19 breakout in the UK.

Sunak was noticeably absent from the House of Commons during Johnson’s apology.

Hailing from a wealthy business background, Sunak’s grandparents were from the Punjab, before emigrating to the UK from east Africa in the 1960s.

Sunak was earlier in the news for marrying the daughter of Indian tech billionaire and Infosys founder Narayana Murthy.

Sunak’s relative inexperience is the only thing holding him back from the top political job in the UK. Most Tory MP’s are of the opinion that Sunak may not be ready for the job.

Sunak’s relative wealth and relative closeness to Dominic Cummings is also being seen with relative interest, as Boris Johnson fights for his political future.