Why is India one of the world’s largest arms importers?

Do India’s military ambitions hold water in a country that still struggles with endemic poverty and economic issues? 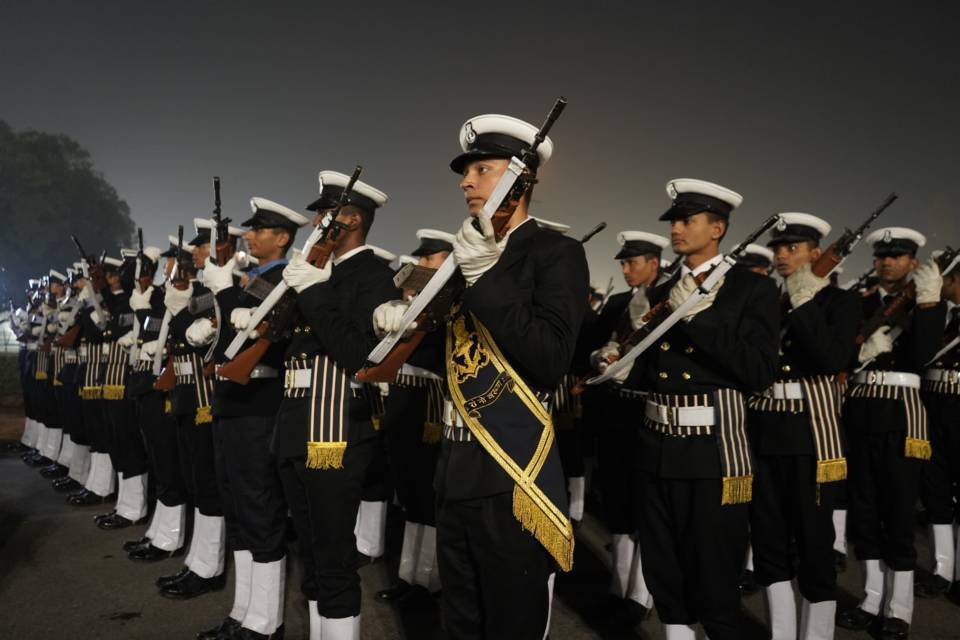 India has been the world’s largest arms importer every year since 2010, as its defence industry struggles to keep up with its international ambitions.

The volume of major weapons imports more than doubled between 2004-08 and 2009-13 and India’s share of the volume of international arms imports increased from 7% to 14%, according to the latest report released by Stockholm International Peace Research Institute (SIPRI).

A plausible reason for this is that India lacks a defence industry of its own sufficient to meet its external challenges and to keep pace with its expanding strategic interests. The need to modernise has indeed been one major reason for India’s status as top spender on arms imports. But there are other factors at work too.

India is still struggling to upgrade its arms manufacturing sector, despite this being a priority for over a decade. Continued reliance on foreign suppliers exposes the lack of a clear-cut vision of its defence industry.

The country’s hand was forced slightly: humiliating defeat in a war with China in 1962 and America’s refusal to share high-tech weapons meant India needed to upgrade its military capability. Given the Cold War dynamics of the time, the USSR stepped in and eventually the Indian armoury was full of Russian weapons.

Even today Russia continues to be one of India’s most significant strategic partners and biggest arms supplier, grabbing about 75% of its weapons imports. The remaining 25% is made up of the US and Western European countries, particularly France, Britain and Germany.

But the modernisation of India’s armed forces continues to take place in a slapdash manner. Despite the rhetoric of “indigenisation”, there has been no significant systemic transformation and huge cost and time overruns in domestic defence production are commonplace.

Though the government has emphasised private firms and public-private partnerships, the Indian defence industry continues to be dominated by the public sector. The Defence Ministry’s stumbles over promoting the private sector, which is still restricted to only 26% in the defence production sector, further constrains and exposes the lacuna in India’s defence industry planning.

Indian defence firms continue to struggle with the move from a buyer-seller relationship with foreign firms to one based on equal partnership and joint production.

Since the Cold War, India has tried to increase its arms imports from the US and Western Europe as part of a broader strategy of diversifying suppliers. This works both ways: the US defence industry is very happy to find new buyers and new technologies. American defence giants such as Lockheed Martin and Boeing have been exploring potential business partners in India, attracted by the low-cost, well-educated, English speaking and technically sound workforce. The US is now India’s second largest arms supplier, accounting for 7% of the total.

Other sources of India’s arms include Israel, where the improving Indo-US ties and common security concerns over Islamic terrorism provided a natural partnership, and France, which has agreed to sell 126 combat aircraft to India, worth US$20-25 billion.

Relying on imports from first tier arms producing countries has positives and negatives. On one hand, it has ensured and enhanced India’s defence capability, but on the other it has constrained indigenous research as technology has been imported rather than developed. Though these arms purchases are done with technology transfer and offset arrangements, India still lags behind the developed countries defence industry standards.

So what are all these arms for? India faces two primary enemies – Pakistan and China – and what worries its government most is the prospect of its two rivals uniting to form a hostile nuclear and defence partnership. This isn’t just scaremongering: 54% of Chinese arms exports already go to Pakistan.

In the face of this threat, India feels it still needs to beef up its arms acquisitions to deal with its shortage of fighter jets, submarines, helicopters, howitzers and so on. For example, the Indian Air Force is left with 34 fighter squadrons when at least 44 would be required to deter the dual challenge of Pakistan and China.

The prospect of conflict between the three countries is real. India has been at odds with Pakistan since its creation. China fought with India in 1962 and the relationship is still not truly normal, with a border standoff last year. The Indian government is only rational to want to be prepared to tackle both countries simultaneously, or even Pakistan directly if a terror strike brought the two to war.

Geopolitical factors are also driving India to focus on importing arms. Since the country declared itself a nuclear power in 1998, India’s political and defence elites have reached a consensus on the idea that India must march towards great power status. A growing economy further supports the focus on beefing up its defence as does the “push factor” of Chinese rivalry and the “pull” of the US’ rebalancing strategy towards Asia-Pacific.

Yale historian of international relations Paul Kennedy says, a credible great power must have a solid defence industry base. India is no exception. If it wants to seriously aspire to be a great power it will need to make its own arms, tanks and bombs.

As one account of India’s military modernisation puts it, the country is “arming without aiming”. Without a serious effort to reinvent its strategy, India risks wasting the money it is ploughing into its military. Excellent progress has been made in missile technology and a space programme, but more must be done to ensure effective public-private partnerships, joint-production with foreign firms, and the growth of India’s own industry.

For the time being, little will change. Security threats to the north and west, the need to develop an indigenous defence industry and its aspirations for great power status will see India continue to top the arms importer list in the coming years.