Why gender equity requires working with men in power

Programmes that address gender-based discrimination and violence must move beyond working with disadvantaged men and look to target those in power. 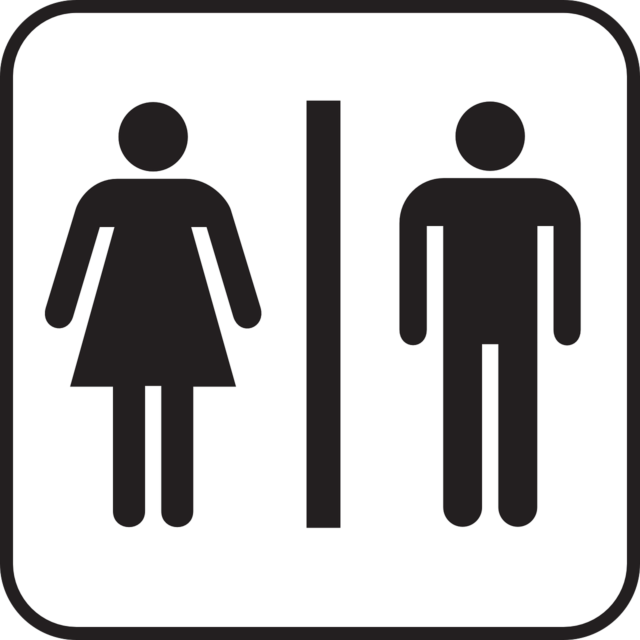 In recent years, it has become apparent that women’s empowerment alone may not ensure gender equality. Despite improvements in several development indicators, including women’s education level and age at the time of marriage, there are many other areas where improvements have not been as remarkable. Increasingly, there’s recognition for the need to address deeply rooted discriminatory gender norms, sparking new interest in working with men and boys in particular. Several interventions that address younger boys both within and outside schools have been introduced across India.

Programmes aimed at gender equality have been launched in colleges and universities. Fathers are being included in family planning and maternal health programmes. The issue of ‘toxic masculinity’ is also being discussed alongside violence against women. People have recognised that if men are part of the problem of gender discrimination, they have to be part of the solution as well.

Gender equality is not the only reason that men have been in focus. Farmers’ suicides have emerged as a recurring phenomenon in several parts of rural India. Crop failures, the inability to service crippling debts, and an utter sense of failure in being the provider and protector are understood to be factors that contribute to it.

The compulsions that men face in a rapidly changing world that continues to be deeply divided by gendered expectations are becoming increasingly evident. In addition to the changing roles, aspirations, and capacity of women, men are faced with a wide battery of other changes. Economic arrangements, livelihood opportunities, and traditional societal relationships are undergoing rapid transformations. Some men are able to cope and even thrive in this dynamic environment, but many are not. Signs of such failure are already apparent across society. School retention and scholastic achievement is falling among boys, and male violence doesn’t show signs of abating.

The focus of our work was on the violence and exclusion that women faced in rural communities, and it was possible to get many men concerned about this very ‘unfair’ situation.

I have been working in the field of gender equality and with men for more than two decades now. We started this work in rural Uttar Pradesh with a simple question: Would men in the community join a programme where the benefits are supposed to accrue to women? We learned that it was indeed possible to bring improvements in women’s status through what is often called a win-win approach. The focus of our work was on the high levels of violence and exclusion that women faced in rural communities, and it was possible to get many men concerned about this very ‘unfair’ situation. We were convinced that the change in men had to be first within the family and in their personal roles and relationships. Despite their initial hesitation, women and girls began to welcome these changes.

Men were spending more time at home—they were helping out in the kitchen, fetching water, and looking after the children. Wives enjoyed a new-found intimacy and even encouraged their friends to get their husbands to join the same men’s group. Instead of being wary of their fathers, younger children now liked playing with them. These men also did not become as angry as earlier, and they reported that they were able to manage their temper in different ways.

We also noted some other changes that surprised us. In one study, we tried to understand the changes men experienced not only through their own stories, but also by examining the experiences of a female member of their household and a close male friend. The male friends reported that their relationship with the person concerned had also improved. We realised that men are part of a variety of relationships with other men inside and outside of the home. These social and positional relationships—determined by age, caste, religion, ethnicity, language spoken, educational attainment, organisational post—are also hierarchical. There are social norms that dictate how men relate with each other. Each male in a position of ‘superiority’ by virtue of any of these social or positional parameters is very careful that ‘subordinate’ males do not transgress boundaries.

We started learning more about the world of men and their expectations and relationships. The social construction of boys into men is a complex process because they have to be taught to negotiate the wide range of expectations that they have to fulfil and relationships they have to be part of. It is well known that boys are expected to toughen up and not cry when hurt. And men can’t express emotions other than anger, disgust, and hate. This is part of the training and conditioning boys receive to survive in the ‘competitive’ world of men. However, the world of men is rarely a level-playing field, and is carved up through a wide range of social hierarchies. Most of the men we worked with were poor, rural, and often from subordinate castes. They experienced many disadvantages as men belonging to a particular caste or class, and could thus empathise with the disadvantages experienced by women. This ability to understand someone else’s marginalisation and their own privileges as men was important in transforming their understanding of social relationships.

In our work with poor men, we realised that they experience different layers of privilege and disadvantage. We needed to empathise with their disadvantages so that they could empathise with those more disadvantaged than them (that is, women). We came to realise that the call for equality cannot just be a ‘demand’ by the disadvantaged and oppressed, but also needs to be acted upon by those who benefit from existing unequal social orders. All efforts at equality will otherwise lead to sharp contests and harder pushback because those who gain from the unequal social systems will rarely relinquish their benefits willingly.

How do men and boys deal with their failures when they have not been equipped with adequate emotional or social tools to do so?

If we are to build a more resilient future for our societies, we have to understand how our aspiration for equality gets challenged by the idea of ‘hegemonic masculinity’. In its essence, the idea relates to a ‘desire to dominate’ or ‘to win at any cost’ that is coded into almost all men. In successful men, these are seen as ‘good’ traits. However, not all men can succeed, which results in these desires remaining unfulfilled or getting thwarted when they fail. Today’s changing social and economic environment is causing an increasing number of men to be partial successes at best. How do they deal with their failures when they have not been equipped with adequate emotional or social tools to do so?

If we have to help men in coping with failure, we need alternate models of success. We need to bring up boys differently, and not limit it to boys from deprived families. We need to work with boys, parents, and teachers simultaneously. We need to build empathy, celebrate different kinds of success, and find ways to promote collaboration over competition. At home, both boys and girls need to learn to care for themselves and for others. The successful model for bringing up girls cannot be to bring them up like boys.

If we want to address persistent gender discrimination, increasing male violence, everyday sexism, and ‘problem’ men and boys, the answer may lie in redefining ‘success’. We have to develop alternate models of leadership where men can provide opportunities to others without worrying that it will take away their own power. We need to also celebrate ‘successes’ that are not accompanied by material wealth or authority over others. To do so, we need to build a collaboration with men who wield power over other men. Such a collaboration should encourage men, without blaming or accusing them, to understand how their own ‘successful masculinity’ may hurt themselves and others. Our experience shows that there are men who are willing to engage in this process. And this is how relationships between women and men, and between men and other genders, ultimately improve and larger social and institutional changes take root.

Abhijit Das is a public health physician with an interest in gender equality and understanding harmful masculinities. He has been a pioneer in involving men for gender equality and has written and spoken extensively on the issue. After 35 years of work in the development sector he is currently reflecting, writing, and mentoring younger development professionals. He continues as managing trustee at the Centre for Health and Social Justice, India, and clinical associate professor at the Department of Global Health, University of Washington, USA.