Why does India seem to be gripped by mob violence?

Burning mannequins, destroying property, ransacking offices, physically assaulting opponents are becoming commonplace in India. Is there anything we can do to combat such mob violence? 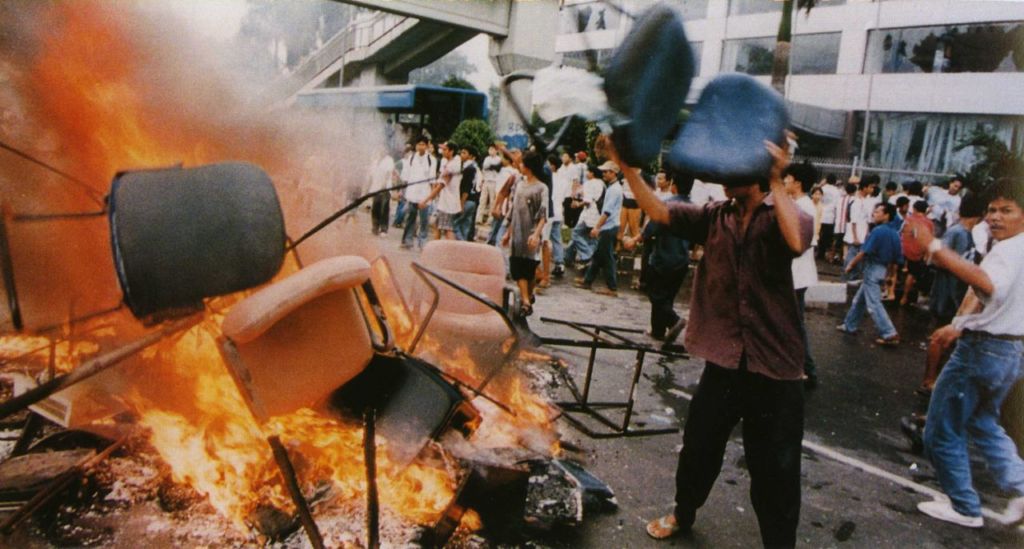 If one has closely followed the news related to India’s national affairs over the past few years, an alarming trend rises to the fore and raises a pertinent question—that of mob violence, and whether it is slowly becoming the new form of justice among the common man, or a platform for getting their voices heard by the authorities in power.

Public expression of anger, which include burning of lookalike mannequins, destruction of property, ransacking offices of opponents and media outlets, and physically assaulting opponents have silently become accepted forms of retaliation and politics in India. However, this seeming acceptance of violence is extremely dangerous, especially since it can lead to the public considering such behaviour as commonplace. Already, such incidents are often being ignored, and are not treated as a crime.

The rise of the cow vigilantes

This form of violence can manifest in many forms, and has become a common pattern in many parts of India. The ferocity and intensity of the crowds and sentiments behind such actions reflects the depth and gravity of the grievances plaguing such members of society.

Right off the bat, one of the most prominent cases of mob violence has been the assault meted out by “cow vigilantes” against Muslims for hoarding or consuming beef. On December 14 2017, members of an unspecified right-wing Hindu group attacked Catholic Christmas carollers. The attack took place in the district of Satna, Madhya Pradesh and saw a priest’s car set ablaze. No action was reportedly taken against the attackers, instead the carollers were detained. The attacks were meant to be a sign of protest against religious conversions.

The recent “Bharat bandh” riots resulted in over 763 people detained in Ranchi district, and 850 in the East Singhbhum district of Jharkhand. The violent protests reportedly resulted in the deaths of nine people. over 100 passenger and mail train services were disrupted, and instances of arson, violence, and vandalism were reported in Madhya Pradesh, Rajasthan, Uttar Pradesh, Bihar, and Punjab, among others. In some cases, the state governments were forced to order a complete shut down for educational institutions, and severely curtail communications and transport services.

How can we stop mob violence?

It is obvious that in a majoritarian state, mob mentality can prove to be a two-pronged sword. However, mere acceptance of this fact, and inaction would mark a new low for India as a democracy.

In Hitler’s Willing Executioners, when addressing the involvement of common Germans in eliminating Jews, Daniel Goldhagen proposed a rather unique recommendation.He says that as a society, our primary focus must not be on how to punish the troublemakers, since that is a short-term solution, but to pay attention to the ‘why’ of the problem, since it can solve the issue on a long-term basis. We must consider, he asserts, the phenomenological world of the executioners—their emotional or mental regimes, from which they derive their motivation. To be able to do so, Goldhagen suggests, we must describe for ourselves “every gruesome image that the executioners beheld, and every cry of anguish and pain that they heard.”

The most pertinent question then becomes how ordinary citizens of a country are driven to cause such destruction to life and property. For such lynchings and violence to become normalised in India, a major chunk of the population should have a unified sentiment of strong hatred, that drives them to be okay with the probability or being criminals. It is only if such widespread dissatisfaction exists that a force can tap in, to cause havoc across the entire nation.

The Delhi riots in 1984, the Bombay riots in 1992-1993, and the Gujarat riots in 2002, took the levels of exemption from accountability for authorities to a low nadir—lower than what could have been imagined. A chronological analysis of communal violence since India’s independence reveals a poor result on justice. Unfortunately, we have extant examples of victim survivors, Muslim, Sikh, and Christian, who are still waiting for the first stages of investigation and trial to begin, decades after the crimes took place. The Prevention of Communal and Targeted Violence Bill 2011 is an attempt to address the imbalance and the despair caused by over six decades of discriminatory delivery of justice.

In most cases, minorities are the ones that become the targets of such attacks. It is imperative that the government take note of such grievances and problems, and ensure that proper justice is provided to those who suffer at the hands of the vicious mob mentality, since letting such crimes go unnoticed or unpunished goes against the principles of democracy that our country so proudly upholds. As a nation, we must protect the rights of the minorities. Not doing so would send an extremely dangerous message of autocracy, and nationalism.