Here’s what is at stake in Ukraine’s Presidential elections, which will take place on Sunday. 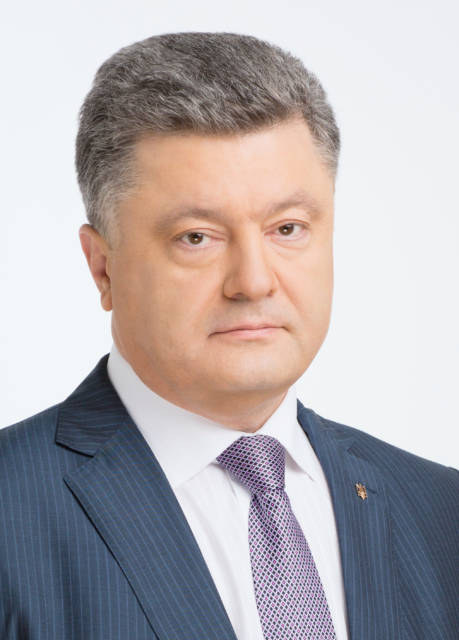 Ukrainians will cast their vote in a historic Presidential election on Sunday. Washington, Brussels, and Moscow will await their decision with interest.  Smooth EU integration for Europe’s resource-rich bridge between East and West is at stake. Judging by the first round polls Ukraine’s choice of future leader appears twofold.

Ukraine’s problems have remained constant in the long-run; staggering home-grown corruption, economic stagnation, and the ongoing war in the East are all factors. Russia certainly plays a part in these difficulties. Since the breakup of the Soviet Union, the Kremlin fought to ensure Ukraine remained bound to Moscow. The Euromaidan revolution in 2014 signalled a blowback against long years of misrule. This was led by fervent masses of nationalists, youth, westernised activists, all desperately seeking new hope. Moscow-friendly President Viktor Yanukovych was quickly deposed. Russia’s infamous annexation of Crimea followed. The war which ensued in Donbas is now officially recognised as the longest and bloodiest on European soil since the end of WWII. It has claimed the lives of over ten thousand people to date.

The Candidates for Ukraine

Petro Poroshenko, the fiercely anti-Russian incumbent took charge following 2014’s Maidan movement and implemented a number of reforms. Most notably granting autocephaly to Kyiv’s patriarchs and rebuilding the army from scratch. He also secured historic freedom of movement agreement for all Ukrainians within the EU. At the centre of his campaign is a renewed effort to stamp out corruption and tighten the military. All framed under the heavily nationalistic banner of “army, language, faith”. However, despite early promises, Poroshenko too has fallen foul of embezzlement allegations. Eighty-four percent of all voters in the first round stage voted against their current leader.

Volodymyr Zelensky, the largely EU and Russia friendly maverick says he wants to harness the potential of Ukraine’s people. His plan is to devolve greater powers to local authorities and combat the unaccountability of Kiev’s elite. However, his political credentials are questionable, as he is best known for playing Ukrainian TV’s foul-mouthed answer to Jed Bartlet. The real Zelensky is a TV comedian who continues to attract criticism for his “vague” grasp of serious policy. His absence in official, televised debatesonly stirs further doubt.

The real question remains who stands behind Zelensky? And what agenda will he pursue if he wins? That spotlight falls currently on Igor Kolomoisky, multi-billionaire and subject of multiple criminal investigations both at home and abroad. Why he chose Zelensky specifically is unclear, but his motivation may lie in Poroshenko’s recent reforms to banking and low-cost airlines. These have seriously damaged Kolomoisky’s business interests; Privatbank, Ukraine International Airlines and Ukrnafta above all.

Strong judicial and electoral systems serve as the linchpin for any democracy. Ukraine’s current electoral system is riddled with injustice. Half the MPs are chosen from single-member constituencies in a first past the post system. Many of those elected come through a closed party-list representation system. Today, Ukraine ranks 120 out of 188 in Transparency International’s Corruption Perceptions Index. Government and security officials are regularly embroiled in extortion scandals. The elite group of perpetrators behind civic activist Kateryna Handzuik’s horrific murder was a case in point. Corruption flourishes in all developing nations, but calls to cleanse the judiciary and dismantle the oligarchs’ stranglehold across sectors are mounting. Contrasts with neighbouring Polanddemonstrate just how far Ukraine could have come since the fall of Communism.

Despite positive signs of growth in recent years Ukraine still holds little allure for foreign investors. This leads to a lack of competitiveness in the market and a monopoly on state assets by powerful tycoons. If Ukraine demonstrates efforts to reduce its $20 billion dollars external deficit then it would be in western interests to offer support. This would also consolidate the West’s influence in Kyiv going forwards. However, without these measures, Europe does not need further crisis on its borders.

Energy too features heavily on the agenda. When the existing transit contract with Russia ceases in Winter 2019, it is likely that Moscow will terminate the majority of gas flow through Ukraine. Whilst the shift threatens to diminish Ukraine’s geopolitical stature, Gazprom will still need Ukraine’s biggest pipes. New negotiations will present the successful candidate with an opportunity. Of the two, Poroshenko is more likely to abide by progressive EU rules as opposed to the old unfavourable close-door deals. Continued efforts to bolster domestic production are also key.

Recent progress involves improved taxation, more efficient exploration and production rules, and greater transparency of the processes involved in hydrocarbon development. However, most of these benefits will only be felt in the years to come. Ukraine’s resourceshave the potential to transform the country into Europe’s third largest energy provider. Corruption, low investment, and Russia’s dominance of the sector thus far prevented that. Any such move which promises to boost job creation and increase cooperation between the regions connected by the pipeline would be a strong step towards prosperity.

Defence and an End to the War in Donbas

The outcome of this month’s election will determine the next phase of the conflict. If Kyiv continues its new European trajectory under Poroshenko, then Russia’s support of Eastern Ukraine’s bloody militias will intensify. It is for this reason that Poroshenko’s campaign hinges so heavily on defence and the need to accelerate accession both to theEU and NATO. According to experts the proposed timeframe by 2023 is unrealistic, especially for NATO. However, if Ukraine can demonstrate compliance with key EU member criteria in the short term, then the promise of future NATO membership would serve as a strong incentive to stay on track.

Regarding the military, investment and capacity building are a high priority. Until 2014 Russia and Ukraine enjoyed close military cooperation which ceased abruptly when the war began. The sudden loss of funds and resources left Ukraine dangerously exposed and it was this crucial moment that Moscow exploited in Crimea and Donbas. Other post-Soviet nations that are under Russia’s imminent threat have successfully acceded to NATO. Ukraine likely poses a uniquely vulnerable (and valuable) asset.

On a positive note, initial results indicate a genuine endorsement for EU integration. The strongest pro-Russia candidate, Yurii Boiko, scored only 10%.  The fact that all is still to play for is a nice homage to Ukraine’s emerging democracy. However, with a TV comedian at the helm, the country’s future appears fragile. The prospect of someone so unversed in key matters of national interest plays squarely into Russia’s hands. If Poroshenko is to turn the tables then his hopes either lie in undemocratic means of voter suppression and unearthing more kompromats. Or alternatively in playing the dignified ‘commander in chief’ which is what he appears to be doing in agreeing to face Zelensky in an official televised debate. This next stage will be the period of behind the scenes deal-making. Whether or not Ukrainians hold their nerve and oust Poroshenko’s ‘safe pair of hands’ remains to be seen.