Trump has ignored the advice of fellow U.S.lawmakers, and has demoted India from its earlier ‘Preferred Trade Partner’ status with the US. How will this affect India’s trade deficit, and its ties with the US? 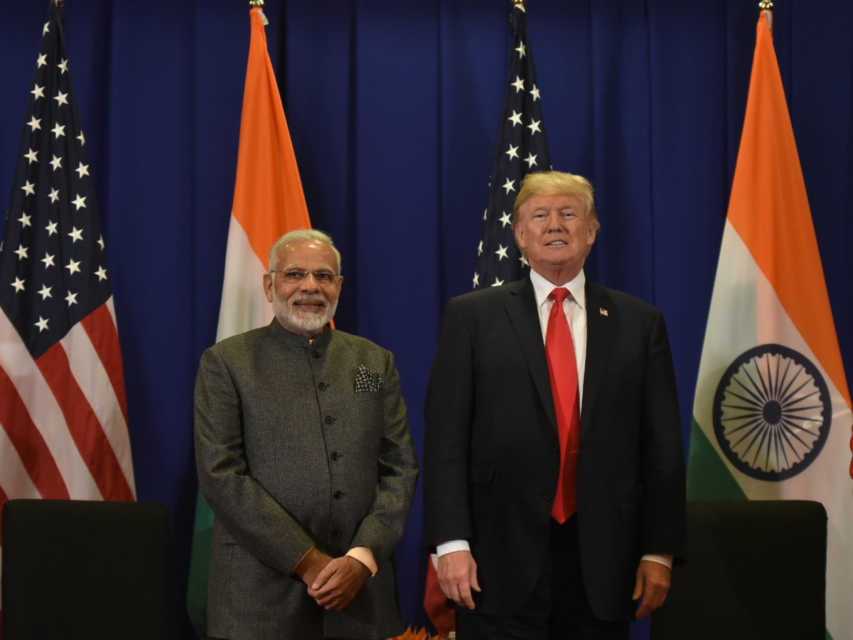 Within days of US president Donald Trump describing India as the “tariff king” for charging the US over 100% tariffs on a large number of products, the US officially ended India’s preferential trade status.

“We have a case where a certain country,” he said, and added, after a dramatic pause, to laughter, “India” at the Republican Jewish Coalition in Las Vegas on Saturday. Trump continued saying, “[…]what great country, a great friend, Prime Minister Modi—charging us over 100% for many things”.

Calling out Prime Minister Modi for the trade imbalance with the US, he ramped up the anti-India rhetoric, saying, “I have Senators who say, you can’t do that. It’s not free trade. Where did they come from?”

“Who the hell makes these deals? Those are not good negotiators. Actually, Democrats made a lot of them though. But Republicans met a lot of up too[sic], that’s the amazing thing. They made USD 800 billion. But we’re getting it back. We’ll get to give back. We’re going to be getting a lot of it,” he is reported as addressing the convention.

On Monday, US president Donald Trump notified Congress that the US would be ending preferential treatment for a host of Indian goods which, under existing laws, enter the country duty-free. The changes, likely to take effect from June, stand to affect 3,500 Indian goods and benefits worth $190 million a year.

Months of ongoing trade differences and simmering tensions are believed to have come to a head as the US administration hits India with the first of such economic sanctions for what it considers “unfair trade practices”.

Another Asian nation, Turkey, has also become a target in the ongoing trade wars. The benefits enjoyed by both nations under the programme will end, according to a letter drafted by Trump.

Several American lawmakers, reportedly, urged Trump to delay his move of taking India off the ‘Preferred Trade Partner’ list. They reasoned that the move could wait until after the general elections in India, which are set to take place in April and May. This, they argued, would help make a decision which is in the best long-term interests of both nations. Nonetheless, president Trump seems to have gone ahead with implementing his decision.

Established in 1974, the Generalised System of Preferences (GSP) intends to provide economic access to developing countries by removing import tax barriers and increasing their trade with the US.

Ending preferential trade treatment under the GSP would mean a suspension of all these benefits that were extended to emerging economies, in a bid to promote trade.

Why has the US taken this step?

The US began to review India’s status under the GSP programme first in April 2018.

In a statement announcing the decision to end the preferential trade status last month, the USTR announced that Trump is terminating India and Turkey as GSP beneficiaries because “they no longer comply with the statutory eligibility criteria”.

According to the US, India has failed to give “assurances that will provide equitable and reasonable access to its markets in numerous sectors” implying that while India is trading duty-free in the US, American products are paying import taxes. Addressing a four-day annual Conservative Political Action Conference in Maryland on Saturday, Trump accused India of being a “high-tariff nation” and threatened to match New Delhi’s heavy duties with “a reciprocal tax.”

Trump’s frustrations with Indian trade policy is public knowledge, especially his fixation with the duties charged on Harley-Davidson motorcycles. However, his grievances also extend to the high tariffs on American goods and the US trade deficit with India, which stood at $27.3 billion in 2017.

Having recently implemented new e-commerce rules, India has drawn further ire from US retail giants like Walmart and Amazon.

How will this move affect Indian exports?

For India, the latest changes will take a particularly heavy toll, because the country’s long-widening trade deficit, makes it rely on exports. The US remains India’s top export partner, receiving more than $48 billion in goods from the Asian country in 2017, while India remains the GSP’s biggest beneficiary, exporting about $5.6 billion in goods to the US under the programme.

However, Commerce Secretary Anup Wadhawan informed BusinessLine, “Of the about 3,500 products it covers, India made use of the concession for just 1,784.” Chief among Indian exports to the US are heavy motor vehicle parts, precious-metal jewellery, and insulated cables.

Wadhawan said India’s chief concerns, regarding imports from the US, were mainly regarding affordability of medical devices, fair pricing, and dairy products. As recently as March 2019, US had also raised issues related to market access for various agriculture, animal husbandry, and information and communications technology products, the terms of which were largely non-negotiable to India, in lieu of its ‘national interest’.

When the US first announced the possibility of suspending the GSP status, India had shrugged it off, with the Office of the Commerce Secretary claiming that the withdrawal of the scheme will not have a significant impact on exports as the benefits to exporters are limited to $190 million worth of annual damages. According to some reports, Indian officials were confident that bilateral talks would iron out the differences and should that fail, India will not shy from imposing retaliatory tariffs on US goods.

India is reportedly mulling over imposing a counter-tariff burden of $290 million on nearly 30 products imported from the US, including walnuts, chickpeas, and chemical goods.

India had initially planned to enforce them last year after the US increased duties on steel and aluminium imports, but the move was deferred after US deigned to exempt India from the crippling high tariffs.

This move is the first time that the Trump administration has targeted a country that it has long-sought to cultivate a strategic partnership with.

It is also a deeply political issue with Prime Minister Narendra Modi’s blossoming friendship with Trump being a talking point for all pro-government media, which has led many to believe that the US will have our back in case of a nuclear showdown with regional rivals. More importantly, there is widespread hope that the US will continue to extend migrant workers and students from India, the same courtesies and preferences enjoyed by them earlier.

Despite offering military cooperation, mainly to serve their own benefits and keep China’s expanding powers on a leash, the American Republican government has been lax on core issues that affect the Indian diaspora in the States.

Racism, xenophobia, denial of permanent citizenship, discrimination based on colour, and systemic ghettoisation have led to fractured communities, routine deportations and a surge in racially-motivated hate crimes. Moreover, the changes introduced to the H1-B worker’s visa starting this season, will not only cripple the American labour sector, but also deliver a huge blow to the prospects of Indian workers and students in the US.

Now with preferential trade treatment off the list as well, India needs to re-examine its relationship with the US on all fronts and take decisive action, both in terms of retaliation and crisis mitigation. Our considerably weakened economy, with a fluctuating rupee, volatile global landscape, and market meltdowns, should ideally think beyond the possibility of a tariff-standoff; if anything, China’s sluggish economic growth in the aftermath of the tariff war should serve as a fair warning.

What about the markets?

Last year, the Trump administration had initiated a trade war with China, over tariffs besides intellectual property theft, but both nations are reportedly nearing a deal to de-escalate the stakes. With the suspension of GSP with India and Turkey, Trump seems set to open a new front in trade wars. Monday’s punitive step is perfectly aligned with the administration’s outlook; it comes from the same stock as Trump’s “America First” policy that he cites to ward off immigrants, and that has gained massive traction with the conservative voters.

The GSP, on the other hand, rests on the foundations of free and open trade. But Trump’s protectionist policies have impeded transnational trade for mutual benefits, more than any other US regime in the recent past. However, with gold and crude prices at a high, the US market seems to have hit a sweet spot, with CNN predicting on April 5 that this remarkable stock market recovery could just be getting started.

“US stocks are closing in on all-time highs. And stock market bulls don’t expect to be disappointed anytime soon,” the publication said, adding, “The first quarter was phenomenal for markets, which have been trending higher on optimism about the Fed’s dovish turn and a potential trade deal between Washington and Beijing.”

Notably enough, the growing friction between India and the US did not seem to have led to decelerated US exports to India, which according to the Washington Post, has grown by 25% in the last 12 months.

In the meantime, Dalal Street will have a hard time coping with sluggish exports growth. It has already spooked domestic stocks and could further impact the rupee which has only just begun to stabilise against the dollar. Analysts are hopeful that this tussle will lead to a trade deal rather than a war.