It is about time that the rights of the tribal communities are acknowledged and addressed as part of mainstream politics and governance. 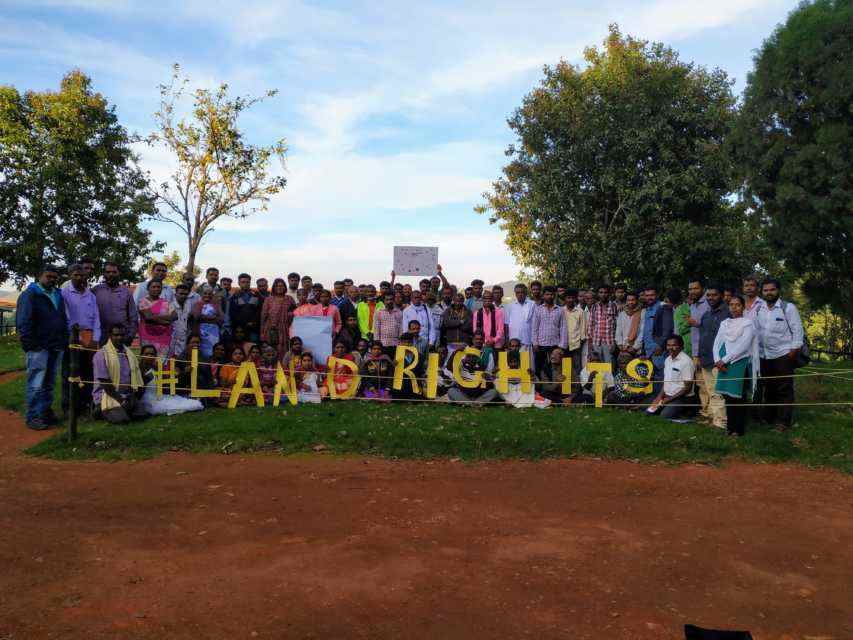 The Supreme Court has stayed the order on the eviction of millions of tribal communities living in forests. Credit: Keystone Foundation/Twitter

With the recent detainment of Jean Dreze in Jharkhand, one really wonders how out of touch our democratic institutions are with the grassroots. The economist’s detainment, along with two other activists, who were allegedly holding a meeting on the right to food and pension without explicit and prior permission from the authorities, is a signal of an increasingly intolerant and hierarchical structure. It seems like this structure believes in the politicisation of every move and circumstance for the political gain of a few, at the cost of the rights of millions.

The targeting of Dreze, a renowned development economist, who helped draft the National Rural Employment Guarantee Act (and later led protests owing to gaps in its implementation), and is known for rooting his work in grounded theory, is one such telling instance.

The rights of tribal people and their spaces has been a point of deep discussion in recent times. And of course, the discussion about tribal livelihood, health, and ecosystems, among others, in Indian politics is long overdue. However, the subject has been sparingly addressed in the ongoing political campaigns and manifestos, and this comes as no surprise.

The claiming of their spaces

The issue of opening up coal blocks in the dense forest region of Hasdeo Arand has come up again in the last few days of the Modi administration before the Lok Sabha polls of 2019.  However, the fact remains that the problem has roots in a decision taken during the UPA regime.

The approval of the two, presently operational coal blocks, was given in 2011, when Jairam Ramesh held the environment portfolio in the cabinet. These two blocks are: Chotia and Parsa East & Kete Basen (PEKB). They were both approved despite the 2009 decision that marked Hasdeo Arand as a no-go area for coal mining.

The reasons cited in support of this decision were that certain topographical features apparently demarcated them as fringe areas with no impact on the main forest. However, the approval was given under the condition that “the State Government shall not put forth any new proposals to open the main Hasdeo Arand any further for mining purposes.”

Nonetheless, proposals seeking clearances for coal mines in the regions made their way to the authorities. Multiple times. Instead of executing the decision made in the pre-emptive condition mentioned earlier, these proposals were considered rather favourably. Some were given the green signal to prospect for coal, while others were asked to carry out an Environment Impact Assessment. Meanwhile, the two operational mines have also been given the go-ahead for capacity enhancement.

In short, about 5% of the 1,70,000 hectare forest of the Hasdeo Arand region has effectively being opened up for coal mining. Considering past approaches to containing such activities in the area, this is just the beginning.

As a result, the Supreme Court recently responded to a PIL and issued notices to the Centre, the state governments of Rajasthan and Chattisgarh, and the joint ventures floated by the Union Bank of India and the Adani group, about the various violations perpetuated by operations in these coal blocks.

This permission to conduct such human activity in India’s densest forest regions at its heartland, is starkly in contrast with the alleged spirit of the recently-stayed eviction order that was served to over a million tribal individuals. The argument made by the petitioners who brought this case into action, was that human occupation of these forest areas was leading to the latter’s deterioration, alongside negatively impacting the wildlife population.

Compare that with the Hasdeo Arand region, where the Adivasi clan of Gonds have been living since pre-historic times. Their existence and livelihoods, which are dependent on forest produce, have not interfered with the elephant corridors in the region, where human-animal conflicts have been reported in recent times.

The continued jostle endured by various tribal groups in the country for space, points toward a very alienating approach taken towards their identities and rights. This treatment dates back to the colonial-era anthropological methodology which studied the varied Indian demographic as per the caste structure, thereafter codifying it through legislation, and force-fitting those who do not fit the structure (such as the myriad Adivasi groups across the nation) into it anyway.

This treatment turned a blind eye to their unique socio-political cultures, and normalised them as the fringes of the larger society.

When the Bharatiya Tribal Party (BTP) announced its decision to field its candidates in the upcoming election, the issue of a unified tribal policy, referred to as Adivasi Neeti, came up again. Its implementation has been long-stalled, alongside the state governors’ power as the guardian of the Adivasis, under the fifth schedule of the Indian constitution and the provisions of schedule Article 244.

The Congress, which recently announced its manifesto, highlighted the issue of ‘caste and communal violence’ and pledged to protect the Scheduled Tribes, among other vulnerable populace, from it by mobilising an impartial police force. The party, which has been a proponent of votebank politics as early as the 1980s with the KHAM theory in Gujarat, proposes a Model Police Act, which the party promises to table in the Parliament when it comes to power.

However, one wonders about the effectiveness of these approaches when set against the historical fact of the Muthanga agitation, which was violently quelled by a democratically-elected government in the region of Wayanad, which is also where Congress president Rahul Gandhi is contesting from.

In addition, they also promise to repeal the Habitual Offenders Act, 1952— an act which has roots in the colonialist government, while having historically stigmatised and targeted the tribal communities more than others, and which was nearly repealed in early-2018— while implementing a special census of denotified and semi-nomadic tribes across India. The Congress hopes to develop other affirmative action strategies through an ‘Equal Opportunities Commission’, which it hopes to set up if and when it comes to power. While withdrawing the Citizenship Bill, they also promise to resolve the inconsistencies between the Forest Rights Act and the Compensatory Afforestation Fund Management and Planning Authority Act (CAMPA), 2005.

Last year, the Supreme Court pulled up the Centre for not using the CAMPA fund, which was to the tune of Rs 90,000 crores, for forest restoration purposes. The court went on to accuse it of mis-directing the money to civic and municipal uses instead. The Compensatory Afforestation Fund (CAF), under which the CAMPA was set up, clarified its rules in February 2018. This was long-awaited, and in the meantime, several afforestation initiatives under its umbrella, were said to be in violation of the Forest Rights Act.

Although former Jharkhand chief minister Arjun Munda claimed to have advised the 15-member manifesto committee at BJP, to include tribal rights and welfare as part of the manifesto, Sankalp Patra, it doesn’t seem to be particularly emphasised except for a broad section titled Antyoday, aimed at the ‘upliftment of the weakest sections’.

In the past, tribal issues have largely gone unseen by the manifestos released by parties as they compete for power at various levels of the Indian state. Ignoring these issues is not without political consequence, as a recent study by Community Forest Resource-Learning and Advocacy, an NGO network, finds: with nearly 133 constituencies (total: 543) having a large proportion of forest-dwellers, the count of those eligible for land rights under the Forest Rights Act (FRA), is more than the margin of victory in over 95% of those seats! BJP’s loss in the recent state polls in Madhya Pradesh, Rajasthan, and Chhattisgarh, where tribal population is large, could be considered telling of the democratic power of those affected by the poor implementation of the Act. This means that addressing the rights guaranteed under the FRA, potentially holds sway in the upcoming Lok Sabha elections.

One hopes that the political will of the coming years addresses these complex issues, instead of targeting the likes of Dreze, who are seeking to resolve this dissonance in policy and field reality. Beyond the issue of tribal claim to space, the systemic marginalisation of these groups has delivered them at the bottom of the socio-economic pyramid.

But first, to help them recuperate, they must be given a room of their own. It is important to legitimise their claims to space and respect their lifestyles, instead of constantly thrusting mainstream ideas of development as a contest to them.

A fitting quote from Dreze that summarises the issue, and echoes the sentiment of ‘going together to go far’: “Economic growth can certainly contribute to development, in the sense of a widely shared improvement in the quality of life, but it does not go very far on its own.”