Will the ‘Study in India’ campaign reverse the brain drain among scholars?

The campaign is hopeful about resolving the problem of India’s brain drain; but is it targeting the right parameters? 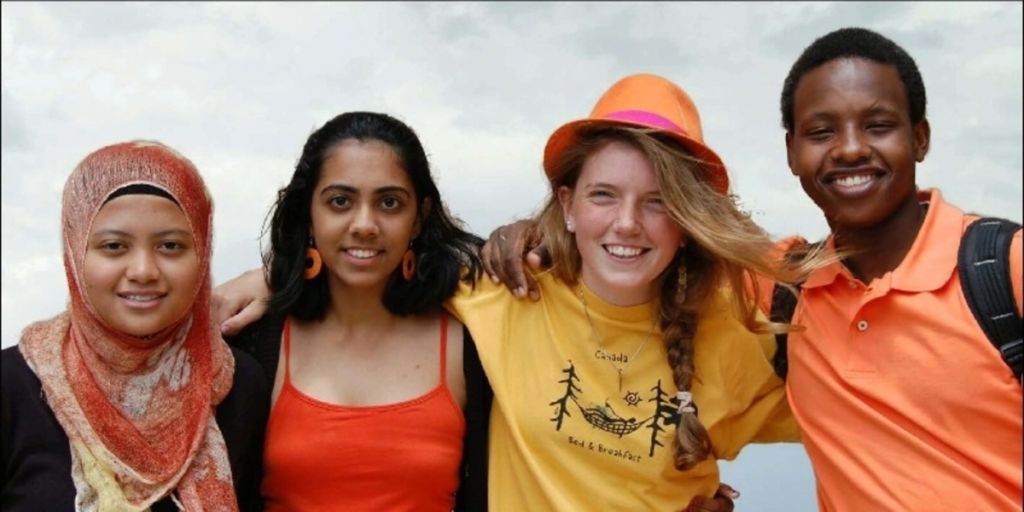 Global integration and international exposure are the main reasons why Indian students seek to study abroad. Credits: US Department of State

Despite boasting of the third largest education system in the world, India has never been an attractive destination for foreigners to pursue their higher education. The Indian government hopes to turn the tables around on this issue with its ‘Study in India’ initiative.

‘Study in India’ was launched on April 18, 2018 by the Ministry of Human Resources and Development (MHRD) to attract international students to pursue their higher education from Indian colleges and universities. Partnering with over 160 premier institutes, the campaign boasts of courses from the undergraduate level to doctoral research positions. In its entirety, it pledges 15,000 seats to foreigners. Moreover, the campaign promises its students not just superior opportunities, but also a holistic approach when it comes to their academia and personality.

The new scheme is viewed as a major step taken in lieu of reversing the brain drain phenomenon. Currently, Indian institutions have 45000 international students enrolled, which translates to a marginal one percent global mobility. The programme’s agenda is to attract 1.5-2 lakh students by year 2023, which the government hopes to achieve by banking on the premier IIT and IIM institutes. In comparison to the minuscule international student community, there are over 5.53 million Indian students who are enrolled in universities overseas, a number that clearly outweighs what we aspire for. So what causes this imbalance?

Students aspire to be associated with universities that are globally ranked, and seek to be a part of their intellectual legacy. Considering Indian universities have consistently lagged behind on global rankings, it comes as no surprise that we are a great source of brain drain. However, this isn’t the only thing that students are in search for.

High-quality short-term courses abroad, are in high demand by Indian students, many of whom are willing to pay the price, however expensive it might be. The tag of being  UK- or US-educated not only adds to the weight to your resume, but also in the eyes of your parents (yes, even today). Also, how can we ever forget our mom telling us, ’You’ll only realise my value when you have to start doing things on your own.’ Most of us, having grown up in the cocoon of protective parents, have a heightened need for privacy and financial independence, which manifests in the form of moving abroad.

The cost of acquiring education hasn’t deterred Indian parents from shipping their kids off to elite schools for business and art; it’s no longer a luxury just enjoyed by the crème de la crème of society. With the Indian education market being intensely competitive on the demand side, consumers are willing to pay a solid fee to ensure that high-quality education is availed.

International exposure is also cited as a major reason. It adds to the all-round development of students who not only get to interact with people from different walks of life but also mingle with different cultures. The process of global integration is catalysed when one decides to move beyond geographical boundaries.

Foreign universities are more than happy to welcome international students as part of their programmes as their own home-bred students occupy a marginal number of seats. It may be safe to say that India is a ’fountain of youth’ as it has the competitive advantage of demographic dividend. With a rising share of working age populace, India is one of the most important markets for international universities to tap into and secure their revenues.

With ‘Study in India’, the government hopes to resolve all of these problems. It aspires to show the Indian education system in a brighter light by attracting foreign students to pursue their education in here. Not only would this strengthen India’s position on the global footprint, it would market the Indian education system to the entire world and improve the global ranking of Indian institutes. A combination of affordable tuition fees and a chance at a culturally enriching experience makes the government optimistic about the success of the initiative.

The policy aims to entice students primarily from Asian, African and Latin American nations by offering attractive fee waivers like General Scholarships Scheme (GSS), the Scholarship Programmes for Diaspora Children (SPDC), which is aimed at people of Indian origin (PIOs) and non-residential Indians (NRIs). The seed has been sowed in India for educational tourism in two forms- low tuition fee as well as attractive scholarships.

The emergence of Liberal Arts in India will help the campaign

Majority of the institutes might still be offering the traditional B.Com, B.Sc and B.A degrees but educationalists are taking the road less travelled—liberal arts. A western concept that is finding its fair share of takers in India, liberal arts is creating a repute of its own. No longer is it viewed as a path for those who are confused and lack clarity as to what they wish to pursue professionally. Liberal arts, which allows students to explore different avenues is being viewed as a credible method for the holistic development of a young adult. Along with the advantage of having a varied curriculum, universities also offer state-of-the-art facilities, all of this which comes at a hefty price tag.

Ashoka University is one such school that is vigorously pursuing its ambition of providing the ‘Ivy League’ experience to Indians. They have carved their niche as advocates of a liberal arts education. and emphasize on not just honing individuals professionally, but also aspire to bring about societal transformation.

‘Study in India’ isn’t the first solution that the Indian government has come up with. Various fellowship schemes like the ‘Ramalingaswamy Re-entry Fellowship’, ‘Ramanujan Fellowships’ and ‘Innovation in Science Pursuit for Inspired Research’ have been launched previously in the hope of retaining talent in the field of science and technology. They were meant to draw scientists to build their careers in Indian institutions. Under the ‘Ramalingaswamy Re-entry Fellowship’, 312 scientists have returned to India since 2007 out of which 203 have been engaged in faculty positions. A survey carried out validates the effectiveness of launching the ‘Ramanujan Fellowships’ by stating that 69.7% of fellows were able to get permanent posts within two years of being recruited for the fellowship program. Although the INSPIRE scheme does not guarantee employment at the end, it has thrived in absorbing more than 450 scientists as faculty.

Will Study in India work?

Most universities’ pedagogy is instruction-based and centres around the lecturer; it is plagued by traditional teaching methods and rote learning. Critical and lateral thinking are the need of the hour. Although private universities are headed towards following unconventional teaching methods, students and faculty are still alien to the whiff of intellectual freedom. We do have intelligence in abundance but the lack of resources required by a scholar pushes people to move out of the country. With outdated curricula and pedagogy, one might not exactly find India to be well-equipped to prepare students who seek to be part of the professional spectrum that requires lifelong learning and upskilling. A foreign student might only view the opportunity to be educated in India as an exotic experience in a developing nation.

The implementation of ‘Study in India’ clearly comes at a time when India has fallen prey to brain drain. The problems of unemployment and underemployment have catalysed the process of Indians moving beyond the borders in search of higher income, better lifestyle, and access to a superior healthcare and education; essentially a better quality of living.

As skilled workers continue to migrate at a faster pace, the only question that needs to be raised is that why the government is tailoring policies for foreigners when it is very much aware that the number of Indians leaving outdo the number of foreigners the policy is aimed at. In terms of the policy doing well, yes, it will be successful in attracting students who are from developing countries like Nepal, Laos and Tajikistan to name a few, but this won’t put an end to Indians moving out in large numbers.

A burgeoning number of Indian colleges have been unsuccessful in creating demand for their offerings, and I’ve started to believe Jean-Baptiste Say might be wrong after all about supply creating its own demand.