The relationship between music and math

If music is a pattern of sounds, then mathematics is the study of such patterns. How closely does the study of music correspond with that of math? 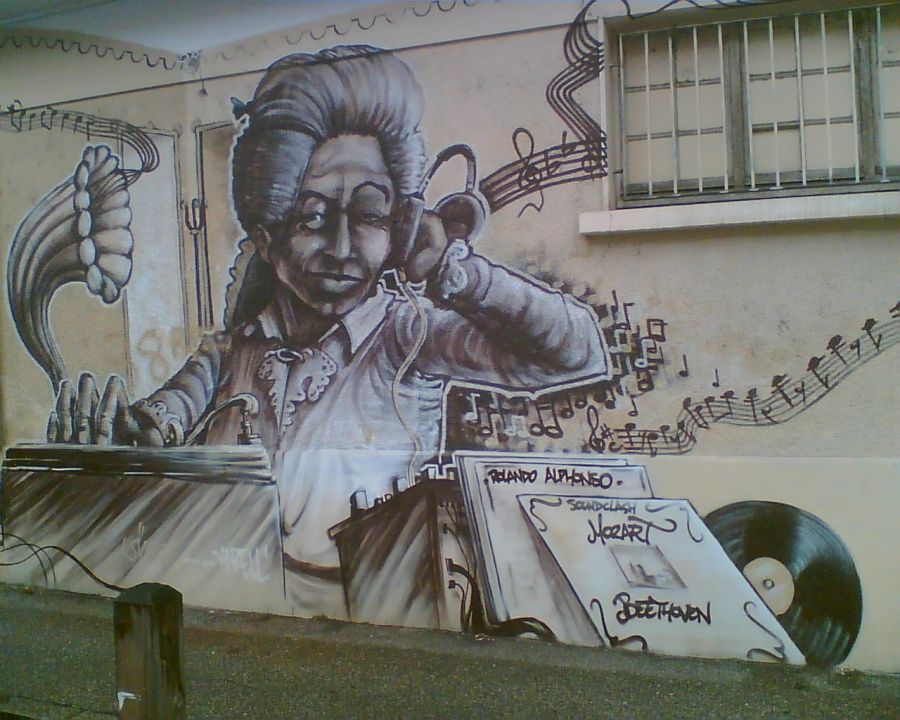 “There is geometry in the humming of the strings, there is music in the spacing of the spheres.”

It may sound absurd and paradoxical, but Beethoven, one of the most celebrated music composers was deaf for most of his lifetime. What then contributes to the popularity of his music? The answer, much to our bewilderment, lies in his mathematical understanding of the piano notes. A very good example would be his famous musical piece called the “Moonlight Sonata”, where the notes are grouped together in triads and contain an interval which is geometric.

What connects music and math?

Music involves creating patterns of sound, whereas Mathematics is the study of patterns. Research has found out that popular pieces of music have definite mathematical structures that are less evident in others. These patterns appeal to our innate desire for mathematical rhythm and patterns.

Greek philosophers like Aristotle and Pluto believed in the existence of a solid connection between music and mathematics and included music as a genre of mathematics.

It is said that Pythagoras formed the connection between music and math when he heard a smith hammering the anvil. He found out that they formed harmonious beats because of the order of the weights which were being hit. They were in the ratio 6,8,9 and 12 pounds, which formed Do, Fa, Sol, Do of the music scale.

The beats which make up music are periodic in nature. Creating appealing beats involves the generation of notes with the right mathematical combination and changing frequencies and periodicity. A musical scale consists of a discrete set of pitches, having a repetition interval called an octave. The relation between the pitches is an important determining factor in the creation of music.

Melody is made up of waves and mathematically, a perfect melody, when graphed makes a sine wave. It is known that sine wave is the most perfect wave and can be made only in the laboratory or by a tuning fork –  which is evident even in the movement of the tongs when it is vibrating.

Universally, it is found that humans love music involving smaller ratios of frequency between two notes, the gap being called the interval. The double helix structure of the DNA is twisted in the ratio 2:3. This proportion resonates the fifth – a popular interval, as anyone having musical knowledge would know. This structure, I believe, is what binds humans to music.

Studying music, thus, is made more effective by studying the underlying mathematical concepts such as geometry, combinatorics, trigonometry and differential calculus. This is further explained in a book called “The Topos of Music” by Guerino Mazzola, a Swiss mathematician and a jazz pianist.

There is mathematics in musical instruments

A simple willow flute gives out soothing music, thanks to the mathematics applied while making it. The willow flute is around 50cms in length and has a wooden plug at one end, with a hole at a short distance from the end. The sound is produced by blowing into the flute with varying force while covering the whole hole or a part of it, say one-fourth or half of it. Leaving the end open produces a fundamental tone with its overtones, while keeping it closed produces a different harmonic.

The Fibonacci series consists of a series of numbers in which the present number is the sum of its two preceding numbers. In music, this can be seen in piano scales where the keys form a golden ratio (1.618) – the ratio formed in the Fibonacci sequence.

Violins have four different strings – G, D, A, E. Creating a note involves the string vibrating at their fundamental frequency. The relationship between the fundamental harmonic and the rest of it can be expressed by a sinusoidal equation.

Learning and solving math involves the spatial region of the brain. The “Mozart effect” claimed that listening to Mozart’s music makes children smarter. Though not entirely true, it helps children perform tasks involving spatial-temporal reasoning more effectively on a short-term basis. The effect consequently wearing off after 15 minutes or so.

Research has found out that it was not just Mozart’s music, but that enrolling children for any kind of music lessons from a young age helped them in academics, especially in math as it involves the spatial memory. According to a study, just the tapping of a beat helped children learn fractions at a faster pace. A more detailed study found out that children who learnt certain aspects of music, like those dealing with rhythms and pitch performed better than those who just learnt traditional music as a whole.

A child who learns music develops physical – mental skills necessary for the enhancement of the spatial regions of the brain. Arriving at the correct part of the rhythm and the necessary ups and downs of the scale exercises this part of the brain which subsequently becomes “trained” to handle complex math problems. In general, children tend to retain information better when it’s associated with music and dance rather than just verbal instructions.

But, not all musicians and mathematicians are made alike

As delightful it may sound, deeming music as a magical potion to learn mathematics is far from true. Music may help learn math at a faster pace but doesn’t necessarily make them experts in the subject. There are several musicians who are good at music but not in math. So are there mathematicians who are not good at music. Music is more about intricate notes and these do not always correspond to mathematical abilities, though it improvises for a short term.

There are two types of people in the world – the ones who argue that music is all about a set of mathematical equations, and the ones who say it’s how God communicates with mankind. I would agree with both of them.

Akshaiyaa V S is a writing analyst at Qrius