The global risk of weaponization in semiconductors

On August 9, President Biden signed the CHIPS Act. It is a prelude in an effort to weaponize the global IT supply chains. 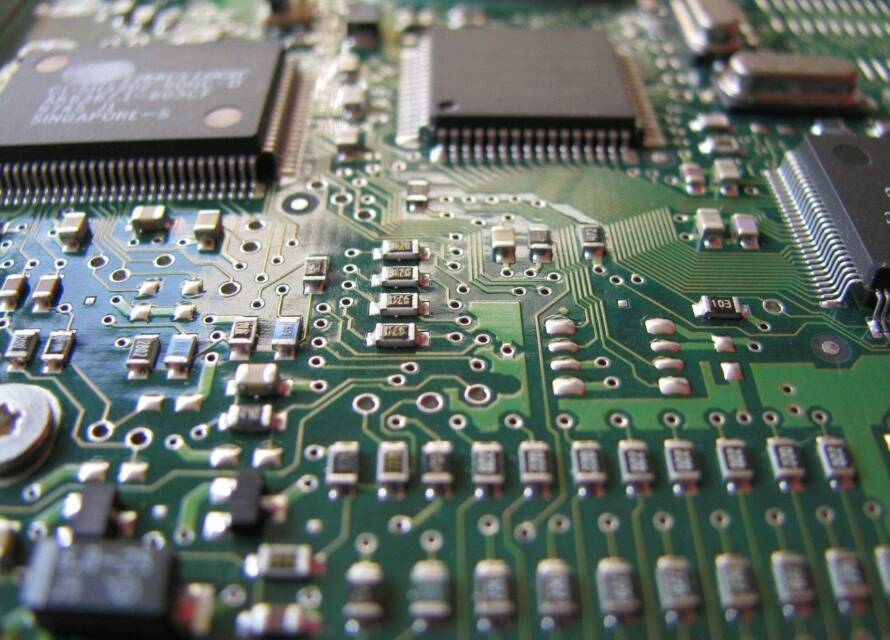 Image by Republica from Pixabay

In international media, the CHIPS and Science Act of 2022 is portrayed as a $52 billion package aiming to boost semiconductor manufacturing in the United States. But the underlying strategic objective is geopolitical.

Today Asia dominates global semiconductor manufacturing. Though a top exporter, US semiconductor industry no longer controls the global supply chains. However, it still accounts for over 80% of the world’s chip design equipment, 50% of intellectual property for chip designs, and half of the globe’s chip manufacturing equipment.

To dominate the semiconductors, which enable advanced military technology, the Biden team seeks to restore the past US superiority in global semiconductors.

The problem is that no single nation can any longer control entire supply chains. Hence, the effort to weaponize the system, to “counter” China.

Currently, the US, Taiwan, South Korea and Japan supply most of the world’s semiconductors, whereas China represents the highest demand in the industry. The Biden administration would like to keep it that way.

In order to restore the US’ supremacy, the Biden administration needs to neutralize future rivals. That’s the likely reason why Washington is also considering restricting U.S. chipmaking equipment from being exported to Chinese memory chip makers.

Such restrictions are designed to hurt China and its progress in advanced technology. But they would also harm South Korea’s Samsung and SK Hynix, which have memory chip operations in China. Japanese semiconductor rivals were derailed already in the 1980s trade wars.

Unsurprisingly, Chinese critics of the “CHIP-4 alliance” call it a “hongmen Banquet”; a well-known Chinese expression for a feast that’s set up as a trap for the invitees.

At present, six US-headquartered or foreign-owned semiconductor companies have 20 fabrication facilities (“fabs”) in America. South Korean Samsung is building a $17 billion fab in Texas, while the Taiwan Semiconductor Manufacturing Company (TSMC) is investing $12 billion on a plant in Arizona. The real costs are likely to prove far higher, as they have already affirmed.

Reportedly, the CHIPS Act would bar recipients of U.S. government funds from expanding or upgrading their advanced chip capacity in China, which has led South Korean firms to review their Chinese operations. That leaves Taiwan.

Hence, the recent Taiwan visit by the US House Speaker Nancy Pelosi, for which the way was paved by the Taiwan lobby (TECRO); Pelosi’s generous supporter that also helped to push through the recent $5 billion weapons sales deal to Taiwan.

In Taiwan, Pelosi insisted on a meeting with TSMC’s CEO Mark Liu, the largest contract chip maker. Reportedly, she said she hopes TSMC will side with the US.

In the long term, US and some of its allies hope to undermine Taiwan’s dominance in semiconductors, however. Effectively, such goals were initiated by the Obama administration, codified by the Trump White House and are now being executed by the Biden team.

In the 1980s, US technology giants pressed the Reagan administration to battle the Japanese competitors. By contrast, Trump and Biden administrations are pushing the reluctant US semiconductor giants to fight China.

The US-Sino ties soured and bilateral disputes escalated in July 2018, when the Trump administration imposed 25% tariffs on semiconductors imported from China, causing significant damage in the US industry. And as companies like Huawei bypassed US suppliers buying semiconductors from Taiwan and South Korea, the tariffs failed to have the desired effect. That’s why the White House is now trying to use an alliance to command the full semiconductor ecosystem.

In early 2021, the Biden administration signaled it planned to move ahead with a Trump administration-proposed rule to “secure” the information-technology (IT) supply chains. That allowed the Department of Commerce to monitor the transactions of governments, including those of China. Reportedly, it is part of the effort to weaponize the global IT ecosystem.

The activities of Eric Schmidt, ex-CEO of Google and financier of Obama, Clinton and Biden campaigns, reflects the new semiconductor geopolitics. Prior to his advisory role in artificial intelligence, Schmidt headed Pentagon’s advisory board to link Silicon Valley with Pentagon. “The US and its allies,” Schmidt urged, “should utilize targeted export controls on high-end semiconductor manufacturing equipment … to protect existing technical advantages and slow the advancement of China’s semiconductor industry.”

Such are the behind-the-façade strategic objectives.

The semiconductor debacles first intensified with the US-Japan trade wars of the 1980s. Eventually, Japan, heavily dependent on the US military, agreed to “voluntary restrictions” on contested export products, bilateral concessions, sky-high US tariffs, de facto currency revaluation, and structural reforms opening the Japanese market to the US.

As a result, Japan lost its mantle of world leader in microchips. Secular stagnation ensued soon thereafter. This precedent obviously makes executive teams uneasy in both South Korea and Taiwan.

Weaponization of the global semiconductor supply chains by any one country would be disastrous to the ecosystem. It would replace industry competition with geopolitical dicta. It would undermine consumer welfare. And it would derail innovation.

The original version was published by China Daily on August 29, 2022