Is the freedom of press dead in Modi’s India?

The Freedom of Press, carefully enshrined in Article 19 of the Indian Constitution, safeguards the right of the media to dissect the government’s actions. Forty years ago, former Information and Broadcasting minister L K Advani categorically asserted in the Lok Sabha that the government “does not believe in any control of the press, latent or patent, crude or subtle”. 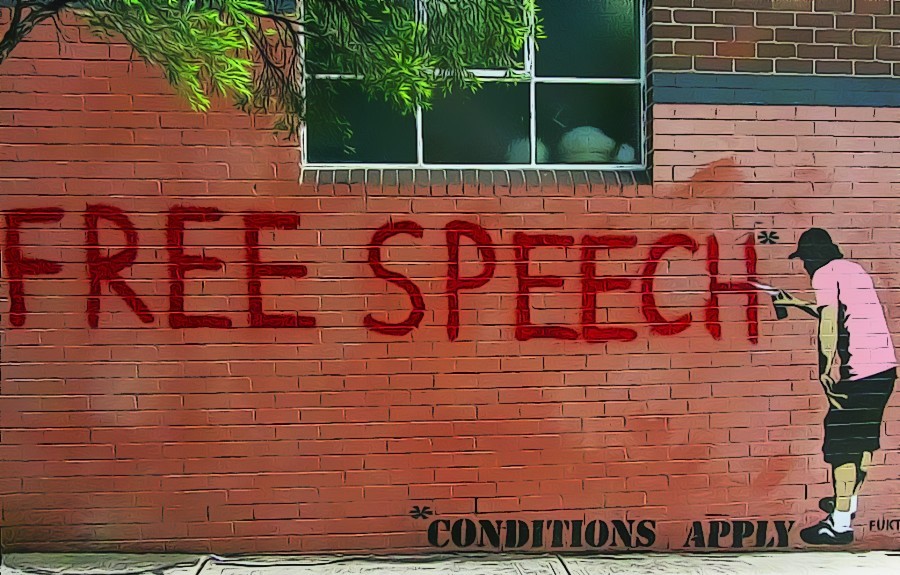 The freedom of press, carefully enshrined in Article 19 of the Indian constitution, safeguards the right of the media to dissect the government’s actions. Forty years ago, former Information and Broadcasting minister L.K. Advani categorically asserted in the Lok Sabha that the government “does not believe in any control of the press, latent or patent, crude or subtle”. The major responsibility of his ministry was to remedy the immense misuse and abuse of media, after the imposition of the Emergency in 1975.

In a speech a few months after his election, Prime Minister Narendra Modi said, “Our democracy will not sustain if we can’t guarantee freedom of speech and expression”. Today, with a rise of right-wing nationalism and divisive politics in the country, this fundamental right is being slowly and painfully asphyxiated yet again.

The 2017 World Press Freedom Index placed India, a country with the largest democracy in the world, at a rank of 136 out of 180. “With Hindu nationalists trying to purge all manifestations of anti-national thought from the national debate, self-censorship is growing in the mainstream media,” the report added.

Freedom of press: The crushed backbone of Indian democracy

Thomas Jefferson, the third president of the US, believed that the freedom of press serves the objective to open “all avenues of truth”, and not just the one the state is directing us towards. He stated that he would prefer “newspapers without a government” rather than “a government without newspapers”.

The Indian state, in contrast, is experiencing a latent but powerful censorship. There are several instances of the free press being forced into quiet submission. The CBI raids against the founders of NDTV, Prannoy and Radhika Roy, on charges of alleged corruption, are viewed as some of the most blatant attacks on the freedom of the press. The assassination of the liberal journalist Gauri Lankesh has also emerged as one of the most contentious and controversial issues in the country.

Left-wing leader Umar Khalid’s presence at Ramjas College in Delhi instigated violent and bloody riots in the city. Khalid was clear: the government is “criminalising very normal political activity as seditious,” he told Al Jazeera. He is a member of the vast coalition of activists, journalists and leaders who feel that threats to freedom of speech and the press have intensified since the BJP government of Modi took office. They feel new forms of censorship are proliferating in the name of preserving “nationalism” and “national security”.

With over 35 crores Internet users in India and 20 crores Whatsapp users alone, fake news has become an unavoidable dimension of contemporary digital media. Currently, India does not have any specific laws to tackle this problem.

Earlier this month, the Ministry of Information and Broadcasting, led by Smriti Irani, sought to amend this. The ministry released circular, announcing amendments to guidelines that the Press Information Bureau follows while granting accreditation to journalists. This empowered the ministry to permanently cancel the accreditation of a journalist if he/she is found propagating or generating fake news. The circular did not clearly define what exactly constituted fake news and was viewed as a severe breach of the freedom of press. Thus, it led to intense media backlash and the order was withdrawn, at the command of the Centre, less than 24 hours after its implementation.

Following the dramatic overhaul of events, the government sanctioned a new order on April 4. According to this order, a decision was taken to constitute a high-level 10-member committee comprising of the secretaries of the ministries of information and broadcasting, electronics and information technology, home affairs, legal affairs and the department of industrial policy and promotion as members.

This committee is responsible for framing rules and guidelines to regulate news portals and media websites. The other members on the panel, the order noted, would be the chief executive officer of MyGov, representatives of the Press Council of India and the News Broadcasters Association and Indian Broadcasters Federation. The committee noted that the idea behind constituting the panel was to “delineate the sphere of online information dissemination which needs to be brought under regulation, on the lines applicable for print and electronic media”.

The need of the hour

As the Modi government moves into its fourth year of governance, there are growing tensions and conflicts about the genuine nature of the freedom of the press in India. On one hand, the rise of right-wing nationalism and saffronist agendas are propelling quiescent yet unmistakable censorship instilling fear in the media and public. On the other hand, the BJP government’s attempts to induce more accountability and responsibility in digital media can expand the idea of a ‘free press’. It seems clear that there is a pressing need that the committee uses its position to generate a sense of responsibility in digital media platforms like Youtube, Whatsapp, Facebook and doesn’t create regulations that further strengthen the position of the government to curtail the freedom of the press.