Take Five: lessons for a successful transition to a low carbon economy

Five simple interventions and case studies for an economy to transition into a low carbon community, while ensuring sustainable development. 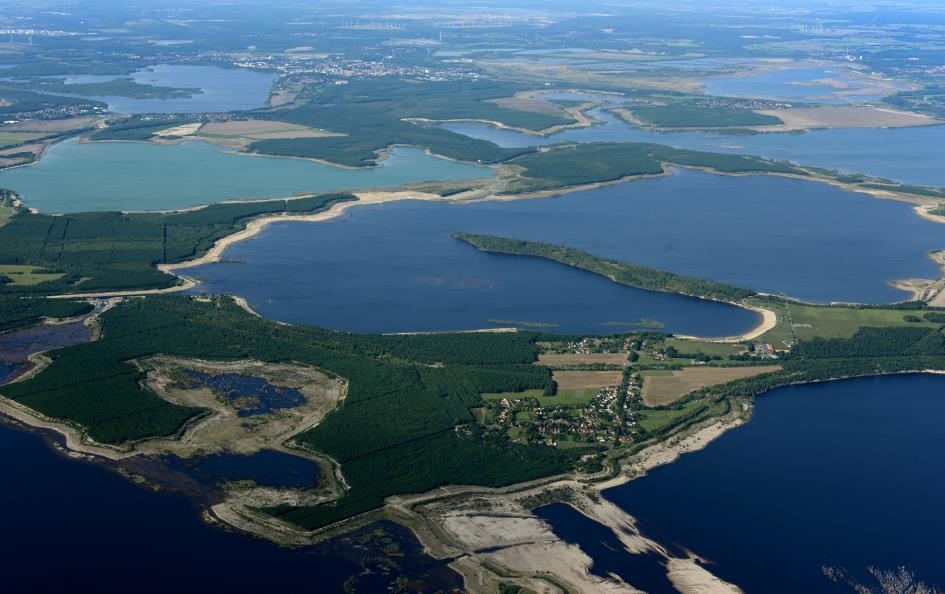 By Lucy Stone and Catherine Cameron

Change is inevitable, and it can leave industries and people behind.

Liam Hildebrand, and his co-workers in the tar sands oil fields of Alberta, Canada, were determined to avoid such a fate. With the price of oil falling in 2015, they were worried that the boom and bust of oil extraction would lead to layoffs, community disintegration, and tough times. They chose a different approach. Instead of staying tethered to the industry, which was facing short-term volatility as well as anticipating long-term decline, they decided to retrain for the renewable energy sector.

The workers of a tar sand field are hardly the people you’d look towards for pioneering climate change projects. However, the worker-led Iron & Earth initiative hints at what could happen if fossil fuel workers seek a shift in their career prospects. Instead of falling into the tiresome either-or debate that pits jobs now against climate later, this group found a solution to support jobs, communities and regions as they transition inevitably from fossil fuel dependence.

Major, deep economic transitions will be taking place over the next few decades. Changes like these keep economies vibrant and adaptive. The move from horses and canals to planes, trains and automobiles ushered in untold opportunities. Climate change creates a sense of urgency and places certain parameters on this on-going change, but upheaval itself is not novel to economies and industries. In many places, the future has already arrived, both in terms of climate change impacts and solutions. Renewable energy is growing not just because of climate policy but because it is becoming competitive with oil and gas.

The question now is how to best support the inevitable transition from fossil fuel to lower carbon based economies.

This transition to renewable, low carbon economies is a huge opportunity to create more stable, healthy sources of employment but it needs smart management. It is not a given that less-polluting, solar installation jobs will automatically be more secure, so the process needs to be managed. Regions that have prioritised tourism as an alternative livelihood following mine closures, may find they replace steady jobs with low paid and seasonal positions. It depends on how the process is designed and steered. Done well it can be both the opportunity that many workers are looking for and support the creation of resilient economies, ready for the 21st century.

There is a race to ensure that carbon emissions stay within the 2 degrees ‘Paris Agreement’ limit. At the same time, it is critical to ensure that communities and workers do not become stranded assets alongside rusty refineries and abandoned mines. Our research found that if communities seek and participate in the transition, they are better placed to speed up the rate of change to meet carbon commitments.

Our research shows that this is possible with meaningful, honest dialogue: with workers, communities, entrepreneurs and low carbon businesses of the future, with local and regional governments, and with universities who can ensure support for the skills and jobs of the future, instead of the fossil fuel past. Government policy can create the enabling environment for smooth transitions, can incentivise industry to co-fund the transition, and be a vital support to fall back on when some workers are made redundant nearer to retirement, or cannot retrain or relocate to new jobs.

Including the employees in the process is important

What struck us during this research was how rare it was for workers to have been consulted. Aside from formal union supported negotiations, there is little evidence on the attitudes and desires of workers in these high-risk industries in the context of facilitating transition. The focus has been on estimating overall job figures, which hides the complexity of where those jobs are, who is able to apply, whether pay remains the same and the identity and community that can come with a job.

Many skills are transferable – electricians, welders, and engineers are needed for clean energy development and management. Of course not all skills map neatly onto the new landscape. Some people will need to be retrained, some supported with creating their own start-ups, and some will need sufficient support for early retirement. Some sectors, such as automotive electrification and energy generation will potentially see an overall net increase in job creation, but some industries such as coal and oil will have greater job losses, although many of these industries have already seen substantial job losses due to automation, efficiencies and outsourcing. The carbon-heavy industries are not the huge employers they once were.

These days, Iron & Earth is campaigning for support to retrain more workers, as well as initiating the retraining process themselves. It has gathered momentum in a short space of time, with thousands of supporters. Some are concerned about job security, some want a job with a better quality of life where they can see their children (workers are often sent away on 3 week shifts, having to spend days travelling to and from their families), some are worried about climate change and want to be employed in a less contentious industry.

Many oil and gas worker skills are already diversifiable, for example, electricians often work in gas as well as oil. Being able to reskill for renewables is simply further diversification for the workforce – leaving them less vulnerable to the transition.

Key enablers for transitioning into a low-carbon economy

Our research into successful transition to a low-carbon economy is just one piece of a much larger agenda involving urban and rural regeneration, education that meets the needs of future job markets, social support packages, economic and entrepreneurial stimulation, and community empowerment.

We identified some key enablers to supporting a smooth transition, one that reaps the benefits rather than just managing the negative impacts:

Infrastructure projects that stimulate broader regeneration, for example the Government of Spain’s investment in transport infrastructure in Bilbao. The Guggenheim museum development in what was a former industrial area in decline has become a by-word for successful transition – the ‘Bilbao effect’. But this tends to focus on the iconic building as the credit for that turnaround, when in fact it was a suite of packages put in place, most notably a major investment in transport infrastructure (including a star architect designed rail station).

Regional support schemes, such as the Appalachian Regional Commission or the North East of England regional body, to build enterprise capacity

Forums for stakeholder participation and dialogue, such as the Connecticut citizen advisory committee to plan a coal-mine closure with the community.

How the conversation about transition is evolving

The next UN climate negotiation, the ‘Conference of the Parties’ of the Paris Climate Agreement will be taking place in Poland and is being billed a ‘just transition’ conference. This is an opportunity to move beyond the climate v. economy stalemate and reach a constructive dialogue about the ‘how’ of the transition rather than the ‘maybe later.’

Transition measures can become the means for workers and communities to speed economies towards low carbon models, in a manner that will stimulate more resilient livelihoods and enable broader positive social impacts.

Well-managed transitions are an on-going project that require continuous adaptation. It is a unique opportunity in the next decade to deploy the brightest minds across many sectors and disciplines to steer the transition in a way that creates lasting social, economic and environmental public good.

Lucy Stone and Catherine Cameron are consultants with Agulhas Applied Knowledge. They are researching this area of sustainable development under a grant from the Children’s Investment Fund Foundation.