Slut-shaming in school: the shameful truth about our collective past

Even though I went to one of the best co-ed schools in the city, I can’t recall a single instance where we were encouraged to better understand the opposite sex. 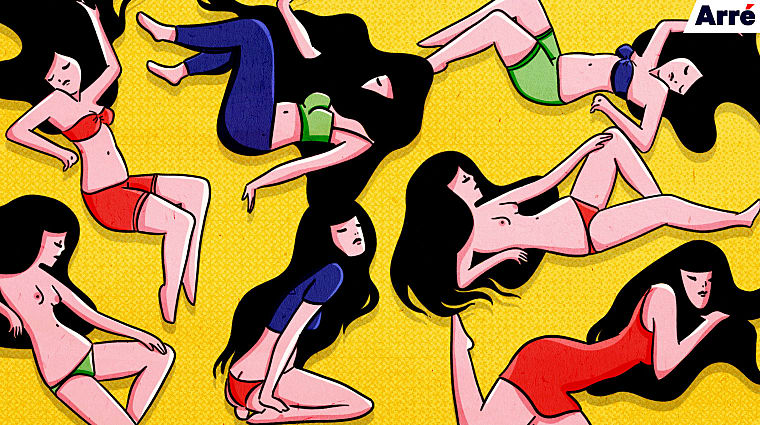 Back in school, we recklessly labelled girls “loose” and “easy” for things as mundane as the length of their skirts or having too many guy friends. Teachers often blamed them for “distracting boys’. Aren’t we all guilty of slut-shaming then?

There’s a scene in 2004’s Hum Tum where Saif Ali Khan’s character boasts about his sexual escapades. “If she holds my hand, I say we kissed. If we kissed, I say we made out…” I recall 12-year-old me relating to this with great joy because in the world that we lived in back then, you always tell when you’ve kissed. Sometimes, you tell even if you haven’t.

Hitting puberty in the noughties came with the pressure of espousing a Barney Stinson-esque take on women. Even though I went to one of the best co-ed schools in the city, I can’t recall a single instance where we were encouraged to better understand the opposite sex. In fact, stringent rules like making us sit separately and reprimanding us for being too friendly with them only added to our already vast gender divide. The result? By age 11, most of my guy friends and I had zero empathy for girls.

Girls were recklessly labelled “loose” and “easy” for things as mundane as the length of their skirts or having too many guy friends. In fact, the length of a girl’s skirt was often indirectly proportional to how much she was gossipped about. The teachers often fuelled the slut-shaming culture by picking these girls out between assembly lines and lectures.

“This is not a decent way to dress. The boys will stare,” I overheard Mrs Kamath, our sports teacher tell Payal, before one of her tennis practice sessions. That day, Mrs. Kamath unknowingly taught 13-year-old Payal that her comfort and ability to play the game she loves will always remain secondary to her responsibility of avoiding the male gaze at any cost. Similarly, another classmate Anuja made the grave mistake of wearing a spaghetti top during an educational trip. Her punishment for wanting to stay comfortable in Kerala’s summer heat? A “compulsory jacket” rule that Miss Fernandes, our trip coordinator, very publicly enforced upon her. Enduring the searing heat in a denim jacket is a small price to pay to ensure young, pubescent boys aren’t distracted, isn’t it?

This was years before “Sick Of The Dress Code Mom” Catherine Pearlman’s viral letter to a school principal inviting her take her daughter shopping. Pearlman’s teenage daughter had been told by a teacher that she couldn’t wear yoga pants because the boys would get turned on and then be embarrassed.

“I think there are these subtle messages that sort of carry on that we shouldn’t show something. Why shouldn’t we show something? Because something’s wrong with our body,” Pearlman told CNN.

Girls like Payal and Anuja and Pearlman’s daughter are often soft targets for nasty jibes, salacious rumours, and hurtful banter. In school, a lot of times, rumours were spread by other students, often girls. Some acting out of jealousy, others simply succumbing to decades of carefully instilled misogyny from their mothers and grandmothers. I imagine this rumour-mongering being the nascent seeds of future Society Aunty Syndrome. But I didn’t know better back then.

By Class 9, I too had begun indulging in casual name-calling and labelling girls as “slutty” or “desperate” based merely on hearsay. I attribute a lot of this to my time in our school’s U-14 football team: a gaggle of the most seasoned adolescent chauvinists. Our bonding sessions included violent video games and describing in most grotesque detail what the volleyball girls might look like naked. In this little gang of degenerates, kissing and telling wasn’t frowned upon at all; in fact, it was the norm. Nicknames like “Handy Hetal” and “Deti-hai Deeksha” were often coined for girls we’d gotten to second or third base with. Just another case of problematic behaviour masquerading as locker-room banter.

All of this changed for me, when I first fell in love with the curly haired Namrata in my first year of college. As we stood sharing Gini Dosas (a sign of true love in the lanes of Mithibai), Namrata told me about a mean-spirited nickname that the boys in her school had coined for her: “Nympho Nammy,”  a named bestowed upon her when she turned down her ninth grade crush. He told everyone they went all the way anyway. It was a name she never recovered from.

Naturally, the desire to fix Namrata fired me through the course of our relationship (an idea that was bound to end in disaster), but I spent two years trying to undo the damage, bring her self-confidence back. It wasn’t love as much as it was my attempt at redemption for all the slut-shaming and nickname-coining that I myself had indulged in, in the past.

I don’t know if things have changed in the co-ed school system since 2008, but I hope more teachers are made aware of the tradition of high-school slut-shaming that they participate in without hesitation. As far as the boys go, they need a lesson in appropriate behaviour. So that no Hetal is nicknamed “Handy” and no Namrata is labelled “Nympho”.

Jackie Thakkar is an author at Arre.