Crimes of Grindelwald, Eddie Redmayne, Fantastic Beasts and Where to Find Them

Movie Review: Fantastic Beasts: The Crimes of Grindelwald is crippled by a lack of momentum

In a movie as drained of vitality as this, the lure of somnolence proves too hard to overcome. 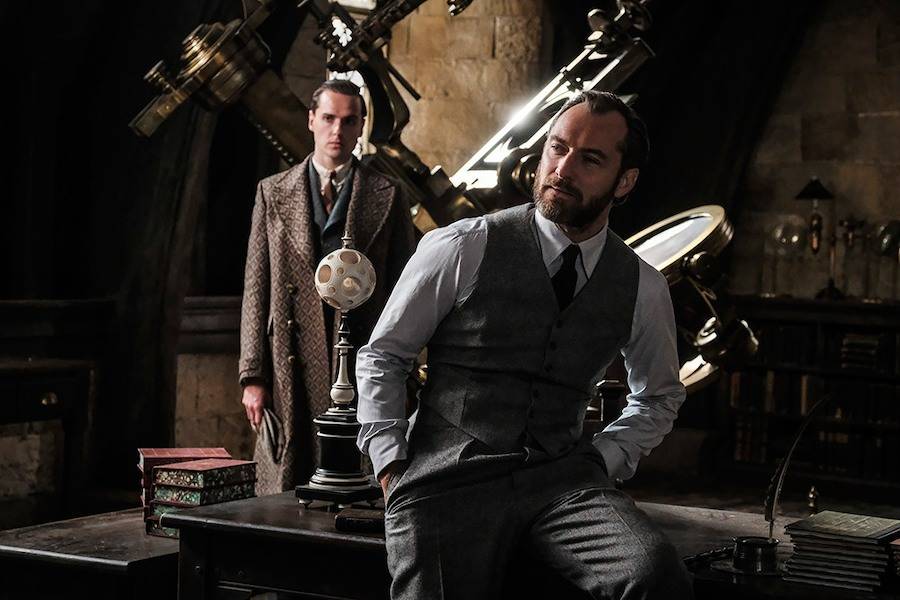 Desire can be a curious thing, and when rearranged into a deliciously conceived ananym, even more so. The first time we saw the Mirror of Erised — on the most enigmatic wizarding artefacts — on the silver screen was back in Chris Columbus’s Harry Potter and the Philosopher’s Stone, when we were first introduced to the Boy Who Lived. “It shows us nothing more or less than the deepest, most desperate desire of our hearts,” the greatest ever headmaster of Hogwarts School of Witchcraft and Wizardry had explained to this unwilling, unforgettable hero back then, and as the latest instalment in the Fantastic Beasts franchise shows us, he was every bit as wise seven decades ago as he was in 1991.

It’s little touches like these that made us lap up every word written by J.K. Rowling with the urgency of an Auror battling the Dark Lord, and I’ll be hard-pressed to name another author who defined my childhood the way she did. The film adaptations that followed were competent to varying degrees — my personal favourites remain Half-Blood Prince and both the Deathly Hallows films. There’s no denying the sheer deftness with which she employed both levity and heart to tell us a tale of scars — not just physical, of course — and the lasting impact they left on a young man’s life.

David Yates’s latest film, however, is a little too serious, a little too black. The first time we see Gellert Grindelwald (played by a rather underwhelming Johnny Depp), he appears utterly dishevelled and gaunt, held at wandpoint. The spectacular prison break sequence that follows is one of the (rather few) memorable moments in the film. His dream is to realise a world where wizards are free to live openly, without fear of either persecution or judgement, a world where pure-bloods impose their will upon their non-magical counterparts (or No-Majs, as they are referred to in this series of movies) “for the greater good”. A troubled Obscurus, Credence Barebone, remains his best bet to fulfil this most misguided goal, and it is the former’s backstory, and the lingering mystery of who he really is, that the film hinges upon for most of its runtime.

The hero, Newt Scamander, is a Magizoologist with an almost fanatical disposition for all creatures otherworldly. “You never met a monster you couldn’t love,” a certain member of the Lestrange clan says to him, equal parts exasperated and admiring. Eddie Redmayne imbues this highly eccentric hero with a rather perpetual gawkiness. He’s efficient, and so is the rest of the cast — including his love interest, Tina Goldstein, played by Katherine Waterston; the Legilimens, Queenie Goldstein, played by Alison Sudol; Jude Law as a young (and just as twinkly-eyed) Albus Dumbledore; and Don Fogler as the bewildered Muggle, Jacob Kowalski. However, it’s hard to stay invested in these colourful characters beyond a certain point, largely because commerce trumped common sense. This much slicing and dicing befits a chunk of meat, not a cinematic narrative.

There’s a perfunctory air to the proceedings more often than not, and it’s hard not to feel a little, well, stupefied at this listlessness. Visually, this is a sumptuous film, and the creatures here are brought to life with great imagination and finesse, from Calamari to Maledictuses to Augureys to Matagots to Kelpies. But in a movie as drained of vitality as this, the lure of somnolence proves too hard to overcome.

Fantastic Books and How To Spoil Them, in short. The film even devolves into a big, blue mess à la Saawariya by the time we get around to the big reveal at the end, and more’s the pity. We’ll continue to wait in anticipation, though, for that is the inescapable destiny of any other Potterhead like me. Perhaps the law of averages will end up trumping every other argument into irrelevance. Like with Bertie Bott’s Every Flavour Beans, we can only hope that a booger-flavoured adventure will be followed by the freshness of a peppermint bean.