Reliance: Mukesh Ambani is not moving to London or anywhere else

Reliance Industries has said that Mukesh Ambani has no plan to relocate to London ‘or anywhere else in the world, terming all speculation as ‘baseless’ 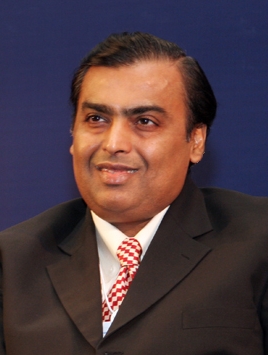 Mukesh Ambani, India’s richest person, is not relocating to London, Reliance Industries has released a statement. In Friday, ending speculation in various media reports that claimed Ambani, and his family will be dividing their time between their luxury Mumbai home ‘Antilia’ and their newly acquired London property, Stoke Park.

Terming the reports as ‘unwarranted and baseless speculation’, Reliance Industries has said that Mukesh Ambani has no plan to relocate to London ‘or anywhere else in the world.’

Clarifying about the Buckinghamshire country club, Reliance Group company RIIHL (Reliance Industrial Investments and Holdings Limited), which has bought the 300-acre Stoke Park estate, said in the statement that the ‘heritage property was acquired with an aim of ‘enhancing’ it into a premier sporting and golfing resort. ‘

A newspaper had recently reported about the Reliance group buying the ultra-exclusive London property.

While the Reliance statement has denied Mukesh Ambani making the Buckinghamshire country club his second home, no comment has been issued about the billionaire’s overseas travel.