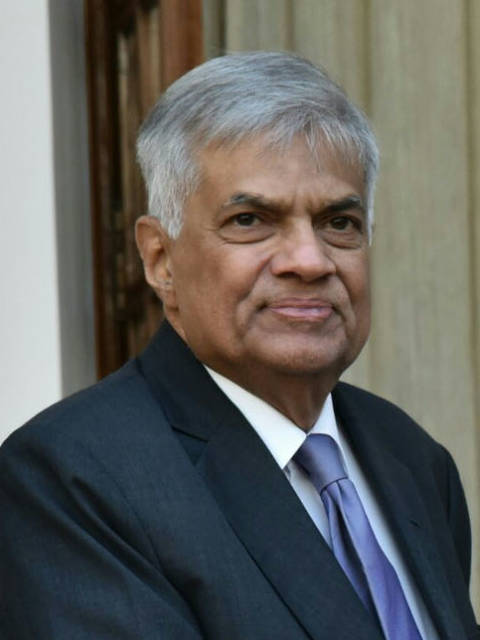 Mr. Ranil Wickremesinghe, takes charge again as the Prime Minister of the Democratic Socialist Republic of Sri Lanka, even as economic crises deepen in the island nation

Leader of Sri Lanka’s United National Party (UNP), Ranil Wickremesinghe, took over as the country’s Prime Minister for a record sixth term on Thursday, as he was appointed by President Rajapaksa in a bid to bring stability in the eye of the ever-deepening economic and political crisis in Sri Lanka.

Sri Lanka’s newly-appointed Prime Minister called on the Indian Ambassador to Sri Lanka Gopal Baglay from Colombo, on his first day in office. The two discussed democratic relations as well as cooperation between the two countries.

‘The relations with India will be much better, I want to thank India and the Prime Minister for helping Sri Lanka’, said Wickremesinghe during a temple visit after the oath in Colombo on Thursday.

Speaking to ANI, Wickremesinghe said ‘I have taken a challenge for uplifting economic and I must fulfill,’ he said.

Sri Lanka is facing its worst economic crisis since independence with widdespread shortages of essentials, soaring prices and power cuts affecting a large number of the people.

Massive protests over the government’s handling of the situation have erupted in the island nation, as India seeks to offer assistance and strengthen its relations with its neighbour.

Apart from assistance during the pandemic, including the delivery of nano fertilizers to Sri Lankan farmers, New Delhi has pledged nearly $3 billion to Sri Lanka via currency swaps, credit lines for essential goods and repayment of loans since January 2022 to help the country tide over the crisis.