Pride Month: What it is and why are there calls for a Straight Pride Parade 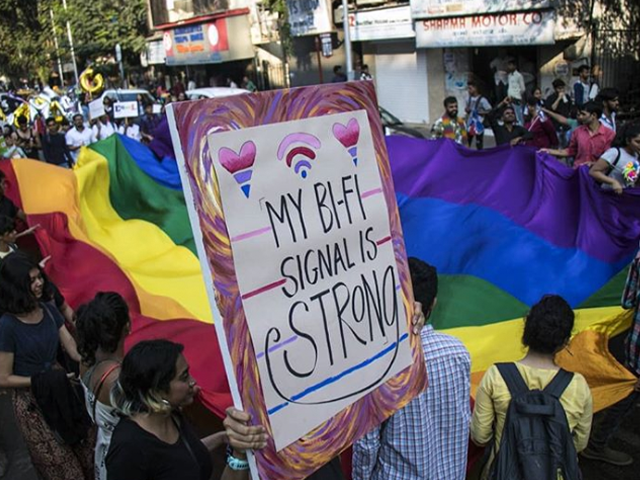 June—the pride month—is often rung in with rainbow-coloured everything. Like Black History month popularised in the US, pride month allows the LGBTQ community to feel seen and heard while celebrating their sexuality and identity. However, heterosexuals have answered the call for equality from the LGBTQ community with a demand for pride parades of their own—a dichotomy observed in civil movements across the world, be it between Black Lives Matter and Blue Lives Matter or #MeToo and #MenToo.

The demand for a “straight pride parade” in the US has become loud on national news channels. In Boston, a city that organises an annual Pride Week, three men are working to organise a Straight Pride Parade.

Why is June pride month?

In June, LGBTQ (lesbian, gay, bisexual, transgender, queer) movements across the world come together to display pride in their queer identities. June became pride month because the Stonewall Riots took place in June 1969.

The New York Police Department (NYPD) raided The Stonewall Inn bar, Manhattan, the night of June 28, 1969, and harassed people. The bar-goers defended themselves with stones and bottles until the police retreated, says NPR.

These riots are said to have sparked grass-roots pan-American LGBTQ resistance movements and demonstrations.

NYPD Police Commissioner James O’Neil has now apologised for the department’s part in the riots.

O’Neil said, “The actions taken by the NYPD were wrong, plain and simple… The actions and the laws were discriminatory and oppressive, and for that, I apologize,” according to NPR.

Boston’s Straight Pride Parade stems from rebellion against city officials who allegedly did not allow a group to hoist a “straight pride flag” at Boston City Hall.

Super Happy Fun America, the group organising the ‘straight pride parade’, said, “Super Happy Fun America applied to raise the straight pride flag on the Boston City Hall flagpoles… Unfortunately, the administration of Mayor Marty Walsh proved to be resistant to change and rejected our request. We are disappointed that the Walsh administration has chosen hate and discrimination.”

John Hugo is the group’s president and Mark Sahady is its vice president.

Sahady posted on Facebook that the group filed an institutional discrimination complaint against the city, which has now backed down and is working with them to organise the parade.

SHFA is also demanding accommodations identical to pride parades’ and that ‘S’ for straight be added to LGBTQ.

Major Walsh addressed the issue on Twitter. He said Boston respects diversity and acceptance, and he is personally proud to host Pride Week. He added that city officials grant permission for events based on logistical availability not “values”.

“This ‘Straight Pride Parade’ doesn’t yet have a permit, but is working to amend their application for permits to host a public event,” said Walsh. “Whatever outside groups may try do, our values won’t change. I invite each and every person to stand with us and show that love will always prevail.”

LGBTQ community moving from the margins?

One of the most popular ways international LGBTQ communities celebrate pride is through pride marches.

Brenda Howard, an LGBTQ rights activist known as “Mother of Pride”, coordinated the first pride march in 1970, on the anniversary of the Stonewall riots. Today, the New York Pride Parade is the largest event of its kind and attracts around 500,000 people.

Pride marches have been held in many major Indian cities—Delhi, Bengaluru, Hyderabad, Kolkata, Pune, Chennai, and others.

In Mumbai, the 11th Queer Azaadi Pride March was held on February 2 and drew a crowd of 15,000 people. This was Mumbai’s first pride march after the Supreme Court scrapped Section 377, says Gaysi Family.

Also, in Mumbai, the Humsafar Trust has opened a new clinic by and for the LGBTQ community; here, queer people can get pre- and post-HIV testing, treatment, and counselling. The clinic is also a safe haven for the trans community that is often discriminated against in the healthcare industry.

Grass-roots LGBTQ initiatives and movements thrive in India, but the community has not felt the same support from the government, courts, employers, and medical professionals.

The AAP, for example, was the only major party in the Lok Sabha elections 2019 to field a trans candidate. Three other trans women contested the election but as independents.

However, in a much-awaited and long overdue landmark judgment, the Supreme Court struck down parts of Section 377, a colonial-era law that criminalised homosexual sex.

The apex court said that this section of the IPC discriminated on the grounds of sexuality, which is unconstitutional in India. However, non-consensual sexual acts will still be punishable.

Recently, Dutee Chand, an Indian Olympian and two-time silver medalist at the Asian Games, publicly came out as gay.

The 23-year-old athlete said she was in a five-year-long same-sex relationship with her “soul mate”. Chand said her family has discriminated against her and not accepted her sexuality.

Still, Chand made history as India’s first openly gay sportsperson; people across the country lauded her for her courage.

However, not all is well as homophobia continues to persist in some of the most cosmopolitan cities around the world. As recently as May 30, a lesbian couple was reportedly assaulted aboard a bus in London for refusing to kiss for the viewing pleasure of a group of their male co-passengers.