Planet Earth Sets New Record, Did We Just Have A Shorter Day?

Earth completes record rotation in less than 24 hours on July 29, so how did this happen? 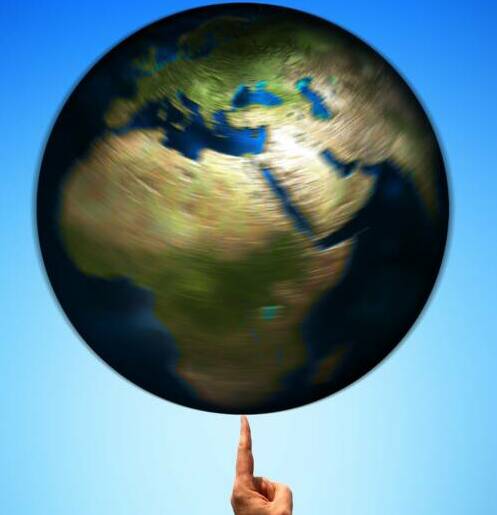 The Earth set a new record for the shortest day on July 29 by completing a full rotation on its axis in 1.59 milliseconds less than the standard 24 hours.

The reasons for this increasing rotation speed are currently unknown.

While this might imply that the Earth is ‘speeding up,’ it is actually slowing down from a historical perspective.

Is the Earth really ‘speeding up’ or slowing down’?

Earth is actually taking a few milliseconds more every century to complete one rotation.

Climatic changes, tidal movements, and an always-in-flux core, as well as activity along its geographic poles might be responsible for the Earth slowing down, but scientists are yet to find any concrete evidence of that.

To compensate for this slowing down, every once in awhile, scientists ‘added time’ to measuring systems, which were reconciled with a ‘leap second,’ either on June 30 or December 31 of a decided year.

The Art Of Time-Keeping

Atomic clocks adhering to international time standards, count time by measuring the natural vibration of cesium atoms. Prior to atomic clocks, time was measured by the length of solar day.

Scientists have added an extra second 27 times since 1972 to keep atomic clocks in sync with astronomical time.

What unites Meta, Amazon, Microsoft and the U.S. government?

What unites Meta, Amazon, Microsoft and the U.S. government is their call to the end of ‘leap seconds.’

Big Tech had an issue with ‘leap seconds’ because it can wreak havoc on precise technological systems, hardware and software infrastructures, that tell, and keep time, better than humans can, until we insert extras seconds and put a temporal spanner in the works.

Past additions have caused parts of the internet to go down for hours, which Zuckerberg and his ilk can ill-afford.

What about subtractions then?

Essentially, the world’s clocks would jump from 24:59:58 on the appointed day to 00:00:00 — skipping one second entirely. Equally a problem for Big Tech.

A leap second, whether positive or negative is ‘bad times’ for technology companies. While Y2K blew over without incident, the same issues around measuring, denominating and using time is what lies behind criticism of leap seconds.

In short, time is weird and we are run by it, but we won’t run out.