Orangutans can communicate about the past just like humans, new research finds

Instead, the mothers waited for a significant amount of time before signalling vocal alarm about the danger that had now passed. 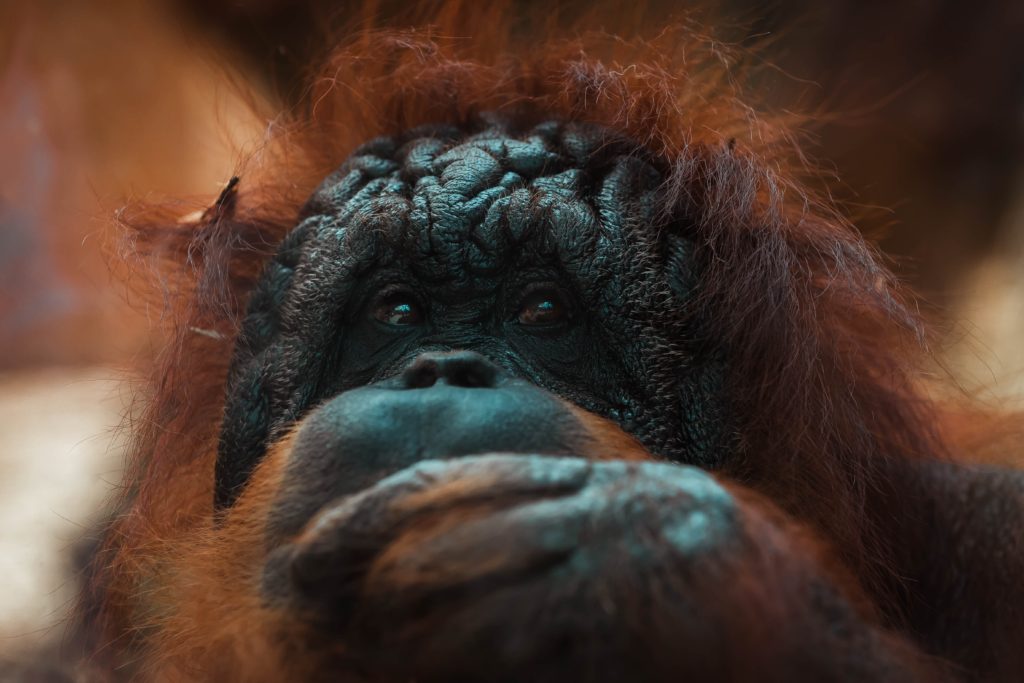 The evolution of language converted a defenceless naked ape into a world-dominating force. It fundamentally transformed how humans transmit information and knowledge. A large and potent component of language is our ability to communicate about things that are not here, that happened in the past, or that will happen in the future. This feature of language is known as “displaced reference”.

Displaced reference is universal across the world’s languages and pervades our daily lives. In fact, to speak about the present moment has become a rarity nowadays, though noticeable exceptions are when we comment about the weather, ask for the salt over the dinner table, or talk with very young children.

So far, besides humans, only social insects are capable of displaced reference. It is remarkable how honey bees (and their tiny brains) can communicate, for instance, about the location of distant food sources to other bees in the hive. The discovery of this fact merited a Nobel Prize in Physiology and Medicine for Karl von Frisch in 1973. Displaced reference in social insects spawns many fascinating – and unanswered – questions about animal intelligence and what the minimal viable intelligence systems for a particular cognitive capacity are.

However, biologically, bees and other insects are far apart from humans and can tell us very little about how language evolution played out among our ancestors. Lacking examples in vertebrates, mammals, or non-human primates, including great apes – our closest relatives – scientists literally had no clues about how this capacity came about in humans. But this is the new jigsaw piece that wild orangutans are bringing to the puzzle of language evolution.

In the low mountain rainforests of Sumatra, Indonesia, our team simulated a natural encounter with a predator to study the vocal responses of wild orangutan females. The set up consisted of a human researcher, disguised as a forest big cat, parading on all fours across the forest floor in front of the orangutan females.

We observed that, despite showing all sorts of distress (including urinating and defecating), orangutan females refrained from responding vocally towards the “predator”. Instead, they waited up to 20 minutes to communicate their alarm to their offspring, long after the predator had left the scene. Across several experiments there was an average delay of seven minutes before the females vocally expressed their alarm.

The data (and simple common sense if we imagine ourselves facing a wild Sumatran tiger!) suggest that to respond vocally in the presence of a predator would have been a huge risk to the orangutans’ safety. If the females had responded immediately by calling out warnings, the predator could have detected them and perhaps attempted an attack, particularly on the infant orangutans.

Instead, the mothers waited for a significant amount of time before signalling vocal alarm about the danger that had now passed. The question that springs to mind, then, is: why did the females signal their alarm at all? If they hadn’t responded vocally at any point, they wouldn’t have faced any danger at all, right?

That is undoubtedly true; but had the mothers not expressed alarm, their infants would have remained oblivious to one of the most lethal dangers in the rainforest. Instead, the females waited long enough until it was safe to call out, but not so long that their infants could not connect their mothers’ vocal distress with what had just happened, and understand that it was extremely dangerous. The female orangutans were teaching their young about the dangers in the forest by referring to something that had happened in the (recent) past.

In the 1970s, early attempts to release rescued orangutans and reintroduce them back into this same forest failed miserably. Nearly all the released animals fell prey to forest cats, essentially for lack of knowledge about survival in the rainforest.

Orangutan infants stay with their mothers as long as human children do. It has been shown that this exceptionally long period ensures that mothers pass on a variety of knowledge, skills and tools to their offspring. Our new findings indicate that teaching about predators is a vital aspect of this.

Widening this out to human language evolution, orangutans exemplify how our ancestors probably communicated beyond the here-and-now about the past, and possibly the future, even before they had uttered their first word. Together with mounting evidence, great apes are helping scientists build a clearer picture of our ancient ancestors as they moved towards fully fledged language.

By showing us that we are, after all, not so different from them, great apes help us learn where we come from, define who we are and, hopefully, decide where we are going as intelligent stewards of our precious planet.