In dollar terms, the drop in household income (which measures the total of all income) for mothers who experienced domestic violence after separation was from $54,648 to $35,921 a year. 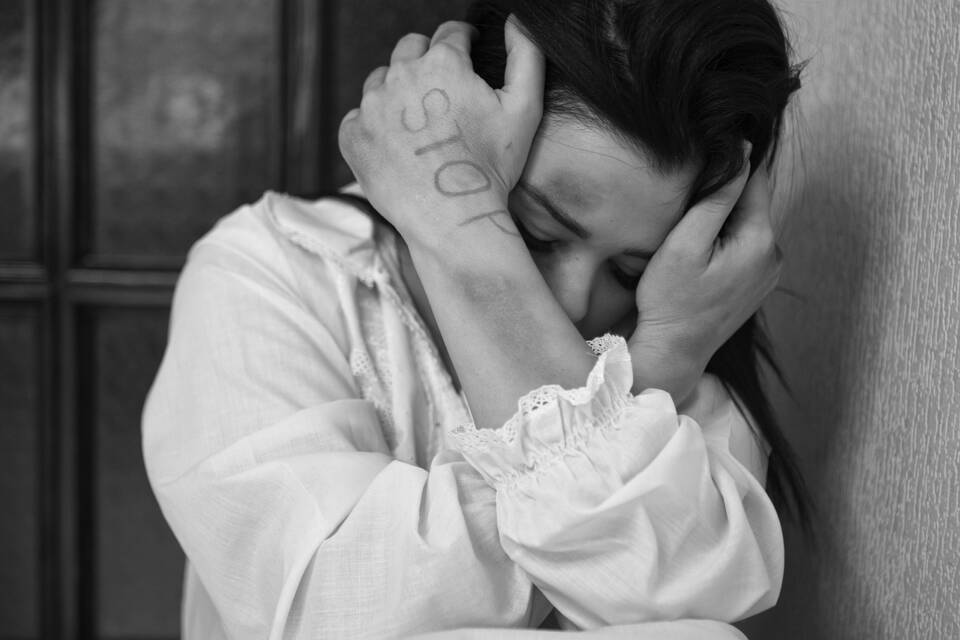 We recently published two reports that highlight the devastating financial consequences borne by women who leave their partners after suffering domestic violence.

We found women who experienced domestic violence fared much worse financially after separating from their partner compared to those who didn’t face such violence, for women both with and without children.

It’s the first time in Australia (to the best of our knowledge) that we have specific data on what happens financially to these women.

Our results highlight the terrible option facing those who are experiencing domestic violence: to stay in a violent relationship, or leave and face a major decline in financial wellbeing.

The data reveal that of all women who’d ever been in a partnership, 22% have experienced violence from a current or previous partner. And, of single mothers living with children under 18 years of age, a staggering 60% had experienced physical violence, and 70% emotional abuse, from a partner they had previously cohabited with.

The data also show 50% of these now single mothers live in poverty, relying on government benefits such as JobSeeker as their main source of income.

It’s important to note the ABS figures come from what’s known as a “cross-section”, which means they reflect circumstances at a given point in time (2016). They can’t tell us what happens to women over time, or the immediate effects of domestic violence on their separation and/or income. This is a critical issue for domestic violence policy.

Understanding the dynamics of the financial situation of victim-survivors requires what’s known as “panel data”. This issue is addressed in the second report by Bruce Chapman and Matthew Taylor, where we analyse the Household Income and Labour Dynamics of Australia (HILDA) survey. HILDA is Australia’s best longitudinal data set, meaning it surveys the same people over time. To date, HILDA has followed around 19,000 people from 2002 to 2021.

We analysed HILDA data looking at the financial consequences for women likely to have experienced domestic violence. We covered both mothers and women who don’t have children.

The report uses averages before and after separation of the three income categories, all measured in annual terms:

In dollar terms, the drop in household income (which measures the total of all income) for mothers who experienced domestic violence after separation was from $54,648 to $35,921 a year.

We also looked at the changes to a particular component of household income, the wages and salaries of the mothers (again, following separation). Similarly, we found those who’d gone through domestic violence fared far worse than those who didn’t.

It was expected the wages and salaries of women would increase on average after separation because of their need to compensate for the loss of the former partner’s income. But the extent to which this happened is quite different depending on whether or not the women experienced domestic violence.

The relatively large loss in household income for childless women is the result of significant differences in the post-separation income levels between childless women, depending on their experience of domestic violence.

A different way of illustrating the issue is the recognition that experiencing domestic violence doubles the likelihood of victim-survivors ending up in the bottom quarter of the income distribution.

We found around 50% of the women included in the data who have faced domestic violence and separated from their partners end up in the bottom quarter of the income distribution.

The ABS data reports a similar outcome, with 48.1% of now single mothers with children being in the lowest fifth of the income distribution.

These two reports have dug deeply into available data and unearthed findings of tremendous significance, results that reinforce each other.

While these findings have been rigorously tested and found to be statistically significant, the sample sizes for the longitudinal data are small.

This is currently the best available longitudinal data capturing incomes. But as both reports have highlighted, data collection in the field of domestic violence needs to be expanded considerably if we’re to have more comprehensive information on longer-term outcomes.

We urgently need a national longitudinal study of social behaviour and experience that probes the consequences of domestic violence (with respect to perpetrators as well as victims) and the financial, employment and health outcomes for all concerned, including the children caught up in these violent relationships.