Financial frauds and data compromise are persistent problems for enterprises around the world, with technological advancements giving rise to new issues. Various risk analysts count cyber threats among the top-10 operational risks for businesses in the digital day-and-age, where virtual transactions are rapidly replacing physical – or face-to-face – interactions. However, the corporate world has […] 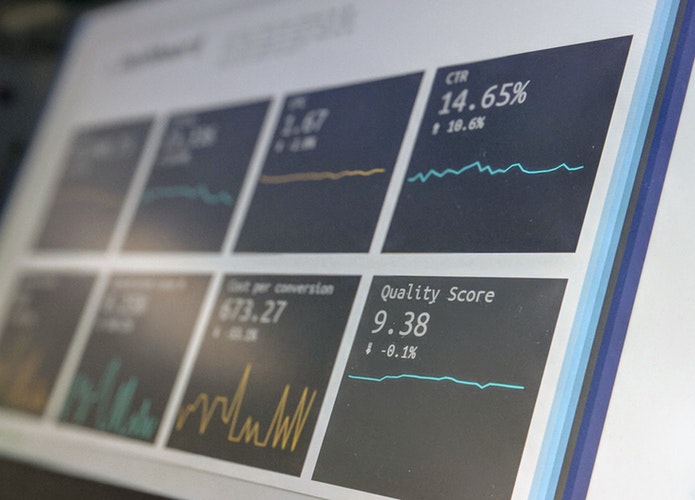 Financial frauds and data compromise are persistent problems for enterprises around the world, with technological advancements giving rise to new issues. Various risk analysts count cyber threats among the top-10 operational risks for businesses in the digital day-and-age, where virtual transactions are rapidly replacing physical – or face-to-face – interactions. However, the corporate world has started to realise the potential of the Blockchain technology as few tech-start-ups, such the MonetaGo, have successfully utilised it to combat this threat.

MonetaGo is one of the first companies to use enterprise-grade Blockchain software to detect and mitigate inconsistencies in financial transactions and is one of the leading drivers behind the adoption of the cutting-edge technology in countries with booming economies like India.

Blockchain technology is essentially a decentralized ledger that is resistant to tampering. Simply put, it allows digital information to be shared in a security-rich environment. It records every transaction into an encrypted data packet called a block, which cannot be added to, altered or deleted without being recorded. The collection of blocks is known as the blockchain. So, data cannot be lost or manipulated and is verified at multiple ‘check-points’ on the network.

MonetaGo has capitalized on these benefits of using the blockchain technology to prevent fraud in the financial sector and most recently, supply chain finance. On January 29, the Mumbai-headquartered supply chain financing tech-startup CredAble announced that it will use MonetaGo’s platform to prevent double financing of invoices and other information inconsistencies to mitigate potential frauds.

While MonetaGo has focused on partnerships with banks and NBFCs since launching its India operations, the partnership with CredAble represents a first-of-its-kind tie-up within the fintech universe. CredAble partners with large corporate clients to enable working capital management solutions for the client’s vendors and distributors and in the process, releases cash flow trapped in client supply chains, thus generating operating profit improvements for clients. The company also enables ‘just-in-time’ working capital financing to vendors of large corporates on a pre-invoice basis.

The Indian firm, which recently received 100 crore rupees in venture capital funding, will implement MonetaGo’s solution to verify e-Way bill information and taxes using the Goods and Services Tax Network. Given that the early days of India’s direct tax regime have been fraught with news-reports of illicit-profiteering, fake bills and other discrepancies, this is an interesting development, and its impact is likely to be closely watched by many industries.

CredAble can take advantage of MonetaGo’s data and the GST Network to reduce any risk across entire portfolios which ultimately “translates to better lending and borrowing rates for businesses across many sectors of the economy,” said Jesse Chenard, CEO of MonetaGo in a recent release.

The emergence of new technologies and regulatory ecosystems is often accompanied by new threats and new hackers, attackers, and other forces devoted to exploiting vulnerabilities in these advancements. In the finance sector, fraud is becoming more prevalent on the daily. Hackers are getting smarter about how to get their hands-on consumer’s financial and personal information.

Just this week, the media has reported that the data on millions of customers’ information was leaked from servers of the largest bank of India. Earlier, this month, a global e-commerce firm confirmed that financial data of its third-party sellers was breached.

In this context, India’s digital population is expanding at a rapid pace, with over 40% expected to have access to smartphones and 85-90% internet penetration. It is also one of the quickest in adopting virtual financial transactions, coming only second to China in the EY FinTech Adoption Index.

At the same time, obsolete technology with limited checks and balances, and unscrupulous players threaten to put the financial stability of over 1.3 billion people – a majority of whom remain digitally naive – and the BFSI institutions at risk. Who can forget the recent 13,000-rupee-rupee fraud which shook the foundations of the third largest PSU bank in India?

Therefore, there is an urgent need to embrace the blockchain technology to secure the country’s financial infrastructure. It can bring in the much-needed transparency and security in the system with the minimal need for human supervision.
MonetaGo is one of the few companies correctly implementing these advancements in the fastest growing economy in the world. It was the first company to successfully implement a production deployment across multiple financial institutions in India. The five-year-old company has also partnered with other large corporates to enhance financial messaging services for India.

There are many factors that complicate financial transactions: the need for collateral, the time required for settlements, differences in currency denominations, third-party mediation and more. Multi-step processes, especially ones that require human interaction, are prime targets for fraudsters. With blockchain, these risks can be mitigated which ultimately makes any associated financings much more affordable.