Is ‘Artemis’ the last mission for NASA’s astronauts, as robots take over?

The Apollo astronauts were heroes. They accepted high risks and pushed technology to the limit. In comparison, short trips to the Moon in the 2020s, despite the $90-billion cost of the Artemis programme, will seem almost routine. 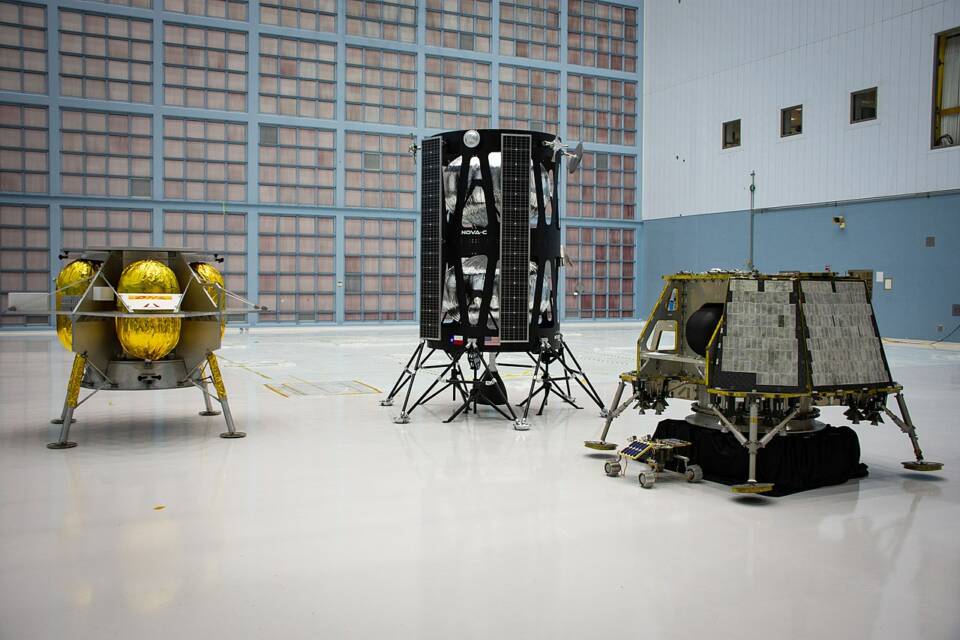 NASA has selected three commercial Moon landing service providers that will deliver science and technology payloads under Commercial Lunar Payload Services (CLPS) as part of the Artemis program. Each commercial lander will carry NASA-provided payloads that will conduct science investigations and demonstrate advanced technologies on the lunar surface, paving the way for NASA astronauts to land on the lunar surface by 2024...The selections are:..• Astrobotic of Pittsburgh has been awarded $79.5 million and has proposed to fly as many as 14 payloads to Lacus Mortis, a large crater on the near side of the Moon, by July 2021...• Intuitive Machines of Houston has been awarded $77 million. The company has proposed to fly as many as five payloads to Oceanus Procellarum, a scientifically intriguing dark spot on the Moon, by July 2021...• Orbit Beyond of Edison, New Jersey, has been awarded $97 million and has proposed to fly as many as four payloads to Mare Imbrium, a lava plain in one of the Moon’s craters, by September 2020. ..All three of the lander models were on display for the announcement of the companies selected to provide the first lunar landers for the Artemis program, on Friday, May 31, 2019, at NASA's Goddard Space Flight Center in Greenbelt, Md. ..Read more: https://go.nasa.gov/2Ki2mJo..Credit: NASA/Goddard/Rebecca Roth

Neil Armstrong took his historic “one small step” on the Moon in 1969. And just three years later, the last Apollo astronauts left our celestial neighbour. Since then, hundreds of astronauts have been launched into space but mainly to the Earth-orbiting International Space Station. None has, in fact, ventured more than a few hundred kilometres from Earth.

The US-led Artemis programme, however, aims to return humans to the Moon this decade – with Artemis 1 on its way back to Earth as part of its first test flight, going around the Moon.

The most relevant differences between the Apollo era and the mid-2020s are an amazing improvement in computer power and robotics. Moreover, superpower rivalry can no longer justify massive expenditure, as in the Cold War competition with the Soviet Union. In our recent book “The End of Astronauts”, Donald Goldsmith and I argue that these changes weaken the case for the project.

The Artemis mission is using Nasa’s brand new Space Launch System, which is the most powerful rocket ever – similar in design to the Saturn V rockets that sent a dozen Apollo astronauts to the Moon. Like its predecessors, the Artemis booster combines liquid hydrogen and oxygen to create enormous lifting power before falling into the ocean, never to be used again. Each launch therefore carries an estimated cost of between $2 billion (£1.7 billion) and $4 billion.

This is unlike its SpaceX competitor “Starship”, which enables the company to recover and the reuse the first stage.

The benefits of robotics

Advances in robotic exploration are exemplified by the suite of rovers on Mars, where Perseverance, Nasa’s latest prospector, can drive itself through rocky terrain with only limited guidance from Earth. Improvements in sensors and artificial intelligence (AI) will further enable the robots themselves to identify particularly interesting sites, from which to gather samples for return to Earth.

Within the next one or two decades, robotic exploration of the Martian surface could be almost entirely autonomous, with human presence offering little advantage. Similarly, engineering projects – such as astronomers’ dream of constructing a large radio telescope on the far side of the Moon, which is free of interference from Earth – no longer require human intervention. Such projects can be entirely constructed by robots.

Instead of astronauts, who need a well equipped place to live if they’re required for construction purposes, robots can remain permanently at their work site. Likewise, if mining of lunar soil or asteroids for rare materials became economically viable, this also could be done more cheaply and safely with robots.

Robots could also explore Jupiter, Saturn and their fascinatingly diverse moons with little additional expense, since journeys of several years present little more challenge to a robot than the six-month voyage to Mars. Some of these moons could in fact harbour life in their sub-surface oceans.

Even if we could send humans there, it might be a bad idea as they could contaminate these worlds with microbes form Earth.

The Apollo astronauts were heroes. They accepted high risks and pushed technology to the limit. In comparison, short trips to the Moon in the 2020s, despite the $90-billion cost of the Artemis programme, will seem almost routine.

Something more ambitious, such as a Mars landing, will be required to elicit Apollo-scale public enthusiasm. But such a mission, including provisions and the rocketry for a return trip, could well cost Nasa a trillion dollars – questionable spending when we’re dealing with a climate crisis and poverty on Earth. The steep price tag is a result of a “safety culture” developed by Nasa in recent years in response to public attitudes.

This reflects the trauma and consequent programme delays that followed the Space Shuttle disasters in 1986 and 2003, each of which killed the seven civilians on board. That said, the shuttle, which had 135 launches altogether, achieved a failure rate below two percent. It would be unrealistic to expect a rate as low as this for the failure of a return trip to Mars – the mission would after all last two whole years.

Already substantial for a trip to the Moon, the cost differences between human and robotic journeys would grow much larger for any long-term stay. A voyage to Mars, hundreds of times further than the Moon, would not only expose astronauts to far greater risks, but also make emergency support far less feasible. Even astronaut enthusiasts accept that almost two decades may elapse before the first crewed trip to Mars.

There will certainly be thrill-seekers and adventurers who would willingly accept far higher risks – some have even signed up for a proposed one-way trip in the past.

This signals a key difference between the Apollo era and today: the emergence of a strong, private space-technology sector, which now embraces human spaceflight. Private-sector companies are now competitive with Nasa, so high-risk, cut-price trips to Mars, bankrolled by billionaires and private sponsors, cold be crewed by willing volunteers. Ultimately, the public could cheer these brave adventurers without paying for them.

Given that human spaceflight beyond low orbit is highly likely to entirely transfer to privately-funded missions prepared to accept high risks, it is questionable whether Nasa’s multi-billion-dollar Artemis project is a good way to spend the government’s money. Artemis is ultimately more likely to be a swansong than the launch of a new Apollo era.