India’s education sector is on the cusp of a revolution

The government is finalising regulations for foreign universities in India. With proper guidance, the education sector in India could be revamped for the better. 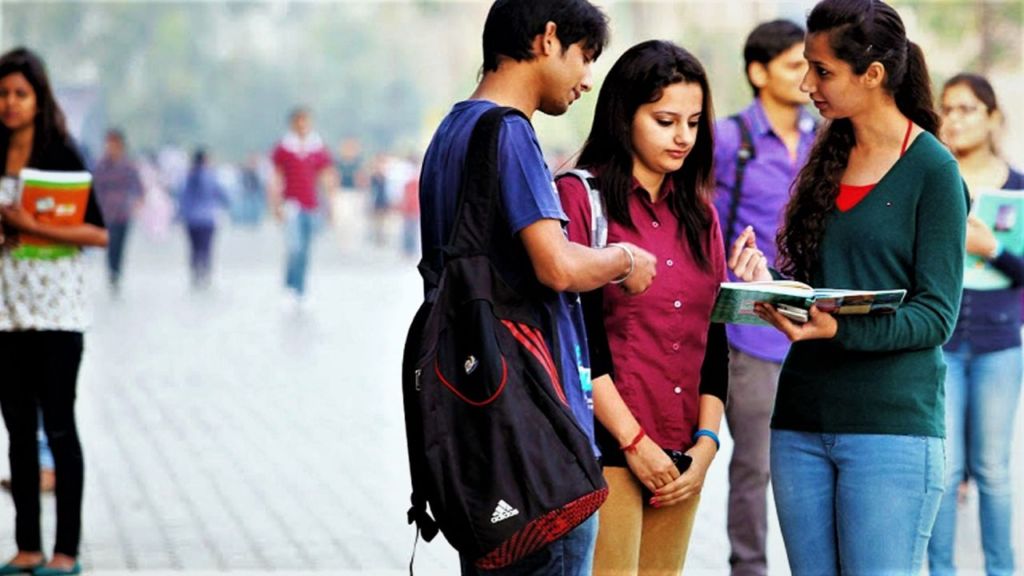 Indian students now have options within the country to secure an education of global standards. Credit: Wikimedia Commons

By G.L. Tayal and Soumitra Mookherjee

The Indian government’s decision to liberalise the education sector by inviting global universities of repute to establish centres in the country is a positive step in the right direction. The government is currently finalising regulations for foreign universities to function in India, which would improve access to quality education for Indian students.

The idea was first mooted in 1995 when a Foreign Education Bill was introduced in parliament but it did not move forward. In 2005-06, the draft law only reached the cabinet stage. In 2010, the Bill was given some shape and structure by the UPA government, but could not be passed due to stiff opposition. At present, the Bill is yet to be tabled before the parliament for further approval.

Meanwhile, the BJP-led NDA government has contemplated an innovative idea of setting up 20 institutions of eminence in the country. These institutions would have unprecedented administrative and financial autonomy, encounter minimal interference from authorities, have freedom to recruit faculties, and autonomy to admit foreign students as per their discretion.

Together these initiatives will revolutionise higher education in the country and will benefit many different stakeholders. An influx of FDI in the education sector would increase the array of colleges available for the Indian student community. It would enforce competitive pressures, improve education services, and would finally lead to qualitative improvements in the Indian educational sector. This is exactly what has happened in the telecom, insurance and airlines industries, where the entry of private players has intensified the level of competition, and enhanced the quality and variety of services provided by companies operating in these sectors. The entry of globally reputed universities would induce a remarkable change in the course content, teaching approach and quality of research endeavours. It would emphasise upon application-oriented learning and the adoption of non-conventional systems of teaching. In the process, our country can benefit in terms of bridging skill gaps, harnessing talent, and empowering young graduates to take on the challenges of the millennial.

It is necessary to frame regulations that are attractive to renowned foreign universities and yet strict enough to prohibit reckless players. The current policy outlines the eligibility criteria for foreign institutions and universities who can set up campuses in India, with greater focus on financial status and minimum education standards. The problem is the fear of the existence of ‘fly by night operators’. Therefore, to test the seriousness of the interested universities, it should be mandatory for them to forge a strategic alliance with domestic institutions. This would ensure that they remain committed and impart education of the highest quality, while safeguarding the interests and welfare of the student community. At the same time, there should be proper incentives like cost sharing, tax exemptions, or autonomy to encourage top ranked universities to set up campuses in India.

What is desirable in the beginning is that universities should be permitted entry in a calibrated manner. This would require universities to begin operations on a pilot basis, and once they achieve credibility they can expand and diversify their operations further. Universities can begin by introducing a few courses at a time with a small batch size of students. Based upon the success of these programmes, they can plan to scale their operations.

In addition, it should be ensured that the degrees offered by these universities are globally recognised. This global recognition would attract students from the Asia Pacific belt and other emerging economies. This would generate sufficient foreign exchange earnings for the Indian economy.

The policy should make it mandatory for international universities to work in conjunction with Indian institutions not only in the field of teaching, but also in pursuing collaborative research and development projects. It is equally important to re-skill the faculty pool in India so that they can carve out a niche for themselves in imparting high class education, and enhancing the career prospects of Indian students. Students can also be offered opportunities to complete part of their courses overseas at the parent institution.

Although the policy document specifies the category of institutions that can launch campuses in India, it would be appropriate that apart from the leading, popular universities, somewhat lesser known/branded institutions should be allowed to offer courses. India is a market for the masses and one cannot deny quality education to all deserving students. The government needs to specify that education should be inclusive and affordable to all students. This would warrant a cap on tuition and other costs to an extent that does not dilute the standards of education. The disparity of access to quality education between the rich and poor should be minimised.

Strengthening the regulatory framework to include academic experts in addition to the statutory authorities will help create a beneficial standard of education in the country.

G.L. Tayal is dean of academics and Soumitra Mookherjee associate professor for International Business at ISBF.