In the shadow of Taiwan, PH faces existential choices 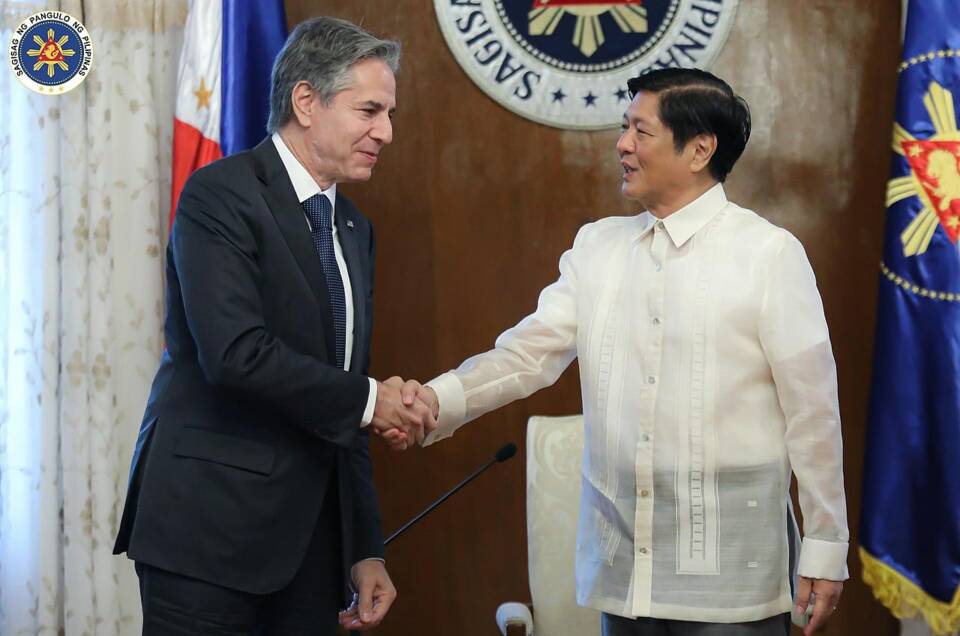 During his recent meeting with President Marcos Jr., Secretary of State Antony Blinken said the US-Philippine “alliance” was strong, but “can grow even stronger.” Aside from bilateral ties and the region, “increasingly, we’re working globally.”

That’s the US national interest.

Prior to Speaker Nancy Pelosi’s controversial Taiwan visit, national security adviser Clarita Carlos stressed Marcos’s stance that the Philippines “will remain steadfast in our One-China Policy. We have many levels of cooperation with China, mostly commercial like their Belt and Road Initiative, let us not abandon those.” That’s the Philippine national interest.

The bilateral ties with the US rest on the Mutual Defense Treaty (MDT, 1951), the Enhanced Defense Cooperation Agreement (EDCA, 2014), and the renewed Visiting Forces Agreement (VFA, 2021). US sees the country as a “major non-NATO ally” – a status that a proposed US bill seeks to formally extend to Taiwan.

In East Asia Pacific, the Philippines is the largest recipient of US military assistance. But the ally status could drag Manila into lethal friction. In May, the US NBC’s Meet the Press, with the Center for New American Security (CNAS), aired a segment, which imagined a war over Taiwan. In the scenario, Australia and Japan provide base access and contribute forces to Taiwan, while US forces use bases on the Philippines; the only ASEAN member to become a geopolitical target.

After Blinken’s visit, the Philippines Department of National defense (DND) said the country is ready to conduct joint patrols with the US in the West Philippine Sea (WPS), under the ambit of the Mutual Defense Treaty; an idea that was first floated at the time of President Benigno Aquino III.

Besides joint patrols and efforts to broaden bilateral military ties, there are signals at other muddles. In April, the US-based private equity firm Cerberus Frontier acquired the Hanjin shipyard at the Subic Bay Freeport in a buyout of $300 million. The location served as the US Naval Base until its closure in 1992. Ex-foreign secretary Teodoro Locsin Jr. touted the deal as a great commercial way to reinforce US ties.

But there’s more to the story. Chaired by ex-vice-president Dan Quayle, Cerberus is led by billionaire Steve Feinberg, Trump’s ex-intelligence advisor. According to Bloomberg, it has “bought companies that refuel spy planes, train Green Berets, make sniper rifles and watch America’s foes from space.” Until 2021, Cerberus owned the lucrative security contractor DynCorp, which has been charged for sex trafficking of children in Bosnia and damning “incidents” in multiple countries. And there are more recent debacles as well.

On the economic side, there’s the RCEP; the free trade deal among the ASEAN, China, Japan, South Korea, and Australia. China promotes the pact, which the US shuns. In Manila, President Duterte initiated the deal because it would increase the GDP by as much as 2%. Yet, it remains unratified by the Philippine Senate, which is costing the country hundreds of millions of dollars annually.

Reframed perceptions are also vital in geopolitics and often supported by domestic media that have been financed by oligarchs, foreign interests, or both. These activities include “independent” commentators, often with close foreign ties, who promote greater Taiwan entanglement.

Philippines is no longer immune to such dark scenarios, thanks to policy plunders. Last fall, a new trilateral security pact (AUKUS) was launched between the US, the UK and Australia, Washington and London to “help” Canberra to develop and deploy nuclear-powered submarines. Vehemently opposed by China, the highly controversial $66 billion deal escalated arms races and nuclear proliferation in Asia. It violated the Philippine constitution and the Southeast Asian Nuclear-Weapon-Free Zone Treaty (SEANWFZ, 1995). Yet, ex-foreign secretary Locsin Jr. welcomed the pact against most ASEAN leaders, despite dark precedents in Philippines.

During the Cold War, US nuclear warheads were secretly stockpiled in the Philippines. In the 1965 crash, a US Skyhawk attack aircraft fell into the sea off Japan. Coming from the US Naval Base in Subic Bay (which Cerberus hosts), it was carrying a nuclear weapon with 80 times the blast power of the Hiroshima explosion. Pentagon disclosed the story only in 1989.

A year ago, Daniel Ellsberg, the source of the Pentagon Papers on the Vietnam War, made an alarming disclosure. In the 1958 Taiwan Strait crisis, US military leaders pushed for a first-use nuclear strike on China. Pentagon accepted the risk that Soviet Union would retaliate in kind on behalf of its ally and millions of people would die.

Ellsberg disclosed the top-secret document to warn about the new perils in Asia.

Peaceful rise of the Philippines

Not so long ago, finance secretary Benjamin Diokno predicted economic output would grow 10% for the 2nd quarter of 2022. Yet, the economy increased slower than expected at 7.4% (still quite a feat in current conditions).

Projections based on domestic scenarios fail when global economic prospects continue to undermine local recoveries, as the net effect of food and energy crises.

Despite Bangko Sentral’s aggressive rate hike, Philippines recorded a 6.4% inflation rate for July. In Southeast Asia, the weight of food in the ASEAN-6 consumer price inflation basket is 20-40%, with fuel accounting for at least 50-60% of the basket. Among major ASEAN economies, Philippines has suffered greatest relative damage.

To become an upper-middle-income economy, the Philippines must focus on economic development. As President Marcos Jr recently said: “The Philippines shall continue to be a friend to all and an enemy to none.” He was seconded by his security adviser Carlos stressing that “China is our partner and friend, on the one hand, America is also our friend. We cannot choose either or.”

Obviously, the Philippine MDT, EDCA and VFA contradict full sovereignty. But the government must cope with the cards on the table.

Efforts to drag the Philippines into regional geopolitics will intensify in the coming months. And if Republicans advance in the US midterm elections, geopolitical tensions in Southeast Asia will accelerate faster than expected, which the government cannot ignore.

Ultimately, the rise of the Philippines is not viable without exclusive economic focus, and a cordial but firm distance from lethal geopolitics.

The choice is not between the US or China. It is between economic development or lethal geopolitics.

The commentary was published by The Manila Times on August 15, 2022