In Modi Vs Media, There Are No Winners

Our political leaders need to be answerable to the public and particularly the media, as any healthy democracy needs to function. Demonising and putting labels on them in a forever stalemate, however, will always ensure that there are no winners, only the nation that loses. 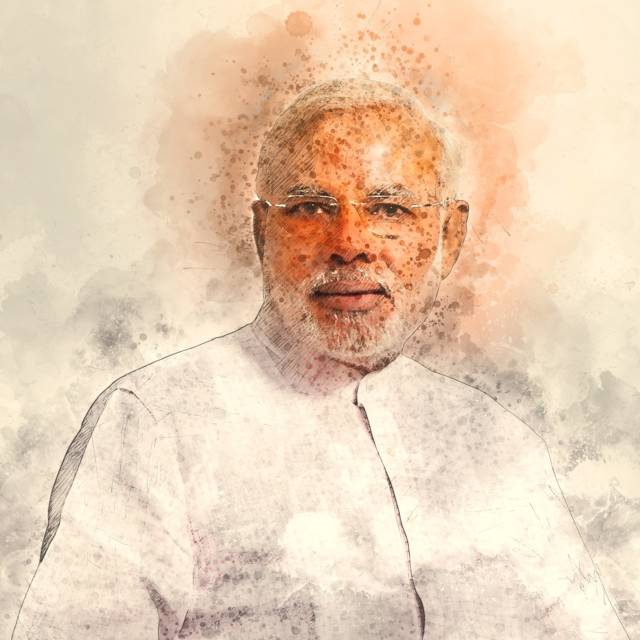 History’s arc is like a boomerang. Winston Churchill didn’t believe that Indians were capable of self-rule, once saying that “Indians are not fit to rule, they are fit to be ruled.” As adulation for Churchill is wearing off with the passage of time, The Guardian and The New York Times, the media bastions of anti-imperialism, still recite the spirit of his sentiment: Sure, Indians have the right of self-determination, but they don’t seem terribly good at it.

The left-leaning press was disappointed with Indians for voting in Narendra Modi as prime minister. Even The Economist, which goes to painful extents to conjure an affectation of objectivity, warned during this year’s election, as it had warned in 2014, of the dangers of Modi, the leader of the Bhartiya Janata Party (BJP). Yet India’s villagers, enthralled by the prospect of not having to defecate in the open — 80 million toilets have been built in Modi’s sanitation drive — turned out in droves to vote in the 2019 election. What does The Economist see that rural India doesn’t?

By all objective indicators, Modi should be the success story the left venerates. Though not Oliver Twist, Modi’s trajectory was full of twists. He started off as a chaiwallah, a tea seller. Statistically speaking, today he should be standing at some railway station shouting “Chai, chai garam” (tea, hot tea), fighting with thousands of other vendors for a few rupees to make a living. Instead, he squared up against India’s most famous non-monarchial monarchy.

Whereas Nehru spoke and wrote English so crisp that he was able to charm the wife of Lord Mountbatten, India’s last viceroy, Modi exudes the physiognomy of an Indian godman. Before the election, he was meditating in Kedarnath, a sacred place for Hindus. If you had to dress up as an Indian prime minister, you’d choose Nehru over Modi any day.

Modi’s problems started in 2001, when he was the chief minister of Gujarat. After a Muslim mob set fire to a train with Hindu pilgrims, the state erupted in Hindu-Muslim riots. Modi was accused of deliberately delaying the deployment of police to enable Hindu mobs to kill Muslims. This serious charge is difficult to either prove or disprove. If Modi really did hold back the police, he would have made sure he never get caught. A special tribunal cleared Modi of abetting the riots. Modi’s detractors didn’t believe its conclusions.

Accusations of deliberately not doing enough to stop riots aren’t uncommon in India. In 1946, after Muhammad Ali Jinnah, the founder of Pakistan, made an impassioned call to Muslims across India to strike in support of the creation of Pakistan, Kolkata descended into Hindu-Muslim riots, which became known as the Great Calcutta Killings — the riot which sparked riots, the Paul Revere of Hindu-Muslim riots. Huseyn Suhrawardy, a (Muslim) supporter of the two-nation theory, was in charge of Kolkata. He was accused of encouraging Muslims to kill Hindus and of preventing the police from getting to the hotspots of violence. But historians are divided, and many defend Suhrawardy, who later became prime minister of Pakistan, with equal vigor. Was Suhrawardy really guilty? Your guess is as good as mine.

Whenever you question Suhrawardy’s culpability, you have to remind yourself how easy it is to fall for the causal narrative: A Muslim leader who supported Pakistan in charge of the law and order, stops the police from rescuing Hindus in a riot in which Hindus are disproportionately killed. Precisely because the narrative fits the plot so perfectly, it appeals to the reptilian portion of our brains — and this is precisely why, without strong evidence to support or disprove it, it should be dismissed.

The truth about Modi’s involvement in the Gujarat riots will never be known. However, once the doubt is cast, there’s no returning to innocence. No Indian institution is free of corruption, least of all the press, which grinds its objective ax selectively. Modi has been roasted by the Indian media in ways Rajiv Gandhi never was, even though both witnessed fierce communal violence under their tutelage.

Though the scrutiny of both Modi and the BJP is mostly healthy, sometimes the criticisms are contradictory or made without knowledge of history. The BJP is accused of jingoism and of escalating tensions with Pakistan, yet India fought three wars against Pakistan, including the one started by New Delhi, when the Congress was in power.

Under the BJP, India fought only one war with Pakistan, the 1999 Kargil War, which wasn’t really a war with Pakistan: It was fought by the Indian Army against intruders on Indian soil, Indian soldiers never crossing the line-of-control (LOC) into Pakistan. Recently, the Indian Air Force crossed the LOC to retaliate against an attack by a Pakistan-based militant group, Jaish-e-Mohammed, on Indian soldiers in the disputed Jammu and Kashmir region. It was a bold act, and Modi was rightly criticized for escalating tensions with Pakistan. But, comically, he was also mocked for not harming anything but a few trees in Pakistan.

Narendra Modi is damned if he does and damned if he doesn’t. It is fashionable in educated Indian circles to be against Modi, in part to avoid the label of a Hindu fundamentalist. Labeling can be powerful, and this writer too has demonized BJP supporters. But one is reminded of the wisdom of F. A. Hayek, who placed much importance on local knowledge. Between India’s illiterate villagers living the consequences of their political choices and the lettered editors of The Economist haw-hawing from their armchairs in Westminster, I trust the former.