A federal initiative in Mexico had huge spillover effects. 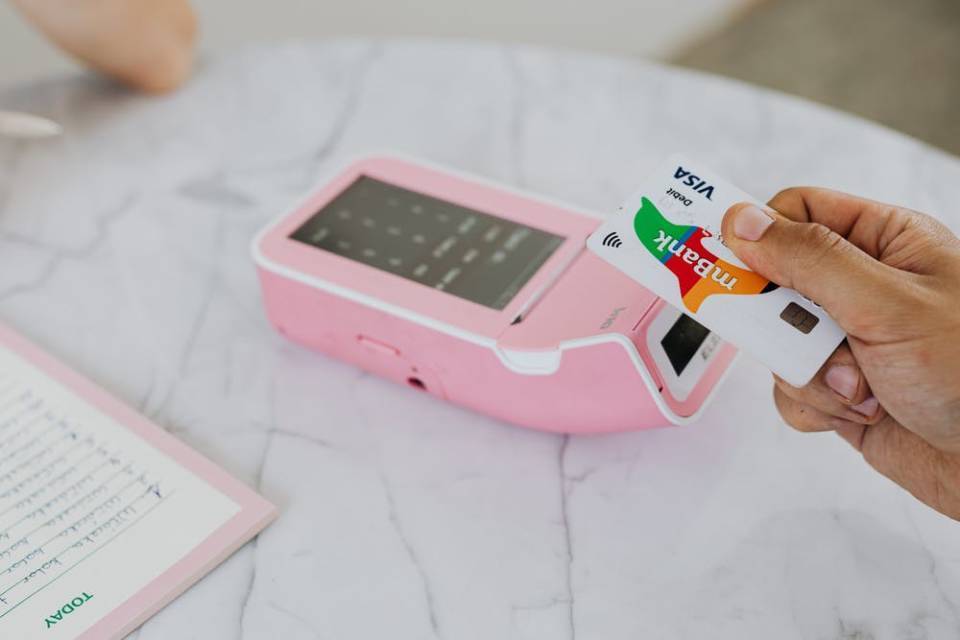 BASED ON THE RESEARCH OF


Economists and policymakers generally agree that a key component to alleviating global poverty is “financial inclusion.” The idea is that access to responsibly delivered financial services can improve the prospects and quality of life for the poor by helping them finance small businesses or prepare for financial shocks.

But experts disagree on an important question: Which financial tools and services will have the biggest impact?

Sean Higgins, an assistant professor of finance at the Kellogg School, is investigating the reach of one potentially powerful tool: debit cards. In two recent research projects, he examines the impact of the Mexican government’s decision to distribute debit cards to poor families so that they could receive their cash-transfer payments from the government.

In an initial study, he and his coauthors looked at how households that received the debit cards changed their savings behavior compared with when they received the same cash transfers but had to go to a bank to access their money. They found that card holders did appear to save more because of the debit cards.

The second study grew out of the first after Higgins learned that roughly half the debit-card recipients used their cards in local stores. How, Higgins wondered, might a large infusion of new debit cards produce ripple effects throughout a local economy? He found that many other constituencies, such as small retail businesses and other consumers, benefitted.

“The findings on spillover benefits to small retailers and richer consumers suggest that this type of policy to subsidize financial inclusion could be politically popular,” Higgins says, “even among the richer households that pay a larger share of taxes.”

A Deluge of New Debit Cards

The researchers used anonymized data on approximately 350,000 urban Prospera beneficiaries, all of whom had been receiving cash transfers from the program into their bank accounts prior to 2009, when Prospera began to introduce debit cards.

In the first investigation, Higgins teamed up with Pierre Bachas, at the World Bank; Paul Gertler, at the University of California, Berkeley; and Enrique Seira, at the Instituto Tecnológico Autónomo de México. They analyzed roughly five years of beneficiaries’ transaction-level bank-account information, from 2007–2011 (spanning before and after the introduction of the debit cards). They also combed through Prospera’s survey data, which included information from a subset of participants on their household consumption and income; feelings of trust toward the bank; and use of debit cards and ATMs.

The Ripple Effects of Debit-Card Use

Before receiving debit cards, only 13 percent of Prospera beneficiaries held savings in their bank accounts: rather, the vast majority withdrew all of their cash shortly after each transfer was deposited. Right after receiving the cards, however, this number leapt to 29 percent, and two years later it was 87 percent. During that two-year period, the average beneficiary accumulated savings of two percent of annual income.

And even more notably, the results suggested that these were new savings—not just people moving their savings around. Prospera’s survey showed that while most respondents’ income levels didn’t change after receiving a debit card, their spending dropped by roughly the same amount by which bank-account savings increased.

“We find evidence that saving in the bank account is not just beneficiaries taking money that they were saving under the mattress and moving it to the bank account, but rather new, overall savings,” Higgins says.

Why was this new saving happening? Higgins and his fellow researchers highlight two main explanations.

The first was a new level of convenient access to their money. Before receiving the cards, transfer recipients could only withdraw cash from one of the country’s 500 Bansefi bank locations. For the average Prospera participant, the trip to the nearest branch was about five kilometers (just over three miles). The debit cards, on the other hand, could be used at any of Mexico’s 27,000 ATMs. For the average Prospera beneficiary, this shrank the distance they needed to go to get cash or check their balance to about one kilometer (less than a mile).

“We find evidence that saving in the bank account is not just beneficiaries taking money that they were saving under the mattress and moving it to the bank account, but rather new, overall savings.”

Secondly, having a debit card appeared to enhance a person’s trust in the bank. The researchers observed that most debit-card recipients in the sample didn’t start saving immediately, but instead made frequent balance checks using ATMs—presumably to confirm that their money was safe. A Prospera-administered survey found low levels of confidence in the bank among many beneficiaries who reported not saving in the accounts. The cards offered a convenient way to establish trust over time that the bank wasn’t siphoning off balances through hidden fees or other means. Indeed, the researchers found that the longer beneficiaries held their cards, the less frequently they checked their balance, and the less likely they were to indicate in surveys that they lacked trust in the bank.

“The natural question is,” Higgins says, “if these households had wanted to save before receiving debit cards, but they weren’t saving in the bank account because it was too far to travel or they didn’t trust the bank, why hadn’t they been saving somewhere else, like under the mattress?”

Part of the reason appears to be the difficulty of resisting certain types of “temptation purchases” when extra cash was squirreled away at home. The researchers noted in Prospera’s survey data that after one year with the card, beneficiaries reported a significant reduction in spending—equal to about five percent of their income. The purchases that dropped by the largest percentage during this interval were those in the category of “temptation” goods—alcohol, tobacco, soda, sweets, and junk food—which fell by about 14 percent.

A second pattern stood out to the researchers: receiving a debit card had the biggest effect on savings among families whose female head of household had little decision-making power within her family when it came to finances. (This level of “bargaining power,” as the researchers termed it, was measured by an index they created based on five questions in Prospera’s household survey about whether important decisions were made by a female head of household, her male counterpart, or jointly.)

“We think that in households where these women already had high bargaining power, maybe saving informally is not as difficult,” Higgins explained. “They could save under the mattress and not worry about the male head of household taking the money and spending it.” For women with low bargaining power, on the other hand, keeping extra money in a bank account with a linked debit card represented a newly secure way to amass funds—while still allowing for convenient withdrawals if the need for cash arose.

The second paper, which Higgins conducted on his own, looked at the impact of these cards not just on those who received them, but on the local economy—which on average, saw the percentage of households with a debit- or credit-card jump from 36 percent up to 54 percent due to the new Prospera cards.

In addition to the Prospera data, Higgins used a confidential data set on payment technology adoption among retailers, as well as another confidential set of data housed at the country’s Central Bank. This included records of all debit-card and credit-card transactions in Mexico from 2007–2015—roughly five billion transactions.

He also made use of a household survey, conducted biannually by Mexico’s National Statistical Institute. This survey takes the form of a consumption diary. From it, Higgins was able to discern where consumers shopped and whether their habits changed when formerly cash-only retailers outfitted themselves to accept cards.

He found that the jump in new card holders usually had a domino effect: more businesses—especially small retailers like corner stores—began to adopt point-of-sale (POS) terminals to accept the cards. In the average county, 18 percent more corner stores used POS terminals two years after the arrival of the Prospera cards than those in areas where the cards hadn’t arrived yet.

Interestingly, thanks to this wider adoption, the richest 20 percent of all consumers—who mostly already held cards prior to the Prospera effort—shifted 13 percent of their supermarket consumption to corner stores. In fact, the benefits to consumers other than Prospera recipients is quite considerable. Higgins estimates that the monetary value to this group of being able to use debit cards at more retail businesses—in time saved shopping closer to home, and in often lower prices at corner stores—is about 37 times larger than the direct costs incurred by the government to distribute the cards.

Policymakers trying to alleviate poverty often try to weigh societal benefits against collective costs, Higgins explains. A common constraint of programs is the politically risky cost to richer members of society who bear a proportionately higher tax burden. But his research shows that with this type of policy, both the poor and the rich can benefit.

“These could actually be very politically popular initiatives,” Higgins says, “as long as people are aware of the spillover effects.”

Another selling point, he says, is that such a policy is relatively cheap because it leverages a social program—the cash transfers—that already exists. He estimates that distributing the debit cards to make that cash more accessible costs just USD$2 per card and administering the bank accounts costs just USD$13 annually per account.

“These costs are just dwarfed by the benefits that I estimate,” he says.

Katie Gilbert is a freelance writer in Philadelphia.

Republished with permission from the Kellogg School Of Management. Please read the original article here