Historical Places in Delhi to Explore This Year In 2022 | Qrius

Delhi is the capital of India. Delhi was a trade hub between Afghanistan and Tibet. Since then, it has been a major center in South Asia with rich Mughal architecture. It is also the ninth most populous metropolitan area in the world, and one of the world’s fastest growing cities. There are many beautiful historical […] 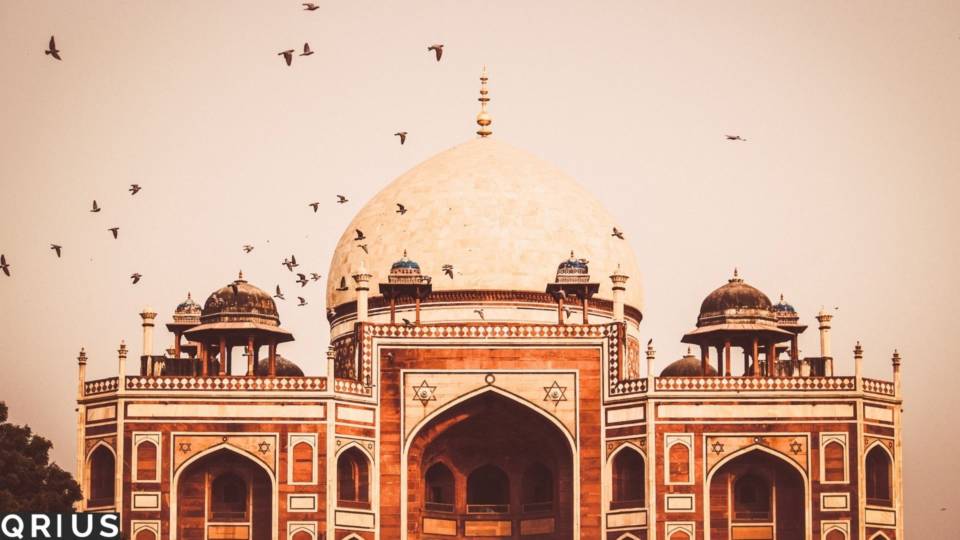 Delhi is the capital of India. Delhi was a trade hub between Afghanistan and Tibet. Since then, it has been a major center in South Asia with rich Mughal architecture. It is also the ninth most populous metropolitan area in the world, and one of the world’s fastest growing cities. There are many beautiful historical places to explore this year in 2022!

The Red Fort is a historical place located in Delhi, India. It was built in the 17th century by the Mughal Emperor Shah Jahan. The Red Fort is made of red sandstone and is considered to be one of the most beautiful buildings in India. It is a UNESCO World Heritage Site.

The Red Fort has a number of historical significances. It was the main residence of the Mughal Emperors for nearly 200 years. It was also the site of the 1857 Rebellion against the British. The Red Fort is also a symbol of India’s independence.

Today, the Red Fort is open to visitors all year round. Visitors can explore the many chambers and halls of the fort, as well as the gardens and courtyards. There is also a museum located inside the fort that displays artifacts from the Mughal period.

Chandni Chowk is one of the oldest and most historical places in Delhi. It is located in the heart of Old Delhi and was once the capital of the Mughal Empire. Today, it is a bustling market area with narrow streets and crowded shops.

Chandni Chowk is home to many historical landmarks, including the Red Fort, Jama Masjid, and Fatehpuri Mosque. It is also a great place to try traditional Indian food. The market area is full of small stalls and shops selling everything from spices to clothes.

If you’re looking to explore Delhi’s history and culture, Chandni Chowk is definitely the place to go.

1. Humayun’s Tomb is one of the most popular historical places in Delhi. The tomb was built in 1570 by Humayun’s wife, Queen Haji Begum. It is amazing Mughal architecture in Delhi. The tomb is surrounded by gardens and has a water tank in the middle. Visitors can explore the tomb and the gardens.

Jama Masjid is located in Old Delhi, near the Red Fort. It is a popular place for tourists to visit because of its beautiful architecture and history. Jama Masjid is an important religious site for Muslims. Friday prayers are held here every week.

If you are planning to visit Delhi, be sure to add Jama Masjid to your list of places to see!

Qutub Minar is one of the most popular historical places in Delhi. It is a UNESCO World Heritage Site and one of the most visited tourist attractions in India. The minaret was built in the 12th century by Qutb al-Din Aibak, the first Sultan of Delhi. It is made of red sandstone and stands 73 meters tall. Visitors can climb to the top of the minaret for a panoramic view of Delhi.

Nearby, you can also visit the Iron Pillar of Delhi. This pillar is made of iron and is believed to have been built in the 4th century AD. It is one of the oldest surviving examples of Indian metallurgy. The pillar is covered in a layer of corrosion-resistant metal, which has helped it to withstand the elements over the centuries.

Bara Gumbad is one of the most historical places in Delhi. It is a 14th-century tomb that was built in honor of Feroz Shah Tughlaq, a powerful ruler during that time. The tomb is made of sandstone and marble, and it is decorated with intricate carvings. Visitors can explore the tomb and learn about its history.

Near Bara Gumbad is another historical place called Lodhi Gardens. This garden was built in the 15th century and it is a beautiful place to relax and take in the sights of Delhi. There are several ancient tombs and mosques located within the garden, so there is plenty to see and explore.

The Lakshmi Narayan Temple is one of the most popular historical places to visit in Delhi. This temple was built in the 15th century and is dedicated to the Hindu deity Lakshmi. The temple is known for its beautiful architecture and has a large complex with several smaller temples within it. Visitors can explore the complex and learn about the history of this important religious site.

The Lakshmi Narayan Temple is located in the heart of Delhi and is easily accessible by public transportation. The temple is open daily from sunrise to sunset and there is no charge for admission.

There are so many historical places in Delhi that it can be hard to know where to start exploring. However, the places on this list are a great starting point for anyone interested in learning more about the history of this fascinating city. From ancient temples to iconic monuments, there is something for everyone on this list. So, grab your camera and get ready to explore some of the most incredible historical places in Delhi!