Genetically modified CRISPR’d food is now a reality; what does this mean for India?

By Elton Gomes The US Department of Agriculture (USDA) confirmed on March 28 2018, that some plants whose genes have been edited can be designed, cultivated, and sold in the market. The crops will not be subject to any kind of regulation. The USDA is of the opinion that as long as any type of […] 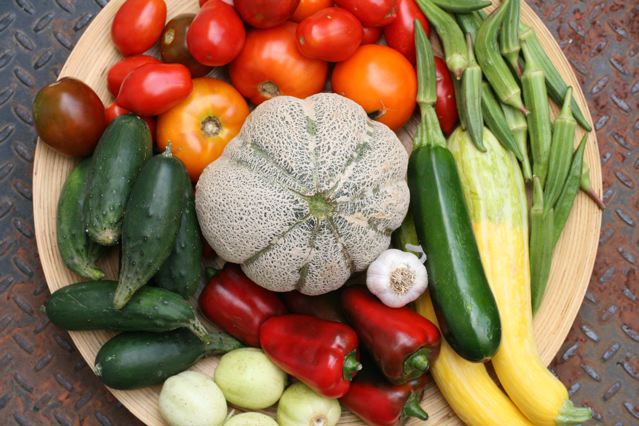 America has not yet placed any regulations on CRISPR-Cas9 edited foods. Credits: thebittenword.com on Visualhunt.com / CC BY

The US Department of Agriculture (USDA) confirmed on March 28 2018, that some plants whose genes have been edited can be designed, cultivated, and sold in the market. The crops will not be subject to any kind of regulation.

The USDA is of the opinion that as long as any type of genetic alteration can be bred in a plant, it need not require any regulation. The recent order may just have opened up the floodgates for genome editing in India as well.

What is genome editing, and why the fuss?

Known by their acronyms- ZFNs, TALENs, and CRISPRs- these proteins come in three varieties. However, it is CRISPR (Clustered Regularly Interspaced Palindromic Repeats), with its design and simple cell delivery, that has intrigued scientists the most.

To understand how CRISPR functions, Cas and Cas9 have to be understood first. Cas are CRISPR-associated genes, whereas Cas9 is a CRISPR-associated protein that is programmed by RNAs to edit DNA in an appropriate manner. Together, CRISPR-Cas9 constitutes a complex group of enzymes and genetic guides that searches for and edits DNA.

With genome editing underway in several parts of America, scientists are using CRISPR-Cas9 to make crops resilient to any climate, to treat genetic diseases, and to develop designer foods and drugs. Besides, Cas9, there also exists Cas3 which gobbles up DNA.

Laboratories around the world began using CRISPR-Cas9 over the past five years. CRISPR-Cas9 is fast, cheap, and simple. Furthermore, minimal training is required to use CRISPR-Cas9, and it can simultaneously manipulate multiple genes.

Impact on the agricultural sector

Crops that are gene-edited will tend to have a higher yield, be tolerant to draught and resistant to diseases. Additionally, they might just become tastier and more nutritious. CRISPR does not only have the potential to improve row crops such as corn, but it could also help grow enhanced versions of fruits and vegetables, as well as staple crops such as cassava.

Besides attempting to make crops more nutritious, agro companies are now investing to test CRISPR.
Along with Caribous Biosciences, DuPont began growing wheat and corn which had been edited by CRISPR-Cas9. DuPont was attempting to determine whether growing drought-resistant corn and wheat can be grown.

Does India plan to employ gene-editing

In January 2018, a team of Indian scientists used CRISPR-Cas9 technology in the Rasthali variety of bananas.

Dr. Siddharth Tiwari, who led the research team, told India Science Wire: “We would like to exploit the genome editing tool for development of nutritionally improved transgene-free Indian banana variety. The selected events of the biofortified banana crop would be analyzed for nutritional, bioavailability and agronomical performance with the appropriate collaborative efforts.”

According to Dr. Tiwari, using the CRISPR-Cas9 techonolgy could develop a non-transgenic variety of banana. This new variety could be more beneficial in considering biosafety challenges for commercial cultivation of the improved crop.

With genome editing making headway in India, several factors need to be considered. As India’s expenditure in the R&D department continues to rise, the focus should now be on providing adequate research facilities for genome editing technologies to function smoothly. Besides investing in research, India requires an effective regulatory framework. The Indian government would also needs to determine whether CRISPR foods should be labeled.

After the approval of GM Mustard, the Food Safety and Standards Authority of India (FSSAI) is planning to label genetically modified foods (GM) in India. However, it remains to be seen whether CRISPR foods will also be labeled.

Gene editing claims to promise more nutritious crops with a higher yield. An area of concern remains the technology’s feasibility. If CRISPR-Cas9 is heavily relied on in India, will it ignore produce by the nation’s farmers who have been promised directives like MSP?