What’s happening in J&K? Mufti and Lone take to Twitter to stake claim to form government

By Prarthana Mitra In a historic first in Indian politics, Kashmir’s PDP chief Mehbooba Mufti tweeted her party’s claim to form the next government Wednesday night, after the fax machine at the Raj Bhavan reportedly “refused” to accept her request. She said she has the backing of Congress and the National Conference (NC), ,although a senior […] 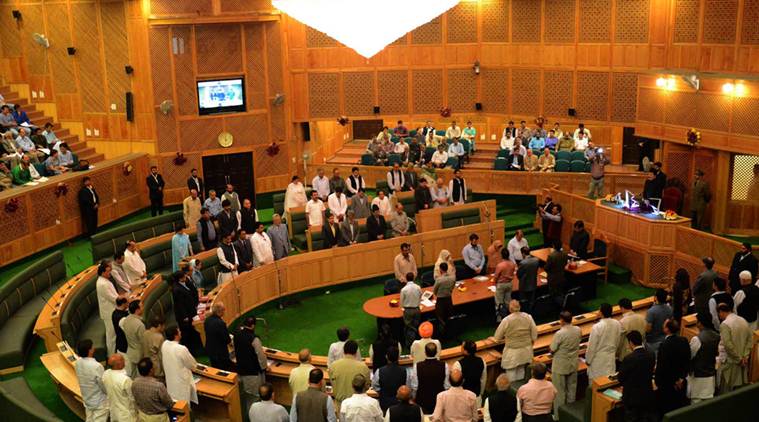 In a historic first in Indian politics, Kashmir’s PDP chief Mehbooba Mufti tweeted her party’s claim to form the next government Wednesday night, after the fax machine at the Raj Bhavan reportedly “refused” to accept her request. She said she has the backing of Congress and the National Conference (NC), ,although a senior leader of the Congress later clarified that it was merely a suggestion and neither Congress nor the NC was “keen” to form a government.

Minutes after the Peoples Democratic Party (PDP) staked claim, Sajad Lone’s People’s Conference made a rival claim backed by the BJP. The governor dissolved the assembly amidst this race to form a new government in Jammu & Kashmir.

Mufti in a letter dated November 21, stated that the PDP has 29 seats in the state assembly, and with the support of the National Conference and Congress, it would comfortably cross the majority mark of 44. The former chief minister of Jammu & Kashmir claimed to have the support of both Congress and arch-rival Omar Abdullah besides 56 MLAs from her own party, only months after the BJP ended the ruling alliance with PDP.

She was later forced to tweet out the very same letter after HE governor Satya Pal Malik remained unreachable despite her reported efforts to establish contact.

Have been trying to send this letter to Rajbhavan. Strangely the fax is not received. Tried to contact HE Governor on phone. Not available. Hope you see it @jandkgovernor pic.twitter.com/wpsMx6HTa8

Soon afterward, Lone also tweeted an excerpt of a WhatsApp conversation with the governor’s aide containing a similar letter staking a claim. Unable to reach HE via fax as well, Lone had a telephone conversation with the Governor. “I shall submit the Letter of Support from the BJP legislature Party and other members supporting the government… as and when asked to do so by your Excellency,” his letter read.

Amidst this race to form a new government, the governor dissolved the assembly citing reports of horsetrading and exchange of money to bribe legislators. “The impossibility of forming a stable government by the coming together of political parties with opposing political ideologies,” was also a concern, officials close to the development added.

Mufti later pointed out that it was strange how the governor’s residence swiftly issued a fax regarding the dissolution while failing to receive theirs, as Abdullah turned the pressure up further, claiming that his party had been demanded dissolution for 5 months. “It can’t be a coincidence that within minutes of Mehbooba Mufti Sahiba letter staking claim, the order to dissolve the assembly suddenly appears,” he tweeted, adding, “J&K Raj Bhavan needs a new fax machine urgently.”

Formerly political rivals, Mufti and Abdullah found themselves on the same side regarding the contentious amendment to Article 35A, which grants J&K its special status and which the BJP has been keen on revoking.

Noting the jitters that the probable coalition between PDP, Congress and NC caused the BJP, Mufti thanked NC and INC in a tweet, “In my 26-year-old career as a politician, I thought I had seen it all! But like they say never say never! I would like to express my heartfelt gratitude to @OmarAbdullah and @Ambikasoni4 ji for helping us achieve the seemingly impossible.”

What to expect next

J&K has been under Governor’s Rule since June when BJP and PDP parted ways. Fresh elections will be held within six months of dissolution, something that the BJP is pushing for in the absence of a stable government. With Malik’s tenure coming to an end, the Governor’s rule will be replaced by President’s rule until the new assembly is created.