According to news reports, the Enforcement Directorate agency arrested the legislator after hours of questioning on Sunday under provisions of the Prevention of Money Laundering Act (PMLA). Raut, a Rajya Sabha MP, is a key member of Team Thackeray that is caught in a bitter tussle with the Sena faction led by Maharashtra Chief Minister Eknath Shinde, reports NDTV. 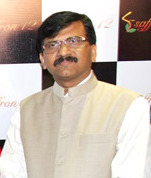 A Mumbai court remanded Shiv Sena MP Sanjay Raut to custody till August 4, after he was arrested by the Enforcement Directorate in a money laundering case.

Mr. Raut was arrested on Sunday midnight after raids were conducted at his Mumbai home, followed by questioning at the Enforcement Directorate office.

As per the officials in the ED, Mr. Raut was arrested due to ‘non-cooperation.’ The ED is also reported to have discovered ‘unaccounted cash amounting to INR 11.5 lakh’ and alleged ‘incriminating documents’ from his residence.

Mr. Raut’s brother, however, claimed that the 60-year-old Shiv Sena MP had been ‘framed’ and that the cash was being collected for an Ayodhya tour.

‘BJP is afraid of him and got him arrested. They haven’t given us any document (regarding his arrest). He has been framed,’ he said.

‘The amount found in the house is of Eknath Shinde (the Maharashtra chief minister). It was a party fund for the Ayodhya trip,’ Sunil Raut, who is a Sena MLA, said.

Sanjay Raut has been a vocal critic of the BJP, ever since the Uddhav Thackeray-led government was grappling with the collapse of the Maha Vikas Aghadi (MVA) coalition in Maharashtra.

The Shiv Sena and the BJP snapped decades-old ties to form the MVA, but found themselves in a disadvantageous position after then rebel-MLA, and now CM of Maharashtra, Eknath Shinde forged an alliance with the BJP, along with majority MLA support.

The two factions of the Sena are now battling it out in the Supreme Court. While Mr. Raut did not pay heed to earlier summons, on Sunday, as his home was raided, he underlined he had nothing to do with the case.

He also said he won’t quit Sena, as party workers gathered outside his residence in a show of solidarity.