The cataclysmic shock to global energy markets has caused many countries to temporarily backtrack on ambitious climate goals. India is leading the way, when it comes to the decarbonisation agenda 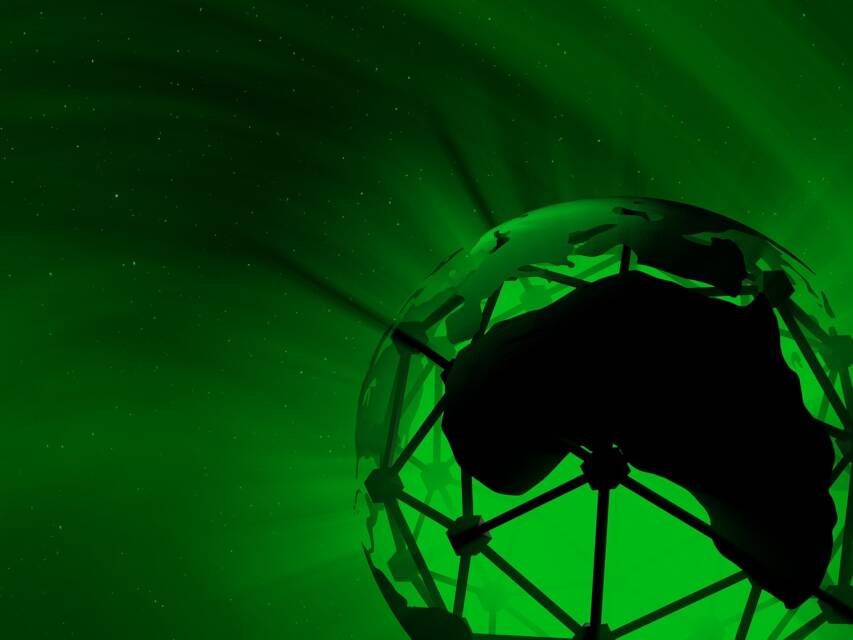 Looking back on 2022, the global energy crisis sparked by Russia’s war in Ukraine and the associated fossil fuel backslide was undoubtedly one of the year’s defining developments. But while environmental concerns are certainly justified, considering that global coal consumption hit a record high as countries scrambled to replace Russian hydrocarbons, the expansion and resilience of renewable energy has been an unsung triumph of the past year.

Governments have been shocked into action by the global energy crisis as well as climate change-driven natural disasters. Powerhouses like the United States and EU may have assumed a leading role in this watershed year for the green energy transition, but countries on the frontlines of these crises, including Ukraine and Pakistan, have equally risen to the occasion under the most difficult of circumstances.

Fossil fuels and renewables at crossroads

The cataclysmic shock to global energy markets has caused many countries to temporarily backtrack on ambitious climate goals. EU countries have been major culprits, with green juggernauts like Germany rebooting mothballed coal-fired power plants. China has substantially increased coal operations – admittedly while also expanding solar and wind by over 30% and 25% – and associated carbon emissions.

But this is not the whole story. The International Energy Agency (IEA) has highlighted how significant progress in renewable energy generation has nearly offset the increased emissions from this coal relapse. Energy expert Kingsmill Bond has hailed 2022 as a “pivot year,” pointing to evidence that “fossil fuel demand after 200 years of growth had reached a peak” and was on course for “an inevitable decline” while solar and wind power is set for a historic expansion over the next five years.

Globally, governments have significantly ramped up momentum for the green energy transition in 2022. The United States and EU have enacted historic climate policies with their respective Inflation Reduction Act and REPower EU plan, while the latter has boosted solar and wind-generated electricity by an impressive 13%.

While action from superpowers is essential, the success of the green energy transition will depend on the action of a much broader coalition of countries like Ukraine, which boast enormous renewables potential and a rapidly growing market.

In the span of a decade, renewable energy’s share of electricity generation in Ukraine has soared from roughly 3% to 12.4% thanks to trade liberalisation, strong government fiscal incentives and streamlined regulations that have facilitated over $12 billion in FDI. International solar energy firm TIU Canada, founded by Ukrainian-Canadian entrepreneur Michael Yurkovich, has been among the pioneering foreign investors in Ukraine’s renewables sector, being the first company to invest in Ukraine under the 2016 Canada-Ukraine Free Trade Agreement. In recent years, TIU Canada has contributed over $65 million to the expansion of Ukraine’s solar energy production, with its three solar farms in the country generating 54 MW of green electricity.

Despite the war, Michael Yurkovich has confirmed that “our solar stations continue operating,” while the company’s donations of generators are helping to plug gaps in Ukraine’s grid caused by Russia’s criminal shelling of civilian energy infrastructure. Moving forward, significant levels of private investment will be needed to unlock Ukraine’s renewable energy potential during the post-war reconstruction, capitalising on the government’s ambitious National Recovery Plan to fuel its own as well as the EU’s green transition.

Beyond the war in Ukraine and its energy disruption, climate change-driven natural disasters around the world have heavily marked 2022, throwing climate vulnerability and the disproportionate burden carried by the global South into sharp relief.

Pakistan, among the hardest-hit countries although it accounts for less than 1% of global emissions, reflects this climate injustice. Between June and October, flooding in Pakistan killed at least 1,739 people and affected another 33 million. And with over 20 million people still in need of aid, UNICEF has warned that “it will take months, if not years, for families to recover” from what UN Secretary-General António Guterres has decried as the worst “climate carnage” he has ever seen.

Emboldened by this blow, the Pakistani government mobilised its presidency of the G77 group of climate-vulnerable countries to help negotiate a landmark Loss and Damage Fund at the COP27 climate summit. The government has also displayed long-term vision and ambition, with Prime Minister Shahbaz Sharif recently announcing a 10,000 MW solar energy programme for climate and energy resilience. As in Ukraine, Pakistan’s efforts to develop its renewable capacities and attract foreign investment have been recognised, with China now Pakistan’s largest foreign investor, including $125 million in solar plants and many more projects in the pipeline.

If 2022 has been “the beginning of a green transition” as climate diplomacy expert Dr. Leak Stokes has written, it will be vital to carry on this revolution in 2023. While technological advances are slashing renewable energy generation and storage costs, governments will need to address lingering obstacles standing in the way of widespread renewable energy expansion.

Notably, the IEA has highlighted outdated energy policy frameworks, subsidy schemes and regulatory environments. By accelerating innovative market and regulatory reforms, including renewable energy fiscal incentives and streamlined permitting processes, governments will be able to attract the levels of investment needed to ramp up green energy production over the coming year.

Countries should take inspiration from the likes of the United States and India, which have implemented such reforms faster than anticipated given the urgency of the energy transition. In 2023, India will be particularly interesting to watch given its G20 presidency.

Having already boosted its renewable energy sector, India is now planning a $2 billion green hydrogen incentive scheme to help lead the decarbonisation agenda, a bold move that should set an example for both G20 and developing nations that must cooperate to take the energy revolution to even greater heights in the coming year.