Diversity, acceptance, and inclusion: Changing trends in the fashion industry

Here’s how the fashion industry has become more inclusive of diverse and different models. 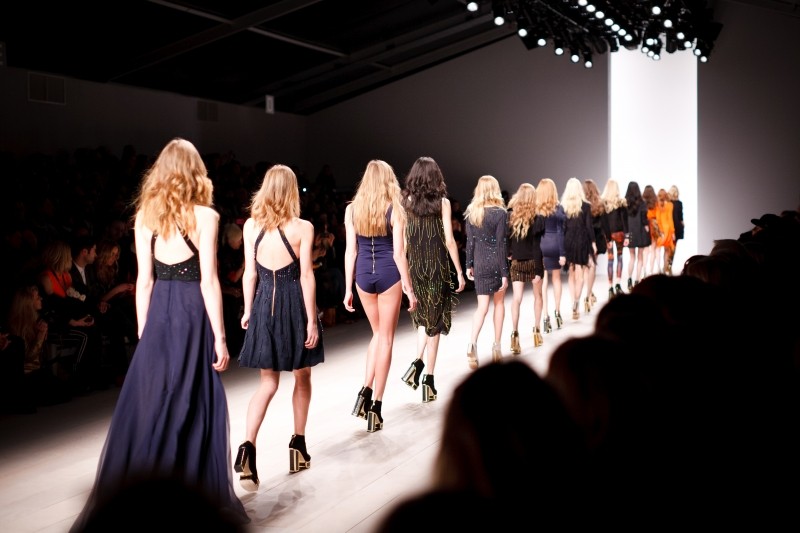 Harsh is the co-founder of Fynd, a first-of-its-kind, e-commerce fashion platform, with a live inventory of 8K plus stores catering to more than 8 million customers. He is an engineer from IIT Bombay and has 7+ years of experience in the field of Fashion Retail, Hospitality, Management Consulting and Human Resources.

The March 1966 edition of Vogue UK shows Donyale Luna, sporting a thick, Twiggy (Lesley Lawson)-esque makeup. Luna, a 20-year- old woman, hails from Detroit and is one of the first international black supermodels. What is worth noticing is that this was the first time a model of colour became the face of Vogue. Fashion, for the most parts, has been incredibly one-dimensional, selective, and intolerant. This might sound like an extreme claim, but the fact that it took seven decades for Vogue UK to accomplish this, speaks volumes about what we have mentioned.

Featuring Luna on the Vogue UK cover marks a critical turning point in the history of the fashion industry; it paved the way for future models like Naomi Campbell, Tyra Banks, and Chanel Iman, not only to become successful models but also to act as an icon to millions of coloured people all over the world. What this goes to show is that all it needed for people with differences to excel in fashion was a little acceptance from the fashion industry. Once that was accomplished, everything else fell into place. It is because of this change today that one can find people of different colour, caste or creed endorsing high fashion and high-value products like jeans, designer watches, gowns and shoes etc.

Let’s have a look at six breakthrough trends and events of the 21st century which has changed the face of fashion.

Love your curls, a movement by Dove, encouraged young girls to be more accepting of their curls, thereby reinforcing the ongoing natural hair movement. A major brand like Dove coming forward in support of this is something that’ll give many women the confidence to love their curls.

This photo project was aimed at empowering and celebrating black women of all shades and colours. “Darker-skinned and less classically beautiful” is what a reporter called Viola Davis, which led to this initiative. This cringe-worthy statement sparked plenty of outrages and a journalist Abi Ishola took it upon herself to turn the negativity into something beautiful. And the results are for us to see:

The previous decade saw the fashion industry open their arms and embrace mature models, thereby removing the stigma associated with old age. Julia Roberts, Iris Apfel, and Joni Mitchell were widely known for being the face of campaigns like Givenchy, Alexis Bittar, and Saint Laurent respectively, but the most significant turning point was when Joan Didion featured on the cover of Celine.

Models with physical and cognitive disabilities walking the catwalk

People with disabilities, both physical and cognitive, have always been wrongly excluded from our society’s “normal spectrum”, including the fashion industry. However, things are changing on that front. The past NY Fashion Week saw Jamie Brewer, a model with a cognitive disability, walk the catwalk. Earlier, there was a model in a wheelchair featured in Carrie Hammer’s show. Madeline Stuart, a model with down syndrome based out of Brisbane, is widely known and acknowledged and has walked the catwalk twice on the NY Fashion Week.

The past decade has been very inclusive of plus-sized models everywhere from cover photos to calendars. However, the primary turning point was when Candice Huffine became the first plus-sized model to feature on the 2015 Pirelli Calendar. This only goes to show that not only is the body acceptance movement gaining momentum, it’s also being accepted and promoted in the fashion industry.

International brands and expert designers are coming up with exclusive maternity-friendly clothing lines. Today, you can find numerous stores stocked with trendy and unique design options that will help women maintain their style throughout the pregnancy. Pregnant women have always had to keep a distance from fashion and fashionable clothing, mainly because of the lack of such apparels. However, designers are now coming forth with fashion lines dedicated to pregnant females. FirstCry, MorphMaternity, Momzjoy, and Fynd are some online stores where you can quickly browse trending clothes and pick the ones you like best.

With these taboos being broken one at a time, we can hope that the future of our fashion industry will present more of such opportunities that will allow us to praise them for being open-hearted. This decade also saw a surge in the number of Unisex Clothes. This is also a result of the fashion industry opening its arms to different sexualities and not binding anyone to one gender. What the future holds is too hard to predict, but one thing is for sure – the industry has made an excellent start by finally embracing people with differences, and it’ll only continue to grow in the days to come.