What Buddhism can teach us about universal human rights

“… an insightful but contentious perspective of human rights comes from the unlikely and predominantly Buddhist nation of Sri Lanka that has historical connections to the Vatican, the United States, and China.” 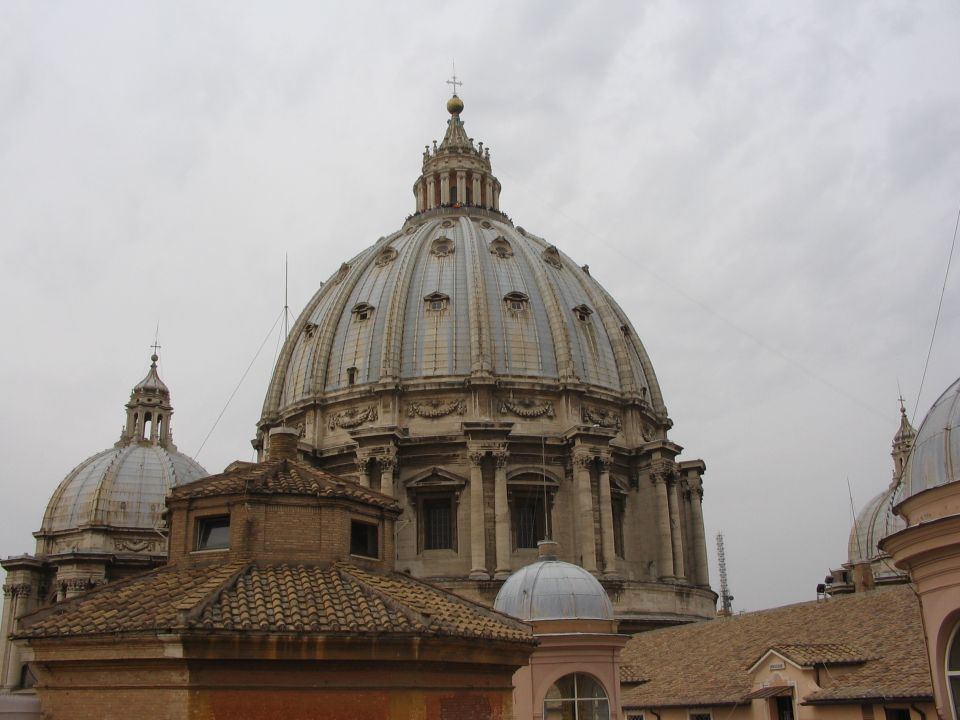 In the meantime, the Vatican has diplomatically reached out to the nominally-atheist China in the appointment of Catholic bishops in a move that is widely being criticised as an attempt to appease the Communist Party.

Indeed, given the gravity of challenges in the financial governance of the Holy See and the sexual improprieties of clergies in India and around the world, the Vatican has wasted no time in redefining its moral mission of the Catholic Church globally. Specifically here, the Vatican, the United States, and China are intertwined in crises that are broadly related to human rights.

Interestingly, however, an insightful but contentious perspective of human rights comes from the unlikely and predominantly Buddhist nation of Sri Lanka that has historical connections to the Vatican, the United States, and China.

Human rights as a new discovery

At a recent mass in the St. Matthew’s Catholic Church near Colombo, His Eminent Cardinal Malcolm Ranjith of Sri Lanka said, “human rights have become the new religion of the West as if it is a new discovery, but people in our country have been following religions [i.e., primarily Buddhism trailed by Hinduism, Islam, and Christianity] for centuries. … It is those who are not following any religion who talk about all these human rights issues.”

For over two millennia, Buddhism coexisted with the late arrival of other religions in Sri Lanka. In the fifth century, for example, the archaeological evidence of the “Anuradhapura Cross” suggests that a vibrant Catholic community lived in the capital city of Anuradhapura, where the resident Chinese scholar-monk Faxian (Fa-Hsien) once witnessed Buddhist rituals while Arab, Indian, and European merchants and pilgrims traveling on the Silk Road exchanged ideas and goods for spiritual and material progress.

Critics may misconstrue Cardinal Ranjith’s basic argument, but he believes that Buddhist teachings are harmonious with those human rights concepts of the West and the dignity of human life in the Catholic social teachings. He does so by raising the perennial question in our understanding of human rights and its premise through a glimpse into Buddhism and the “reality” of intrinsic nature.

For the cardinal, every major religion endorses human rights but Buddhism resolves conflict and reconciles human rights violations on individual basis without an external power or a grand institution. That is, the Buddhist Dharma (or teachings) has the most enlightened and logical framework in the intrinsic nature of human sustenance and eternal continuity. Gautam Buddha called the latter a Samsaric journey of oneself, actions (and reactions) during which would in reality determine the individual destiny—not an outside force or entity.

American aspiration, not a reality

Contrary to the founding notion of “all men are created equal” with “inalienable rights” in the United States, Buddha provided the Immutable Law of Nature that each person’s individual Karma (or action) drives the cause and effect in human behaviour and destiny—not an external power “endowed by their Creator” or “Nature’s God” as dictated in the Declaration of Independence. Thus, Thomas Jefferson’s famous American motto “life, liberty, and the pursuit of happiness” for the new republic is simply inspirational, but not grounded in truth and reality of the nature of things.

Jeffersonian liberty, and by its extension, freedom, was also initially constructed for the pursuit of wealth, but later changed to happiness, that is, spiritual happiness. The true happiness in Buddhist Dharma is meant freedom from desire, not freedom of desire for a happy life.

When the UN Universal Declaration of Human Rights was drafted in 1948, it extended the American vision of reality—not a universal reality.

In Buddhist reality, the no-self (no soul, or Anatma) is the universal reality that the self no longer exists; therefore, there is no individual rights because the person does not exist. What remains is a process from the birth to death that is governed by the Law of Karma, the physics of seen and unseen. In his core teachings embedded in the Law of Dependent Origination, Buddha further elaborated the Doctrine of Karma that has its own mechanism of rewards and punishments from this world to the other—as the life or the soul is eternal until it reaches its anatta or the freedom of desire, that is, ending human suffering or attaining Nirvana.

When Cardinal Ranjith spoke of Buddhism and human rights as interchangeable as a religion, he underscored the foundations of Buddhist teachings that have sustained a harmonious civilization that has existed in Sri Lanka.

Seemingly for the cardinal, “all human beings are born free and equal in dignity and rights,” as expressed in the Article One of the Universal Declaration. Indeed, it is as an accurate statement, as each person, man or woman, has the individual power to reach Buddhahood or attain Nirvana (or Anatma). In fact, Buddha taught that each person, through his or her own efforts, can achieve ultimate happiness without the influence of gender, creed, caste, or other social constructs.

The cardinal apparently envisions a Buddhism that surpasses the Declaration because Buddha included animals and other sentient materials to be respected as their mutual interdependence would sustain humanity. This is essential for each person to journey in the Samsaric (eternal) life.

Question of human rights in China

Hence, there is no enforcing authority or an external agency to govern a person, individually or collectively. In an increasingly Confucian society of hierarchy in China, the issues related to human rights are even more problematic as the Chinese think of themselves more as a collective entity.

The power relations between the state and the subject, father and son, husband and wife, and other status-related affairs are predicated upon achieving social order—not freedom from desire or suppression. In the Sigalovada Sutta, the Buddhist reciprocal relations, as rights and duties, are respected and mutually supported as equal between husband and wife, teacher and student, and state and subject.

For a Buddhist, the Five Precepts, which are common to every major religious tradition, and the Noble Eightfold Path are the self-governing mechanisms that prevent oneself from killing, stealing, sexual impropriety, hatred, and delusion. In the Veludvara Sutta, Buddha said that “one should not do anything to others that one does not like done to oneself,” which is universally now known as the Golden Rule.

Self-reflection in time of crisis

The centrality of Buddhism is its ethics of non-violence. The pursuit of material happiness with freedom of desire did not propel the United States towards achieving its proclaimed rights for women, African-Americans, and the Native Americans until their own struggles for the Women Suffrage, Civil Rights, and the voting and land rights began.

Confucian China is still struggling with the recognition of self-determination of Tibetans, Uighurs, and other minorities and religious groups. As the Communist Party of China has seemingly portrayed its success in governing domestic affairs, its promotion of Confucius Institutes and Chinese values has now been pushed back by the United States, Australia, and other countries by alleging Beijing’s “sharp power” and influence operation industry.

The problem of the United States and China is that the former does not want to remember its history, especially for the “cause of liberty” in the American Revolutionary War. And, the latter does not want to forget the Chinese history, particularly for the “cause of freedom” from the memories of the Century of Humiliation under the colonial powers. Both nations need to consider self-reflection in times of crisis.

More importantly, this is not to discount the history of the Catholic Church and its dark chapters of the past and present. Yet, Cardinal Ranjith highlights the importance of justice in humanity. Whether it is the Doctrine of Karma or universal ethics rooted in Buddhism, it is critical to exercise occasional self-reflection for healthy discourse for the clarity of Vatican’s moral mission.

Indeed, it is better to think of the status of our world differently than that which we inherited, because “the arc of the moral universe is long, but it bends toward justice,” as Martin Luther King Jr. once observed.

Professor Patrick Mendis is a distinguished visiting professor of Sino-American relations at the Yenching Academy of Peking University and an American commissioner for UNESCO. The opinions expressed here are his own and do not represent the institutions of his affiliation in the past or present.