All 11 life imprisonment convicts in the 2002 Bilkis Bano gang-rape case walked out of the Godhra sub-jail under the Gujarat government’s remission policy, according to PTI report 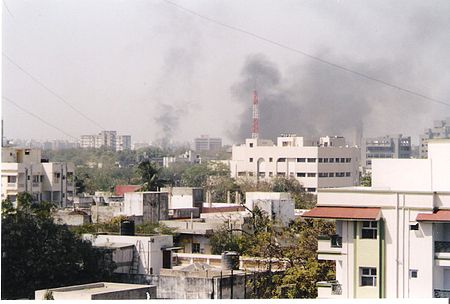 According to a PTI report, all 11 convicts in the Bilkis Bano gang-rape case connected to the 2002 Gujarat riots walked out of jail after 15 years, as the Gujarat government released them as per the remission policy.

The State government accepted the recommendation of a local committee for remission after the Supreme Court directed State authorities to decide on a convict’s petition seeking premature release under the remission policy.

The committee was set up and headed by the Godhra District Collector.

Bilkis Bano’s case was one of the most important related to the 2002 Gujarat riots and was handed over to the Central Bureau of Investigation (CBI), as the trial was relocated from Gujarat to Maharashtra on a Supreme Court directive.

Bilkis Bano was 21 years old at the time, five months pregnant, when she was gang-raped and her daughter killed, along with six others from her family. Ms. Bano’s family was hoping to escape the violence of the riots that erupted in the aftermath of the Sabarmati Express train burning.

In 2008, a special CBI court in Mumbai sentenced the 11 accused to life imprisonment, which was later upheld by the Bombay High Court.

The Supreme Court even directed the Gujarat government to give Ms. Bano INR 50 lakh as compensation, besides a house and a job in 2019.

The convicts now walk free and were greeted with sweets upon their release.