Assembly polls came to an end in Madhya Pradesh and Mizoram on Wednesday with a voter turnout of over 73% in both states, amidst high security. While Mizoram voted to elect 40 constituencies, Madhya Pradesh cast their votes to elect a 230-member Assembly.

Votes will be counted on December 11. 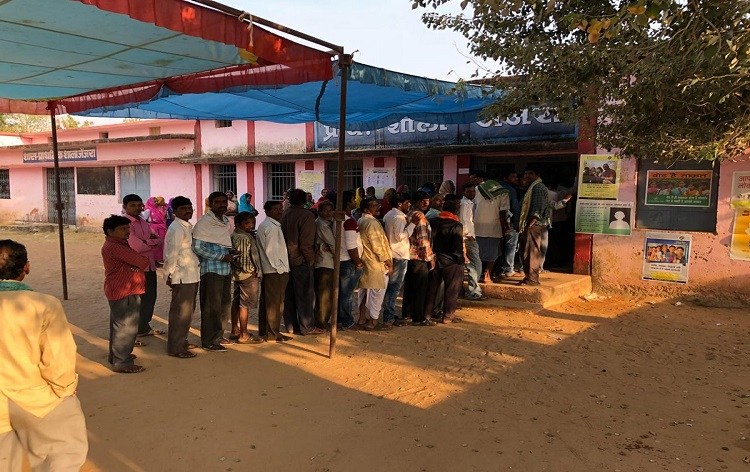 Assembly polls came to an end in Madhya Pradesh and Mizoram on Wednesday with a voter turnout of over 73% in both states, amidst high security. While Mizoram voted to elect 40 constituencies, Madhya Pradesh cast their votes to elect a 230-member Assembly.

Votes will be counted on December 11.

Although the Congress is in power in Mizoram, it is eyeing a close battle in one of their last vestiges in the northeast. The highest voter turnout of 81% was recorded in Serchhip constituency, from where Chief Minister Lal Thanhawla is contesting. Thanhawla told the press he is confident of staging a return.

In a pre-election rally, Rahul Gandhi said, “We want to make Mizoram a central hub in the North-East,” adding that the Mizo National Front (MNF) is helping destroy the culture of the state by helping the BJP to enter the state.

The Election Commission classified 47 of the 1,179 polling booths in Mizoram as “critical” and another 1,179 as “vulnerable”, according to PTI. Furthermore, every constituency had one polling booth exclusively for women voters, complete with women officials and security personnel.

According to media reports, around 60% of the 12,018 voters include 35,000 tribal immigrants who travelled around 50-60 km to cast their ballots at Kanhmun, a village along the Mizoram-Tripura border. Members of the Reang tribes who have been living for 21 years as refugees in Tripura voted in the Mizoram Assembly polls, despite uncertainty over the question of their return.

Around 600 vehicles were arranged by the two sub-divisional administrations to ferry the refugees. Panisagar SDM Darlong told News18, “We have also arranged medical facilities and ambulances for the refugee voters in need.”

The BJP has comfortably won the last three elections in MP and is looking at their fourth installment, with incumbent Chief Minister Shivraj Singh Chouhan contesting for the seat again. Chouhan expressed confidence that the BJP will form the government in the state with an absolute majority, according to ANI.

According to Chief Electoral Officer VL Kantha Rao, at least 1,145 EVMs and 2,126 VVPAT machines had to be replaced, upon insistence of state Congress chief Kamal Nath. Chief Election Commissioner left it to the local officers to take the call on Congress leader Jyotiraditya Scindia’s request to extend polling time due to the delay. Polls closed at 5PM.

The police have registered cases against several BJP cadres responsible for clashes in Barwani district, according to the Hindustan Times. Election-related violence also broke out at a polling booth in Akoda village of Bhind district. Two vehicles were reportedly set ablaze in Jhapdi Padla village of Sendhwa town.