Arunachal Pradesh is burning. Here’s why 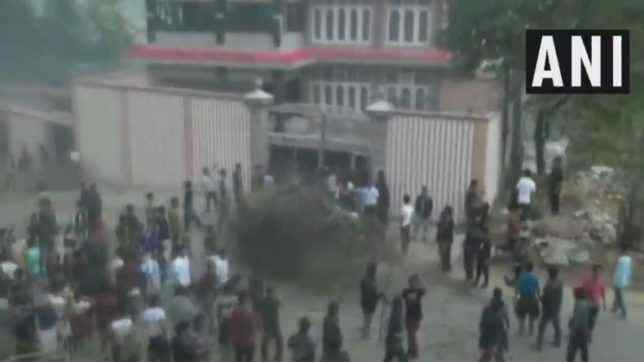 Protests on the proposed elevation of status for six tribal communities of Arunachal Pradesh took a violent turn on Sunday; the long-pending demand for the Permanent Residence Certificate (PRC) has been making headlines for over a decade.

At the of the violence was the probability of granting the PRC to members of non-Arunachal Pradesh Scheduled Tribes (APST) in the run-up to the Lok Sabha polls, which inflamed other groups in the northeastern state.

The ruling BJP government in the state, however, clarified early Monday that it will scrap the PRC matter permanently to preserve peace and out of respect for the indigenous people of the state.

Protests began in state capital Itanagar on Thursday but soon spread to other parts, resulting in at least three casualties—two outside Arunachal CM Pema Khandu’s residence—and the deployment of Army around the state.

According to a statement last week, soldiers were “deployed to impose caution on protesters”. A PTI report said late Sunday evening that the Centre had dispatched 1,000 paramilitary personnel to help maintain law and order, as the state remains under curfew.

Multiple cases of stone pelting and vandalism were reported from various parts of Itanagar on February 22; the violence started a day after several called for a 48-hour Arunachal Bandh against the government’s decision to award PRCs to the -APST communities of Changlang and Namsai districts.

Over the last three days, more than 35 people, including 24 police personnel, are undergoing treatment for their injuries, and several protesters have died of bullet wounds after alleged firing by security forces; 22-year-old Risso Tari became the first the authorities shot dead on Friday.

Protesters on the rampage

As the outrage mounted, protesters stormed, attacked and set ablaze the residences of a few state ministers, including deputy CM Chowna Mein’s. Later on Sunday, the state police shot two youth protesters as they were scaling the wall to gain access to the CM’s private residence intending to do the same.

They also threatened media persons on duty; this ongoing political violence has taken a severe toll on cultural events in the state, as well. On Friday night, unidentified miscreats vandalised the venue of the first Itanagar Film Festival—IG Park—as protesters clashed with the police.

Award-winning Nagaland-based artist Alobo Naga, scheduled to perform at the festival, was also attacked but escaped narrowly as mobs attacked the vehicle ferrying his band and burnt it along with their equipment. Organisers later called off the film festival.

Internet services remained suspended, while markets, petrol pumps, and shops stayed shut in the state capital till Sunday while most ATMs were out of cash, the police said.

In view of the escalating tension, Chief Secretary Satya Gopal issued a statement Sunday, “Considering the present situation pertaining to grant of PRCs to non-APST of Namsai and Changlang districts, the state government has decided that no further action will be taken on grant of PRCs.”

The demand for the PRC status is, however, not a new one. The issue has foregrounded a longstanding demand of six communities—the Adivasi, Deori, Gorkha, Mishing, Moran, and Sonowal Kachari tribes mainly inhabiting Namsai and Changlang districts—for as residents of the state. While the Gorkhas live in Vijaynagar, Assam recognises most of these communities as STs.

Some of them were reportedly issued PRCs earlier till 1992-93, which was aborted later. Then too, AAPSU-led agitations had been responsible for this suspension.

Last year, the BJP-led state government had announced granting PRC to the communities by January 2019 but later clarified it was putting off the final decision and awaiting a report by the JHPC. In this light, the trigger for the latest spate of protests is puzzling and has led to claims of political backing.

Seeking President’s rule in the state, Arunachal Congress president Takam Sanjay said the violence showed “total failure of the government”. “This is the worst condition of the state I have seen. How can the BJP blame the Congress? Who constituted the JHPC?”

The Leader of Opposition Takam claimed that the PRC issue warrants a consensus in an interview, while the BJP has alleged a Congress-backed conspiracy.

Pointing out that the state had deferred the move, Arunachal Pradesh BJP president Tapir Gao said, “This violence is definitely backed by the Congress…. It is an attempt to destabilise the BJP government in the state.”

Rijiju clarified that the government will only table the report of a joint high-powered committee on the PRC issue, not or accept it. The committee was to table its recommendations in the Assembly this week, but on Saturday, CM Khandu said it would not.

Arunachal Pradesh is gearing up for Assembly elections alongside general polls later this year. In a dramatic turn of events in 2016, a BJP government came to power there after 33 out of 43 Peoples’ Party of Arunachal MLAs, led by Khandu, joined the saffron brigade in the politically fragile state.

This is the second time this year, and the third in eight months, that identity politics has stirred up controversy in the northeast, owing largely due to politically-motivated tinkering by the ruling party.

The publication of the draft NRC register in Assam last August stripped 40 lakh of their citizenship overnight. While the NRC debate was still raging, the BJP-NDA government exhorted the importance of the Citizenship Amendment Bill (2016), which aimed to make it legal to deny permanent citizenship to Muslim refugees, blamed of illegally entering the country through the porous India-Bangladesh border into the northeast.

Several NDA allies have since threatened to quit the BJP-led alliance, which forms the ruling coalitions in several northeastern states. One of them, the Asom Gana Parishad, has already defaulted in protest.

The votes in Changlang and Namsai may prove crucial in the upcoming polls; that’s what, perhaps, made Khandu and Mein promise the people of Lekang, Namsai, a “new year gift” of PRC for them. But the political stakes of such large-scale protests this close to the elections are high, especially for the saffron party.

The scuffle of power within and among the myriad parties that constitute northeastern politics will be interesting to watch in the coming months, as they joust for power in a region historically fraught with border tension, identity conflict, and political instability.