An unhealthy Opposition will always be at its ineffective best

Instead of questioning the government and holding it accountable to the public, an unhealthy Opposition indulges in condemnation rather than criticism 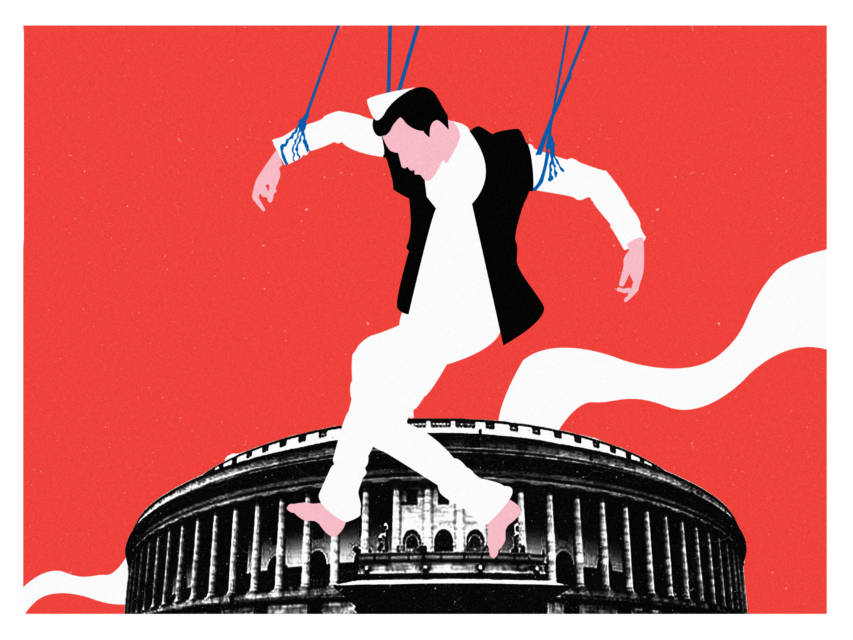 On May 23, the Bharatiya Janata Party-led National Democratic Alliance (NDA) swept the 17th Lok Sabha elections, bagging 353 out of the 543 seats to win its second consecutive term. It, subsequently, left a reduced space for the Opposition, which is still a question mark, considering the Congress secured a paltry 52 seats, falling short of the requisite 55 to become the opposition party.

Nonetheless, Prime Minister Narendra Modi reassured the Opposition and said, “The Opposition need not bother about their numbers. I hope they speak actively and participate in the House proceedings.”

History, however, is littered with examples of how the Opposition has remained helpless in times of government crisis, ultimately resorting to dirty politics.

What is an ideal Opposition?

The role of an ideal Opposition is to question the government of the day and hold it accountable to the public. The Opposition is equally responsible for upholding the best interests of the citizens and must ensure that the government doesn’t take any steps that might cause hardship to the common man.

In the legislature, the Opposition must check the excesses of the ruling party and not be completely antagonistic. It is expected to support those actions of the ruling party that may be beneficial to the masses. Alternatively, it is also expected to alert the population and the government of the contents of any bill, policy, or action plan not in the best interests of the country.

However, in recent governments, the role of the Opposition appears to have been misunderstood as “Fair is foul, and foul is fair”. If the government is to be freed from the thralldom of dirty political games, it is important to understand where the Opposition goes wrong and how significant its role is.

Personal potshots on the agenda

When it comes to Indian politics, Opposition—be it the Congress now or the BJP during UPA’s tenure—has unleashed an onslaught of personal attacks, indulging in the debasement of an individual or the ruling party’s political ideology, instead of constructive criticism and support where deserved.

Among examples of this is Rahul Gandhi’s coinage of “Gabbar Singh Tax”, ridiculing NDA’s Goods and Services Tax (GST). The controversial nature of GST notwithstanding—slowing growth, industrial production, and investment cycles—coming up with a random alternative moniker was a juvenile way to handle the issue.

What was needed, instead, was a collaborative effort from the Centre, states and the Opposition to plug the loopholes and fine-tune the ‘one nation one tax’ policy (which was, ironically, first proposed in February 1986 by then finance minister Vishwanath Pratap Singh when the Congress was in power).

In recent years, both the Opposition and the government have reduced politics to personal potshots rather than healthy and meaningful debates. For instance, Rahul’s identity has become ‘Pappu’, Sonia Gandhi’s ‘waiter’, and Modi’s ‘chaiwala’ (the PM, however, has milked his ‘insult’ and turned it around in his favour by portraying himself as a man of the grass-roots).

Modi launched Chai pe Charcha as a campaign to connect with the common man. After repeatedly trying to denigrate him with shouts of ‘chaiwala’, the Opposition itself has now launched a similar platform to reach out to the people.

When UPA was at the Centre, the BJP, as the opposition party, indulged in similar petty politics; for example, it had made Sonia Gandhi’s (Italian) citizenship its agenda—despite she having given it up—rather than her and her party’s policies and governance.

The BJP, on many occasions, also launched personal attacks on former PM Manmohan Singh, ridiculing his mannerisms more than focusing on whether or not his government was up to the mark.

Moreover, a dangerous game that government after government and Opposition after Opposition is playing is polarising politics with respect to religion.

Mamata Banerjee’s recent solution of detaining anyone who chants ‘Jai Shri Ram’ is a direct attack on the founding stone of the country’s secularism, as was the nationwide ban on beef.

The effect of such cat-calling and a vitriolic political atmosphere is directly felt on the country’s development, not to mention on the very fabric of democracy. Not only do citizens lose trust in politics and their leaders but, as voters, they also feel cheated, stuck between a rock and a hard place.

When it comes to politics, it’s possible that an ‘ideal Opposition’ doesn’t exist; after all, the pull of power wields its own magic. Nonetheless, there’s much our politicians can learn from the conduct of their contemporaries in other parts of the world.

In the UK, for example, the Labour Party has promised to come up with solutions to tackle the Brexit mess and attempt a smooth exit from the European Union.

Meanwhile, in Russia, even though the influence of the opposition parties has been marginal, most have consolidated their bases of support and boosted educational and healthcare facilities. Many opposition figures played a role during the protests over electoral fraud in the 2011 State Duma elections. Also, the Opposition organised the protest camp “Occupy Abay”, and in autumn, it held weekly “Liberty walks” with chains, symbolising solidarity with political prisoners.

Such direct demands and criticism have a higher chance of working and/or mobilising the community rather than irrelevant personal attacks on the opponent.

An Opposition that spends its time and resources on dreaming and scheming how to win the next election will continue to remain at its ineffective best. A government that does not have to answer the Opposition’s hard questions will take what is open to it, i.e. the line of least resistance. The result is plain to see—the utter un-impressiveness of the NDA during its previous tenure.

It is once again up to the Opposition now—first to clean up its own mess and then up its game—to ensure its loss counts for something, by keeping the government in check and working for the country and its people.

Amrita Deshmukh is a Writing Analyst at Qrius