Always and forever, sailing through the glorious 50

The Missile Vessel Squadron was formally established in 1991. Around ten Veer class ships and three Prabal class missile boats were added to the squadron of the Indian Navy then. However, its genesis dates to 1969. It started with the induction of OSA I class USSR missile boats in the Indian Navy. 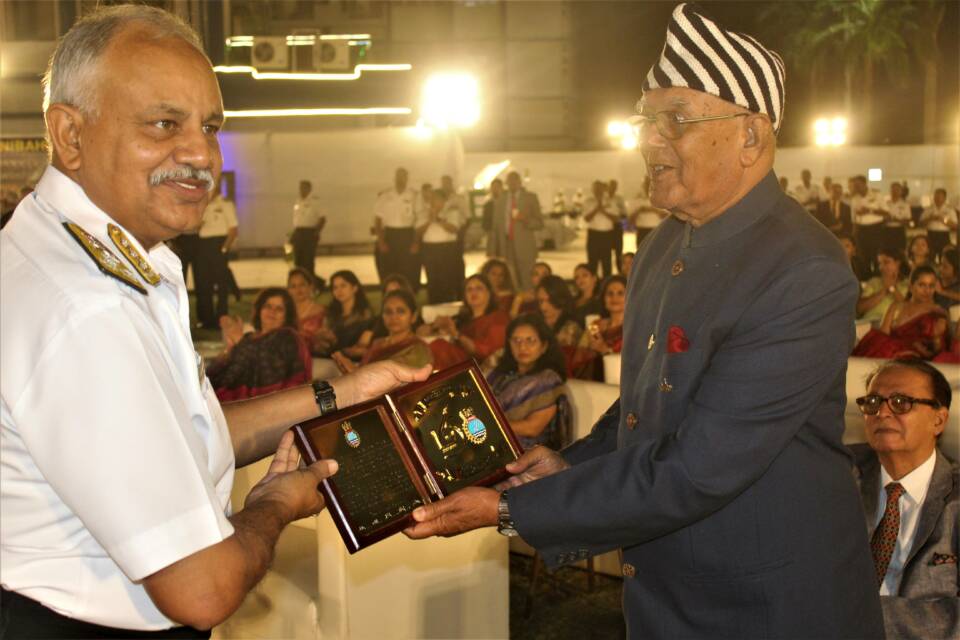 INS Agnibahu, the administrative and logistic base for the 22nd Missile Vessel Squadron (22nd MVS), celebrated its golden jubilee on 09 January 23 with a host of events spread over two days, including a symposium on “Ensuring Future Readiness in Surface-to-Surface Missile Warfare.”

A host of other dignitaries, including distinguished veterans and ex-Commanding Officers of INS Agnibahu, also attended the gala. The symposium covered modern missile warfare aspects, including lessons from recent global conflicts.

The name “Agnibahu” means “Arm of Fire”. The unit was commissioned in January 1973 and was initially tasked to support the 25th Missile Vessel Squadron. These boats had the distinction of conducting the daring attack on Karachi in the 1971 War. With the induction of the newer 1241 RE class of ships in 1987, the 22nd MVS was raised at Mumbai.

Over the years, the unit has distinguished itself in providing excellent administrative, logistic, and accommodation support to these vessels while remaining true to its motto “Always and Forever.” It has grown multifold in size and operational responsibility in this period. It has provided operational support to the Missile Squadrons during various operations, including Glow Worm, Falcon, Pustak, Suraksha, Gemini, Pawan, and Cactus.

Participation of many ex-Commanding Officers from across India in the Golden Jubilee was a fitting tribute to the intense personal bonds and traditional values this fine unit represents. INS Agnibahu remains the punch behind the First Strike capability of the 22nd MVS and stands steadfast and committed to fulfilling this mandate with elan and excellence for the Indian Navy.

The author is a Delhi-based, DCC-qualified defence beat writer and independent contributor to print and online publications