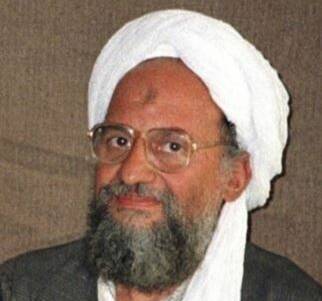 This brings an end to his ‘trail of murder and violence against American citizens,’ President Biden said.

‘Justice has been delivered. And this terrorist leader is no more,’ Biden said in an evening address from the White House.

‘No matter how long it takes, no matter where you hide — if you are a threat to our people, the United States will find you and take you out,’ he added.

Al-Zawahiri was considered a key plotter in the 9/11 attacks, second-in-command to Osama bin Laden and took over as Al Qaeda leader in 2011 after U.S. forces killed bin Laden in Pakistan.

Al-Zawahiri escaped U.S. forces when the US took over Afghanistan in 2001. His whereabouts were unknown, even as US forces tracked down and killed Bin Laden.

U.S. intelligence located al-Zawahiri earlier this year, according to senior administration officials, at a Taliban-supported safe house in downtown Kabul, where he was moved from Pakistan with his family reportedly.

U.S. intelligence officials monitored the safe house and al-Zawahiri’s daily patterns with a view to avoid civilian casualties in the potential strike.

It was a precise drone strike that killed Zawahiri on the balcony, without harming the integrity of the building or any other occupants..

No civilian casualties outside were reported in the operation.