Relations between Washington and Pyongyang have been on the rocks, with Trump constantly threatening to wipe out North Korea, and place harsh international sanctions on the nation. 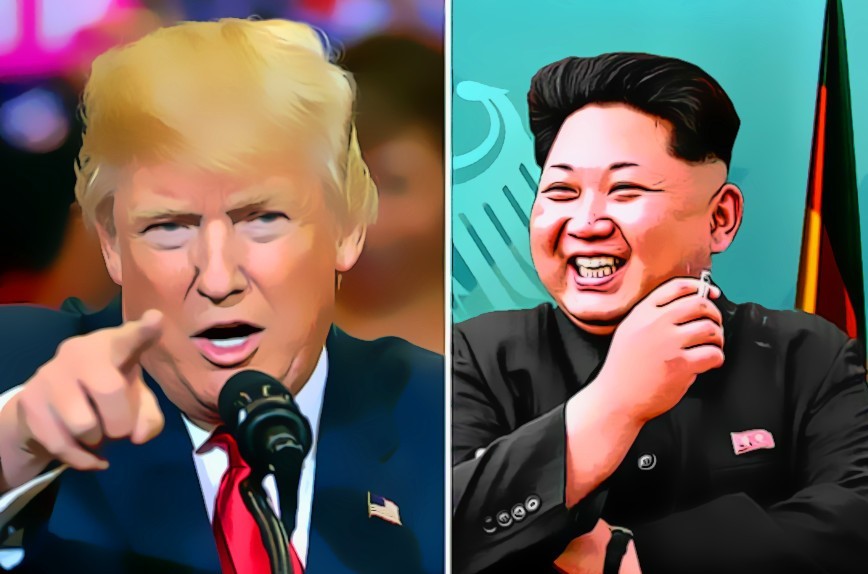 US President Donald Trump has agreed to meet North Korean leader Kim Jong-un in Singapore, on June 12. Trump made the announcement on Twitter, writing that both leaders will try “to make it a very special moment for World Peace!”

The summit will mark the first time that a sitting US president meets a North Korean leader. A meeting between the two political leaders has been in the works since Trump accepted Kim’s invitation to meet in March, CNN reported.

The move comes on the heels of US’s withdrawal from the Iran nuclear deal, which led to some uncertainty about America’s relations with other countries. Although no formal agenda has been issued yet, Trump is likely to discuss Pyongyang’s nuclear stance.

Trump ruled out the option of meeting at the Korean demilitarised zone—the same location where Kim met South Korean President Moon Jae-In. Finally, Singapore was selected as the location for the summit.

In March 2018, Vox reported that Kim had invited Trump for a meeting. The invitation was accepted by Trump. White House press secretary Sarah Huckabee Sanders stated that Trump “will accept the invitation to meet with Kim Jong Un at a place and time to be determined.”

Trump later tweeted  that despite the considerable progress made by all parties involved, “sanctions will remain until an agreement is reached.”

A face-to-face meeting with Kim is considered to be a significant move, particularly because just two days into 2018, Trump did what he appears to the best at —ridicule Kim via Twitter. Relations between Washington and Pyongyang have been on the rocks, with Trump constantly threatening to wipe out North Korea, and place harsh international sanctions on the nation.

Harry Kazianis, from the Center for the National Interest, told Vox that the meeting is “historic for a number of reasons.” Kazianis said, “The North Koreans played games with us (USA) before in terms of offering talks and then doing something escalatory and then we have talks again. And we’ve had this back-and-forth cycle for a long time, but this is the first time that there is a possibility of a real breakthrough.”

However, there seems to be another narrative, one that indicates that Trump’s meeting with Kim, instead of halting North Korea’s nuclear proliferation, could provide North Korea with the world’s stamp of approval of being a superpower.

“This is an enormous foreign policy priority for them, it’s about demonstrating that North Korea is an important country that is equal to all the other big countries,” Jeffrey Lewis, a nuclear expert, told Vox.

After the meeting was finalised in March, a capricious Trump said that he will walk out of the summit if he does not find it to be productive. Whether Trump was certain about this, is anyone’s guess.

What this means for Asia

The New York Times reported that Trump had spoken with Japanese President Shinzo Abe, and that the Trump administration sought nothing less than a verifiable deal for permanent denuclearisation of North Korea. Japan, which is US’s ally will likely want the North Korean nuclear threat to be resolved.

Tobias Harris, a Japanese analyst, told the New York Times that there exists a “‘real concern about a deal-maker president talking one-on-one with Kim, accepting something less than ‘verifiable and irreversible denuclearisation.”

The summit comes as a positive development for South Korean President Moon Jae-in, as he looks to conduct negotiations rather than witness a nuclear crisis. However, Moon’s intentions might not reach fruition if Kim fails to live up to Trump’s expectations.

“If the Trump-Kim meeting breaks down, both engagement and pressure campaigns could suffer,” Leif-Eric Easley, associate professor of international studies at Ewha Womans University in Seoul, told the New York Times.

While Seoul may be satisfied if North Korea freezes its nuclear programme, the US will likely want a complete, verifiable, and irreversible nuclear disarmament deal. Although Moon will likely gain considerable credit if the summit is a success, the South Korean President will have to maintain caution, especially considering that the US and North Korea appear to want very different things.

However, if the meeting proves to be successful, China could stand to lose significantly, as Trump might look to undermine Beijing’s influence over North Korea.