World’s richest 26 own as much wealth as the poorest half, says Oxfam

Oxfam International released a report Monday claiming that 26 of the world’s richest people possess $1.4 trillion — as much wealth as its poorest half. 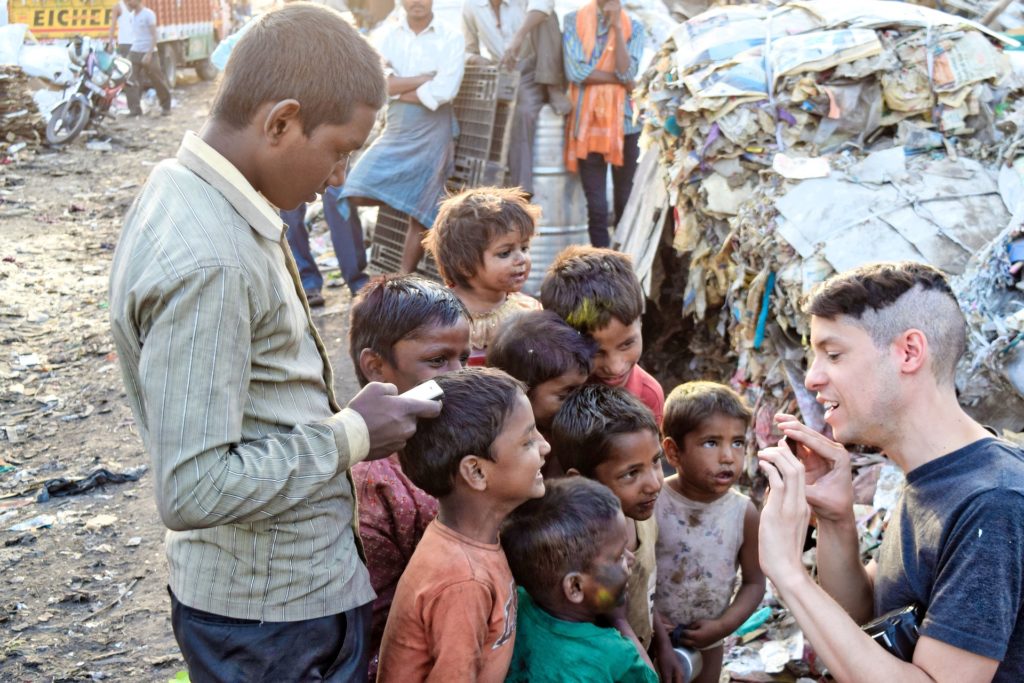 Presenting an illuminating testament of the increasing economic disparity, Oxfam International released a report Monday claiming that 26 of the world’s richest people possess $1.4 trillion — as much wealth as its poorest half.

The report titled “Public Good or Private Wealth” found that billionaire fortunes have increased by 12% last year — amounting to $2.5 billion a day. On the other hand, the wealth of 3.8 billion people, who constitute half the world’s poorest population, declined by 11%.

The report was launched at the World Economic Forum in Davos, Switzerland, attended by political and business leaders from all over the world.

A treatise against consolidating wealth

The report highlights the widening gap between the rich and poor and how that poses insurmountable odds in the fight against adversely affects the global economy and fuels public anger across the globe.

“It reveals how governments are exacerbating inequality by underfunding public services, such as healthcare and education, on the one hand, while under-taxing corporations and the wealthy, and failing to clamp down on tax dodging, on the other,” read the press release, further noting that economic inequality takes the heaviest toll on women and girls.

“The size of your bank account should not dictate how many years your children spend in school, or how long you live — yet this is the reality in too many countries across the globe. While corporations and the super-rich enjoy low tax bills, millions of girls are denied a decent education and women are dying for lack of maternity care,” Winnie Byanyima, executive director of Oxfam International said.

How to put private wealth in public hands

The research also lays down some mitigating measures and lists certain obstacles in the global struggle for economic equality. Oxfam recommends that nations tax wealth at fairer levels, raise rates on personal income and corporate taxes, and eliminate tax avoidance by companies and the uber-rich.

It notes that if the richest 1% pay just 0.5% extra tax on their wealth, it could raise more money than what it would take to educate 262 million children around the world who have dropped out for financial unaffordability, and provide healthcare worth saving 3.3 million lives.

Another staggering figure said that taxes on wealth (like inheritance or property) generate just four cents per dollar of global revenue. These taxes have been dramatically cut in many wealthy countries while being completely absent in developing or emerging economies.

The highest rate of personal income tax in rich countries fell from 62% in 1970 to 28-38% in 2013. In some countries like Brazil, the poorest 10% are even paying a higher proportion of their incomes in tax than the richest 10%, the report finds.

The number of billionaires has almost doubled since the financial crisis while billionaire wealth has risen by an annual average of 13% since 2010. The figure acquires alarming proportions when compared to the annual wage growth for ordinary workers which stands at just 2%, according to the 2018 report.

In 2017, 82% of the wealth generated went to the richest 1% of the global population, while the 3.7 billion people who make up the poorest half of the world saw no increase in their wealth, according to last year’s Oxfam report.

In related news, Amazon’s Jeff Bezos became the first entrepreneur to helm a trillion-dollar company in 2018, while courting insurrection from his own employees for low wages and poor work conditions. The richest one percent also include Microsoft’s Bill Gates, Berkshire Hathaway’s Warren Buffett and Facebook’s Mark Zuckerberg, who collectively are worth $357 billion, according to Forbes.

In search of commitment

A major reason for this unabated rise in economic disparity is the failure of public services, which in turn owes itself to chronic underfunding, corruption or . In many countries, including India, a decent education or quality healthcare is very often a luxury only the rich can afford.

A World Health Organisation report last year noted the abysmally high rate of child mortality in the country which accounts for a third of the world’s malnourished children. It too noted the scourge of an acute wage gap between lower and higher economic classes in India – a stratification that impedes equal distribution of wealth (and food) despite exponential economic expansion over the last decade.

According to the Commitment to Reducing Inequality Index developed by Oxfam and Development Finance International last year, Nigeria, Singapore, India, and Argentina are among a group of governments that are fuelling inequality. India was placed 147th out of 157 countries, in terms of its commitment to reducing inequality.

Oxfam’s index ranks the countries based on their policies on social spending, tax, and rights. According to the report, countries such as South Korea, Namibia, and Uruguay have made commendable efforts towards reducing inequality. The index noted that the USA displayed a lack of commitment towards closing the inequality gap.

India, however, did record considerable growth in real wages, according to a report by the International Labour Organisation (ILO) last year. But the figures also flagged two important flaws in the central government’s vision for economic growth.

First, India leads the table with the highest gender wage gap in the world.

Second, the growth in wages occurs simultaneously with an increasing wage gap between rural and urban employees, and sectors, agricultural and industrial workers, menial and managerial levels.

Salaries are still far too low in the developing world, added ILO Director-General Guy Ryder. “Very often the level of wages is still not high enough for people to meet their basic needs.”