Commemorated on November 19, World Toilet Day is a day to raise awareness about people who do not have basic access to a toilet, despite clean water and sanitation being a human right. 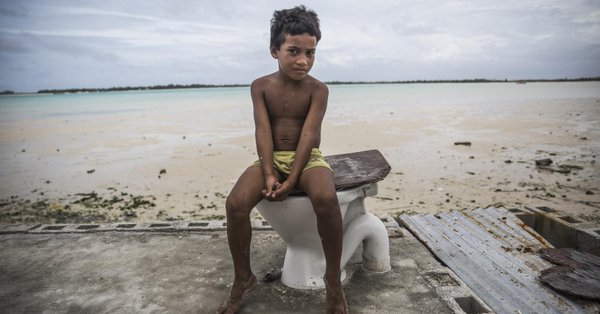 On November 19, World Toilet Day is marked to raise awareness about people who do not have basic access to a toilet, despite clean water and sanitation being a human right. It is a day to bring attention to the plight of the people who still live without adequate sanitation facilities.

Keeping in mind that sanitation is a priority for global development, the United Nations General Assembly, in 2013, officially designated November 19 as World Toilet Day. The day is coordinated by UN-Water along with governments and other relevant stakeholders.

The focus for this year’s World Toilet Day is the link between sanitation and nutrition. The theme draws attention to the importance of toilets in supporting better nutrition and improved health.

The absence of good hygiene practices, along with a lack of access to clean drinking water and sanitation facilities, are among the leading causes of poor nutrition.

Campaigners marking World Toilet Day state that poor countries around the world face a dangerous shortage of toilets, which could put millions of lives in danger. They have urged governments and business to invest more in sanitation.

The most severe sanitation crisis can be seen in parts of Africa and Asia as these regions have extreme poverty and huge populations.

One in five primary schools and one in eight secondary schools around the world do not have any toilets, the group WaterAid said in a new report to mark World Toilet Day.

An estimated 4.5 billion people across the world do not have proper access to sanitation, WaterAid’s report said. Approximately 2.5 billion among them do not have adequate toilets, the UN stated. A lack of toilets forces many people to defecate in the open.

Sanitation is “the business of the decade,” said Cheryl Hicks, chief executive of the Geneva-based business group Toilet Board Coalition. She told AP that the group is looking forward to commercial investments to help reduce toilet shortages in countries where governments are unable to afford such infrastructure.

“Half the world needs toilets. They don’t have them because the infrastructure is too expensive for governments,” Hicks said, AP reported.

Every year, India loses a total of Rs 2.44 trillion to the health and environmental consequences of inadequate sanitation. Government programs, like the Swachh Bharat Mission, have been successful but only up to a point. Although the Central government has claimed that 11 states are open defecation free, the reality seems to be far from it.

According to a January report by IndiaSpend, a staggering 522 million Indians still defecate in the open. India certainly has a serious sanitation issue. Alternative methods have been developed to tackle the sanitation crisis in the country.

The device called “Sanfe (Sanitation for female)” was launched on World Toilet Day on Monday. Sanfe costs Rs 10 and has been tried and tested at the All India Institutes of Medical Sciences (AIIMS).

The device was launched under the #StandUpForYourself campaign wherein one lakh free samples of the product were distributed amongst women across the country.

“Lack of hygiene in public washrooms exposes one out of every two women to Urinary Tract Infection (UTI). Concerned by this, we innovated this female stand and pee device so that they can maintain a safe distance from the toilet seats and protect themselves from the possibility of getting infected,” Archit Agarwal, a B-Tech student and co-founder of Sanfe, said, PTI reported.

Sanfe’s coating material is water-resistant. The product is biodegradable and ergonomically designed. Women can also use the device while menstruating.

“It has a flexible design and needs only a single hand to use, which is extremely useful in case of women wearing traditional Indian attire. The flaps in the onetime use product are gentle on the skin to ensure that no scratch or itch[ing] takes place,” Agarwal told News18.

LIXIL has come up with an initiative called SATO, a first of its kind technology that aims to affect millions of people by offering an alternative to open defecation.

LIXIL’s futuristic toilet not only requires less than 500 ml of water per flush, but it also features a self-sealing trapdoor to keep out carriers of diseases. The trapdoor also helps in sealing unpleasant odours. It further eliminates clogging and is safe to operate and use.

Through sensitisation programmes, community engagement activities, and implementation partners such as NGOs and community leaders, SATO aims to increase the use of toilets across India.

In March 2018, SATO teamed up with a non-profit Samarthan, and organised a skill-enhancement training workshop for 150 women masons in Ashta, a village in Madhya Pradesh. Such workshops were aimed at increasing the demand for toilets, and creating a community that fully understands the correct process of installation of toilets.

Priyanka Tanwar, Head of Public Affairs (Asia Pacific) of LIXIL, told Qrius, “SATO positions itself at the cusp of technology innovation and social entrepreneurship and, therefore, has been recognised as a harbinger of change in the field of Indian rural sanitation.”

On November 6, the Bill & Melinda Gates Foundation, along with the China Council for the Promotion of International Trade (CCPIT) and the China Chamber of International Commerce (CCOIC), joined global innovators, development banks, private sector players, and governments at the Reinvented Toilet Expo in Beijing.

Together, they committed to enhancing the commercialisation and adoption of disruptive sanitation technologies around the world over the next 10 years.

The expo saw the World Bank, the Asian Development Bank, and the African Development Bank announce commitments with the potential to unlock $ 2.5 billion in financing for City-Wide Inclusive Sanitation projects. These projects are aimed at providing people in all parts of a city — including the poorest neighborhoods — with safely managed sanitation services.

“This Expo showcases, for the first time, radically new, decentralized [sic] sanitation technologies and products that are business-ready,” Bill Gates said during the opening plenary of the expo, as per an official statement.

Gates further said, “It’s no longer a question of if we can reinvent the toilet and other sanitation systems. It’s a question of how quickly this new category of off-grid solutions will scale.”