As conservation scientists, we are compelled to rebel against extinction – and researchers across the world should join us 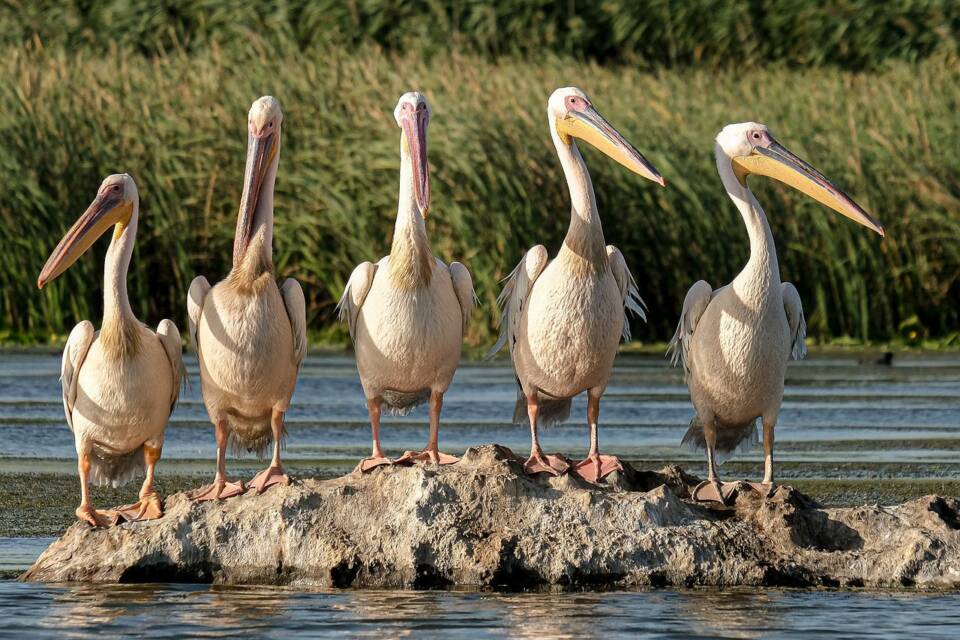 A million species face extinction unless we radically change how we live. As conservation scientists, our lives are focused on stopping this from happening. But despite a stream of grave warnings from the research community, we’ve witnessed firsthand just how powerless we are to do so through the usual channels of influence.

That’s why we’ve been putting aside our usual research to engage in activism and are calling on other scientists to do the same – to act on our warnings to humanity.

Our paper laying out this case, published in Nature Ecology & Evolution, caused quite a stir – it’s now in the top 0.007% most shared and talked about papers since measurement began in 2012. We think that this is at least in part because researchers are finding that the “proper” channels they’ve been taught to use to inform and influence policy – such as publishing scientific papers, working on reports and policy documents for governments, and speaking to policymakers at intergovernmental summits – are not working at the scale needed.

This has certainly been our experience.

Claire has spent the last few years compiling and communicating the scientific evidence for what works in conservation. There is more evidence than ever on how to save species and habitats. Yet we are still losing them with astonishing speed.

While Claire’s own work was referenced by Lord Krebs – a zoologist and former member of the UK’s independent advisory body on climate change – to urge the UK government to make their 25 Year Environment Plan evidence based, his plea fell on deaf ears. Many of the proposed measures in the plan also involve voluntary regulation rather than passing laws, even though voluntary approaches have been shown to be mostly ineffective.

Yet most marine protected areas in the UK are little more than lines on maps with no restrictions. Divers testifying to the UK’s environmental audit committee described one as being dredged and trawled to the point of being a “barren wasteland of silt and sand that is devoid of life”.

As someone who’s been to and worked on UK marine conservation zones, this is incredibly frustrating. What’s the point in collecting and communicating evidence if governments won’t listen to it?

Charlie spent ten years living and working in Madagascar – one of the world’s top conservation priorities for its abundant unique species – where he helped establish new protected areas.

But while this is a great achievement for policy on paper, the reality on the ground is rather sadder. Many of these areas are also “protected” in little more than name, and their managers lack the funding to adequately manage them. As a result, they are not working as effectively as they should, and Madagascar is still losing its biodiversity at alarming rates.

Human-caused climate breakdown is compounding biodiversity loss in Madagascar. For example, it’s increasingly disrupting the south’s rainy season, causing crops to fail. In a protected area where Charlie worked, this caused farmers to turn to charcoal production, damaging the dwindling forests that many of Madagascar’s population depend on to subsist and make a living.

As one of the poorest countries in the world, Madagascar’s government can’t pay for all the conservation measures necessary to address the threats its wildlife faces. The industrialised world has the resources and the responsibility to do so, but its efforts have been woefully insufficient. In fact, the amount spent worldwide on nature conservation has only been about as much as the UK spends on ice cream.

Scientists have long been urging governments to alter the fate of species and ecosystems in Madagascar and around the world by putting wildlife and climate at the heart of policy.

But there are powerful opposite pulls too – fossil fuel, fishing, and many other industries spend millions lobbying governments to prioritise economic growth over environmental concerns and spreading climate denial.

Some quarters of the media still give more attention to royal babies than the threat of mass extinction, while others actively propagate an anti-climate science agenda.

Non-violent civil disobedience practised by the Greta Thunberg-inspired youth strikes, Extinction Rebellion, and similar social movements around the world, is balancing the scales of influence. These movements have been instrumental in bringing public environmental concern to all-time highs in Britain and across the world.

Crucially, these efforts are showing signs of impacting policy in a way that scientists have not been able to through official channels. In less than a year, the UK government has for the first time acknowledged in law the environment and climate emergency, and given citizens new power – albeit non-binding – to address it.

While these are important milestones, there’s still a lot of work to do. To truly protect the planet we’ve spent our academic careers working to conserve, we need concrete, urgent, and radical action. In our experience, writing scientific papers and speaking to policymakers alone won’t bring this about.

But civil disobedience just might. When these movements hit the streets, we think that conservationists, and indeed all scientists, should be out in force supporting them. This doesn’t have to mean arrest – we can give talks, act as media spokespeople, or support organisational tasks. Our voices could be much louder in this sphere than in government halls.

Whatever we choose to do, it may be one of our last chances to conserve the beautiful life on this planet.