Will TRAI regulate OTT apps like Skype and WhatsApp? All you need to know.

After the failed net neutrality project, the telecom regulator of India (TRAI) on Monday published a long-awaited paper on the absence of and need for regulations when it comes to Over-The-Top (OTT) online services like Skype, Viber, WhatsApp, and Hike. 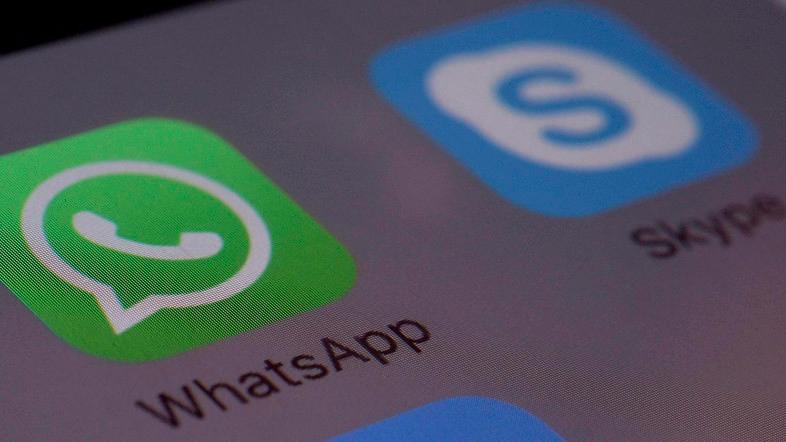 After the failed net neutrality project, the telecom regulator of India (TRAI) on Monday published a long-awaited paper on the absence of and need for regulations when it comes to Over-The-Top (OTT) online services like Skype, Viber, WhatsApp, and Hike.

Titled ‘Regulatory Framework for Over The Top Communications Services,’ the paper discusses the “changes that may be required in the current regulatory framework to govern these entities; and the manner in which such changes should be effected,” according to the statement from TRAI.

What is the relationship between OTT players and TSPs?

To introduce a check on OTT services, TRAI first needs to determine the similarities if any between OTT communications services and those offered by telecom providers. So far, these widely-used OTT applications are accessible over the internet and ride on an operator’s network. Some of them like WhatsApp are encrypted from end to end, preventing the parent company from monitoring the contents of messages sent via the platform.

TRAI’s paper analyses whether changes are required in the current regulatory framework for these services, in order to level the playing field for OTT providers and telecom service providers (TSPs). Citing regulatory issues and economic concerns, the consultation paper has argued, without certainty, that these services are similar or same as those offered by TSPs which ought to bring them under the regulatory regime.

Regulatory imbalance and potential effects of correcting it

Seeking the telecom industry’s views on the matter, the regulatory body has decided to take up the issue in December again, to decide the basis for regulations applicable to OTT service providers, claiming that the current licensing imbalance may have an adverse effect on investments in the sector. While TSPs have to adhere to stringent service quality benchmarks and invest heavily in networks, infrastructure and upgradation, OTT players are currently situated outside the ambit of the regulatory framework.

The study brings relief to some and concern for others, especially regarding its implications on the growth of the OTT sector.

Cellular Operators’ Association of India (COAI) and several telecom operators have often complained about OTT service providers for getting to offer similar services devoid of licensing obligations, conditions and levies (such as licence fee).

“Would inter-operability among OTT services and also inter-operability of their services with TSPs services promote competition and benefit the users?” the TRAI consultation paper asks of stakeholders, seeking suggestions to promote greater competition among networks. At the same time, bringing them into the fold could stifle innovation in the sector.

What else does the paper address?

However, the question of which OTT services should be regarded as the similar to those offered by telecom operators, or whether “substitutability” should be the main criteria for comparison of licensing rules, still remains. This is crucial when it comes to issues regarding lawful interception of OTT communication if it comes in conflict with national security, or while deciding if OTT service providers and TSPs should have separate jurisdiction at all.

The paper also reportedly advocates for OTT service providers to participate in the growth of the sector by infusing investments into telecom networks.