Will Mark Zuckerberg be forced to step down as Facebook’s CEO?

This comes after a report by the New York Times suggested that Facebook hired a Republican-owned political consulting and public relations firm that “dug up dirt on its competitors”. 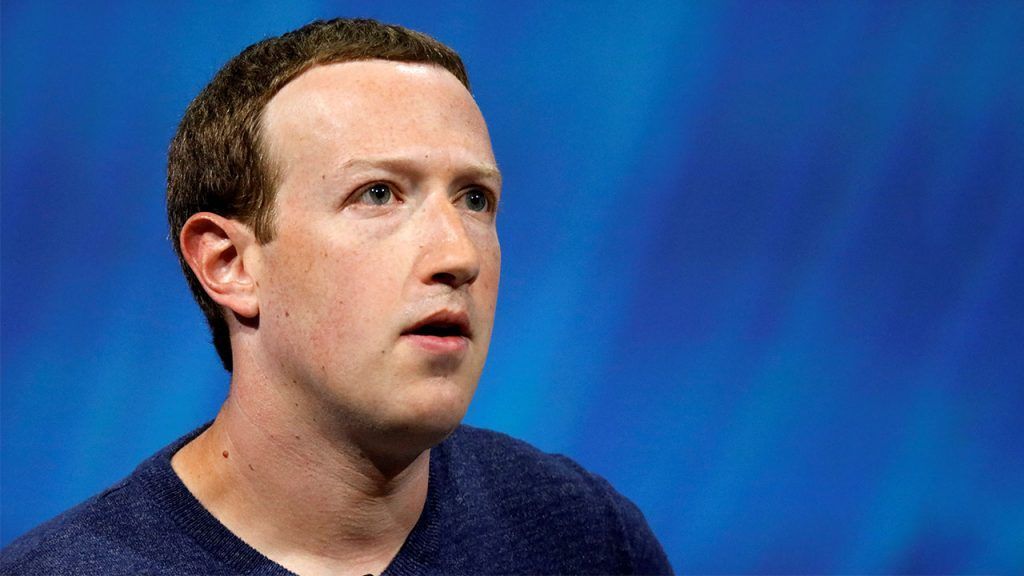 There has been significant pressure on Facebook CEO Mark Zuckerberg to step down. Credit: Twitter/@01radofficial

Investors in social media firm Facebook have increased pressure on CEO Mark Zuckerberg to resign. This comes after a report by the New York Times suggested that Facebook hired a Republican-owned political consulting and public relations firm that “dug up dirt on its competitors”.

As per a report in the Guardian, Jonas Kron, senior vice president at Trillium Asset Management, which owns a substantial stake in Facebook, “called on Mark Zuckerberg to step down as board chairman in the wake of the report”. “Facebook is behaving like it’s a special snowflake. It’s not. It is a company and companies need to have a separation of chair and CEO,” Kron was quoted as saying, IANS reported.

Facebook has had a string of scandals in the past, and another one could be the final nail in the coffin for Zuckerberg. The pressure from investors will complicate matters, particularly for Sir Nick Clegg, Facebook’s new global head of policy and communications. Sir Clegg joined Facebook in October and has been tasked with reviewing Facebook’s use of lobbying firms.

Both Zuckerberg and Sir Clegg have been under pressure after reports emerged that Facebook hired Definers Public Affairs, a right-leaning public relations firm. It has been alleged that Facebook hired Definers to restore its reputation after receiving severe criticism for the way in which it handled Russian meddling in the 2016 US presidential elections and the Cambridge Analytica scandal.

What did the firm do?

According to media reports, Definers allegedly encouraged the depiction of Facebook’s critics as anti-Semites and had allegedly published news articles criticising Facebook’s competitors. The PR firm has also been accused of encouraging journalists to report that anti-Facebook groups were linked to George Soros.

Soros is a Hungarian-American investor and philanthropist. Definers urged reporters to monitor the financial ties between Soros and Freedom From Facebook, a coalition of groups that had criticized Facebook. The PR firm aimed to persuade reporters that the coalition was not a movement of like-minded groups, but an orchestrated campaign by a rich, partisan opponent, the New York Times reported.

The Times further reported that Definers distributed research documents to reporters. These documents indicated that Soros was an unacknowledged force behind activists protesting against Facebook. Definers also helped in publishing articles criticizing Facebook’s rivals on a website that was designed to look like a typical conservative news site.

Facebook CEO Mark Zuckerberg stated that he did not know about his firm’s relationship with Definers.

“The bottom line is the intention was not to attack an individual but to demonstrate that a group that was presenting itself as a grassroots effort was in fact funded by … was not in fact a spontaneous grassroots effort,” Zuckerberg added. He said, “I have tremendous respect for George Soros,” as per the Guardian report.

US public funds urged Zuckerberg to step down

This is not the first time Zuckerberg has been pressured to step down. In October, four major U.S. public funds that hold shares in Facebook proposed that Zuckerberg should step down after Facebook was affected by several high-profile scandals.

Rhode Island State Treasurer Seth Magaziner said that the latest proposal was worth filing so that public attention can be drawn towards Facebook’s problems and how to solve them.

“This will allow us to force a conversation at the annual meeting, and from now until then in the court of public opinion,” Magaziner told Reuters in a telephonic interview.

Facebook has been involved in a string of controversies. The social media company could be facing a serious crisis as it struggles to protect data of a worldwide network.

In October, the Irish Data Protection Commission, Europe’s leading privacy watchdog, imposed a fine of $1.63 billion on Facebook for a data breach that exposed 50 million accounts.

Moreover, Facebook seems to have trouble with its entities as well. Instagram’s founders Kevin Systrom and Mike Krieger quit over Zuckerberg’s increased involvement in the photo-sharing app, while WhatsApp co-founder Jan Koum stepped down due to privacy disagreements with Zuckerberg.

In addition to all this, Facebook faced severe flak for allegedly doing nothing to curb anti-Muslim violence in Sri Lanka. Zuckerberg’s firm was also criticised for doing very little to restrict hate speech in Myanmar.

Could Zuckerberg be on his way out?

A series of failures has put Facebook in the news for all the wrong reasons. To add to Facebook’s woes, research indicates that an increasing amount of people are leaving the social media website.

Years after its inception, Facebook seems to have become a far cry of what it originally aimed to be. As founder and CEO, Zuckerberg can take complete credit for the initial success. But he also has to take numerous comprehensive steps so that Facebook can once again become a huge success.