Of the six GCC nations, the United Arab Emirates has the largest and most significant sealift capability. 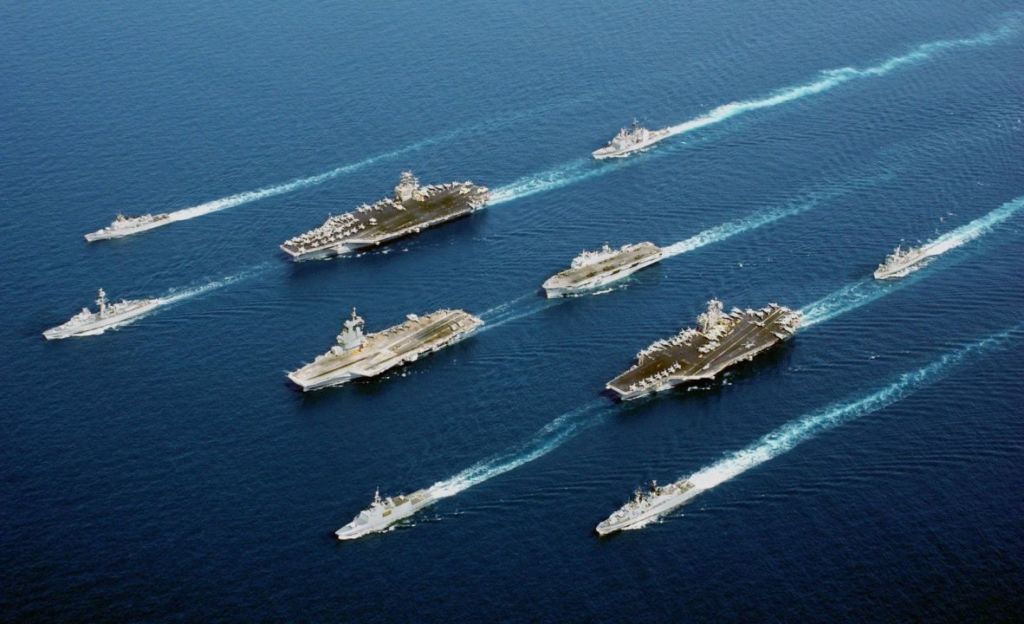 The navies of the Gulf Cooperation Council (GCC) have traditionally been small and focused mainly on coastal defence. But some of them have begun to develop an expeditionary maritime capability, with implications in the region and beyond.

They have been spurred on by a general sense of an increased maritime security threat around the region, including from Iran, and, in part, by the requirements of the conflict in Yemen.

Of the six GCC nations, the United Arab Emirates has the largest and most significant sealift capability. Since the beginning of the Saudi-led intervention in the Yemen conflict in 2015, the UAE has been supplying its own forces there by sea, as well as ferrying in those of other nations. Much of this sealift capability is based in the port of Assab in Eritrea, where the UAE Navy currently maintains a typical deployment of at least two corvettes and eight amphibious vessels.

A new Emirati naval base is being constructed 11 km to the northwest of Assab, next to the city’s international airport, part of which is also used by the Emirati armed forces. The UAE’s military footprint will be further expanded by the construction of a new naval base at Berbera in Somaliland, a breakaway region seeking independence from the central Somali government in Mogadishu.

Whilst the UAE certainly has the funds to acquire relatively high-end equipment, the navy is constrained by its size. Numbering just a few thousand sailors, the UAE Navy would have difficulty finding crews for new frigates, fleet-replenishment vessels and large amphibious platforms and to sustain operations beyond the Horn of Africa.

The Qatari Navy’s largest vessels are Barzan-class missile craft, built by the British firm Vosper Thornycroft in the 1990s.

The 2016 agreement with Italian shipyard Fincantieri for the acquisition of four corvettes, two offshore patrol vessels (OPVs) and a landing platform dock (LPD) is therefore significant.

Details of the vessel designs released subsequently have revealed that the announcement actually understated the scale of Qatar’s ambition. Upon closer inspection, the corvettes, OPVs and LPD have turned out to be frigates, corvettes and a landing helicopter dock (LHD).

Since 2013, Qatar has been on a spending spree to acquire high-end Western equipment on a significant scale.

As with the UAE, where this small peninsula nation of two million people will find the crews to operate these vessels or, for example, its shopping list of 96 new fighter aircraft over the next decade is not clear.

If Qatar is able to find a way to do so, most likely by hiring foreign nationals, by 2025 it will have the beginnings of a modest expeditionary capability centred on the new LHD and 12 NH90 naval helicopters also being acquired from Italy.

Saudi Arabia’s potential blue-water fleet is the largest in the GCC, with seven frigates and a pair of replenishment vessels.

However, four of those frigates and both supply ships were built in the early 1980s and are now nearing the end of their service lives.

Two contracts signed in 2018 for US and Spanish frigates will increase the overall size of the fleet, but these are not currently accompanied by orders for logistics ships that would allow them to operate further afield or for any new amphibious capability. Unlike the UAE, Saudi Arabia has no experience in naval shipbuilding and would struggle to fill this gap domestically without significant outside support.

A number of other countries have naval and air bases or facilities in or near the Horn of Africa. Djibouti is the most popular location, where the European Union, for example, has long had facilities to help run the Operation Atalanta counter-piracy mission that has been under way since 2008.

The increase in the size and capability of several of the GCC navies over the next decade could allow the GCC countries to take on a larger share of maritime-security responsibilities in the future, including participating in multinational missions and patrolling sea lines of communication.

There may also be an onus on outside navies to do more to help GCC navies enhance their capacity.

However, there could also be other consequences.

The UAE’s naval base in Somaliland, and its offer to train local security forces, is already causing tension with the government in Mogadishu. Relations could deteriorate further if Somalia feels it needs to directly assert its sovereignty over Somaliland.

Whilst there is going to be an increase in GCC surface-combatant capability over the next decade, the largest injection of amphibious expeditionary capability in the Middle East in recent years has come from outside the GCC, through close ally Egypt. Cairo bought two Mistral-class LHDs, originally intended for Russia, from France in 2015. Despite spending over US$1bn on these ships, it is still not clear how Egypt intends to use them.

Likewise, Qatar, Saudi Arabia and the UAE are spending billions of dollars on new naval platforms capable of providing a blue-water presence.

However, unless many more billions are spent on sustainment, training, operations and personnel, and the ships fitted into a wider strategy, the GCC will remain a largely littoral force with very expensive patrol ships.

Published in collaboration with the International Institute for Strategic Studies