South Korea had a drive to eliminate parasites that began with the formation of KAPE (Korea Anti-Parasite Eradication) in 1964, a grass-roots organisation led by scientists and activists. 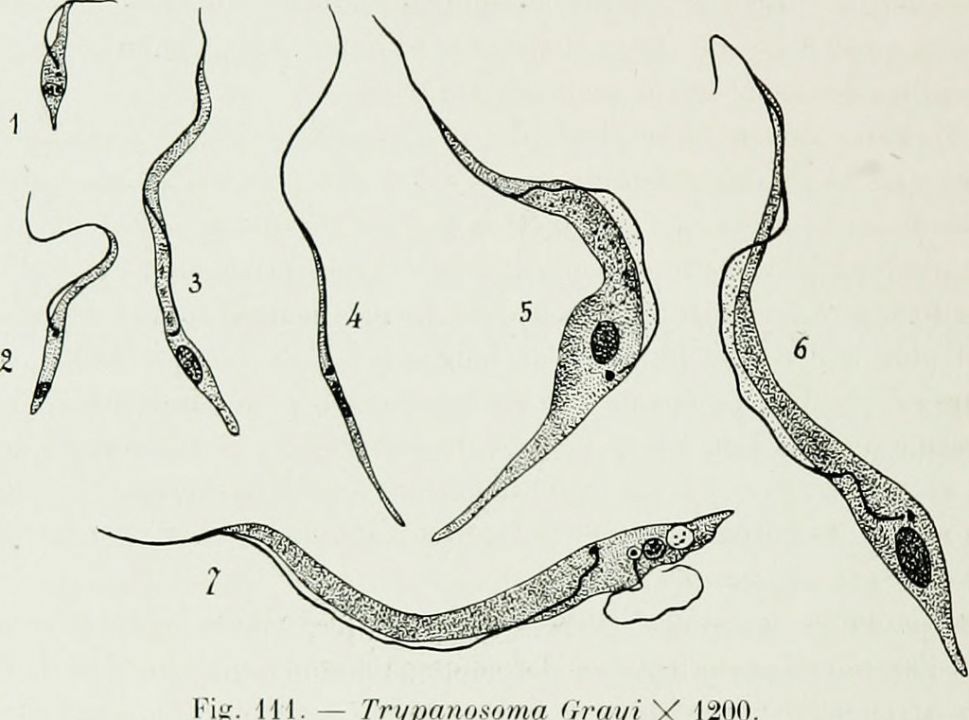 Visiting Scholar, Max Planck Institute for the History of Science.

A North Korean soldier recently escaped across the demilitarised zone, the heavily fortified border between the two Koreas, and a remnant of the July 1953 ceasefire to the Korean conflict. On his arrival in South Korea, much was made of the precarious state of his health. Following surgery to treat the soldier’s wounds, his South Korean medical team made an interesting update. The patient was in recovery, but his body remained filled with intestinal parasites, taken as a sign of North Korea’s underdeveloped public health system. One worm reportedly reached 27cm in length, indicating that it had been living in the man’s gut for a significant amount of time.

This use of public health as a metric for social and political conditions holds a much longer history on the Korean peninsula, and indeed, throughout much of North-East Asia. The focus on intestinal parasites dates to the early 1960s, when the two Koreas were locked in a bitter competition for political and economic legitimacy. South Korea, with ambitions of sending its citizens abroad to undertake work opportunities in West Germany and South-East Asia, became acutely conscious of the issue as younger Koreans underwent medical exams and crossed international borders in large numbers.

The drive to eliminate parasites began modestly with the formation of KAPE (Korea Anti-Parasite Eradication) in 1964, a grass-roots organisation led by scientists and activists. But it then expanded into a national form, and took on a heated ideological fervour.

South Korea was primarily an agricultural nation following its independence in 1948, yet lacked access to chemical fertiliser. This meant that the fields producing its food supply were typically covered with “night soil”, human excrement collected for this purpose. Even after washing, consumables produced in these fields therefore contained a diversity of parasites. South Koreans therefore consumed and reintroduced these parasites into their bodies in a cyclical fashion in the course of eating.

This is an issue common to many developing countries. For South Korea, the problem was exacerbated when the peninsula’s division left much of the chemical industry in the north, meaning a loss of access to fertiliser. Then the Korean War (1950-1953) and its aftermath brought a second wave of devastation. This kept the issue in the background until the early 1960s, when post-war recovery allowed for the identification of new goals.

The national anti-parasite campaign was launched in 1969, and targeted children of school age. These campaigns made a strong impression in Korean popular culture and historical memory. And it’s not hard to work out why. Twice a year, South Korean schoolchildren were required to bring their stool samples to school in small paper bags, and pass these to their teacher. Upon collection, the biological samples became the property of the state, which subjected them to analysis by microscope, looking for the telltale presence of parasite eggs, especially the giant roundworm.

The image of lines of schoolchildren presenting “samples” to their teacher, and that of teams of technicians peering through microscopes, became an integral part of South Korea’s story of transformation and modernisation. Such disciplined bodies meant a “cleaner”, healthier population, one training for new tasks and job sites. This was particularly important as South Korea expanded its ambitions to include new construction sites, first in South-East Asia and later, the Middle East.

Following analysis, students identified with parasites were asked to ingest anthelmintics, pills designed to kill the parasites living in their bodies. In some cases, these drugs were not entirely effective. Another common and extremely uncomfortable experience was that of expelling live parasites from one’s body, only partially stunned by the medication. If this visceral experience has been largely left out of the historical narrative, it is because Koreans tend to recall it in a more humorous vein, reflecting an earlier time of struggle and privation, before they became a “modern” nation.

The politics of parasites

The school campaigns continued until the 1990s, but the main focus – a reduction in the baseline rate of parasite infection – began to show signs of impact almost immediately. In 1969, the rate of infection was enormously high, and for a diversity of parasites. These figures dropped rapidly, reaching single digits, in some cases, by the early 1990s.

But this “success” story was not without its tensions. Students from rural communities affected by parasites sought to evade the scrutiny of the state, often out of shame and embarrassment. In some cases, students skipped school on sample day, or substituted their pet’s sample to avoid personal scrutiny. In turn, the state’s inspection regime had to learn how to exclude certain types of parasites from the sampling process, recognising that these items were derived from animal samples (mainly cats or dogs) and not humans.

The ability to process these materials at the national level also represented an unusual technical collaboration undertaken with international partners, in this case Japan. Japanese overseas aid brought microscopes, trained health professionals, and materials to South Korea after 1965 – Japan had undergone its own parasite problems in the aftermath of World War II. Japan’s rapid economic recovery meant that it could share the knowledge with Korea about a decade after its own experience. Today, sites such as the Meguro Parasitological Museum in south-west Tokyo preserve this fascinating history.

The two nations subsequently joined together to help lead APCO (Asian Parasite Control Organization), formed in 1974, and designed to provide outreach to partners in East and Southeast Asia, following upon the Japanese and Korean post-war developmental experiences. Similar stories might be told for China during this same period, and for numerous countries grappling with these issues today.