Why is Russia’s Independent Media ‘Endangered’? 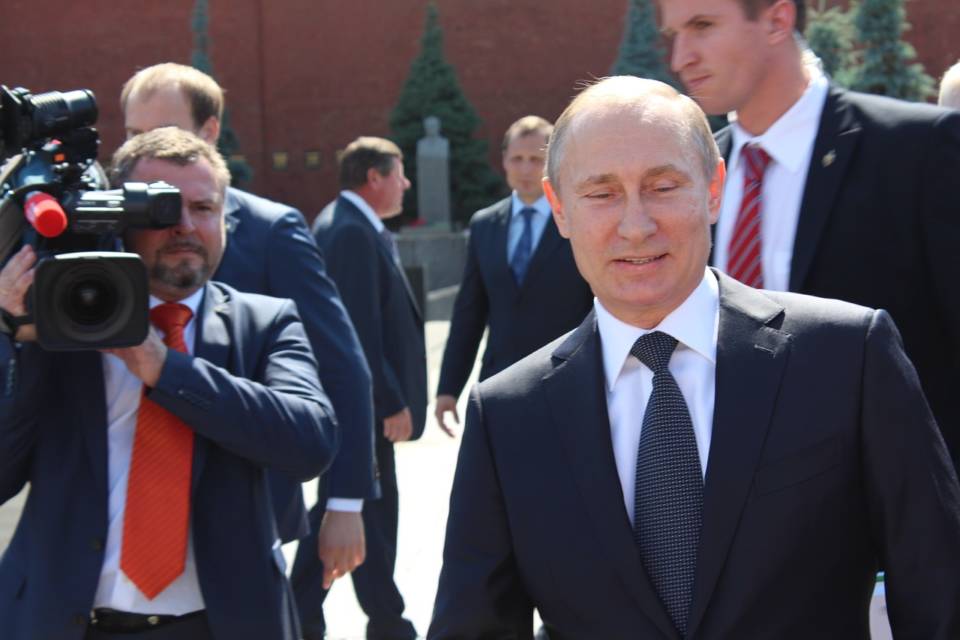 Novaya Gazeta was the only major Russian independent news outlet that continued reporting a whole month into the war with Ukraine.

On March 28, Novaya Gazeta, led by the Nobel Peace Prize winner Dmitry Muratov, closed down its operations, at least until the end of the conflict. This marks the end of an era of relatively free media in post-Soviet Russia, although that freedom had significantly diminished in the past few years. It also signals that the Kremlin no longer cares to pretend that there is any media diversity in the country.

Other significant Russian media outlets had already announced their closure, been forced out of business or moved to operate beyond Russia’s borders.

Set up in 1993, Novaya Gazeta received its early funding from the former Russian leader Mikhail Gorbachev and the KGB agent-turned-oligarch Alexander Lebedev.

Novaya Gazeta’s investigations into high-level corruption, human rights violations in Chechnya and the murder of Putin critics such as Boris Nemtsov have come at a high cost: six of its journalists have been killed for their work. Among them were famous investigative journalists including Anna Politkovskaya, who was killed in 2006 for reporting on atrocities occurring in war-torn Chechnya.

Just four weeks before Novaya Gazeta’s announcement, on March 3, radio station Echo of Moscow closed down. Established in 1991 as a pioneer of the democratic press in Russia, the channel was for many years the leading voice of the opposition.

It was equally hated by nationalists and conservatives. Echo of Moscow’s popularity and success was partly down to its approach – inviting a wide variety of speakers, liberal-minded opposition activists and Russian far-right nationalists.

The radio station’s highly respected editor-in-chief from 1997 to 2022, Aleksey Venediktov, sat on the public board of the ministry of internal affairs and ran projects for the Moscow mayor. During drinking nights with fellow media elites and the Moscow bon monde he regularly bragged about how close he was with many in the Kremlin. Venediktov was confident that as long as Putin was in power he would keep the radio station running.

In early March, however, the radio station directors voted to close the station after it was attacked by state censor Roskomnadzor for its war coverage, and its website was blocked. On March 8, the FM frequency of Echo of Moscow was passed to state-sponsored Radio Sputnik, led by one of Russia’s top propagandists, RT’s editor-in-chief Margarita Simonyan.

On the same day as Echo of Moscow shut, the only independent television channel TV Rain also announced its closure. Established in 2010 in the midst of a period of liberalisation under president Dmitry Medvedev, TV Rain survived enormous pressure.

In 2014, the channel aired a programme which discussed whether the siege of Leningrad, from 1941 to 1944, justified the huge number of victims, and whether it would have been better to have surrendered. There were rumours that Putin was offended by a channel daring to raise this question.

Subsequently, under Kremlin pressure, all major cable providers refused to broadcast TV Rain’s programmes and advertisers cancelled their contracts. The channel was forced to use online streaming only. Despite this the channel attracted millions of viewers in Russia and abroad on YouTube even after the Kremlin labelled it a “foreign agent” in August 2021.

On March 3, the day the Russian Duma (parliament) and the federal council passed a law on “fake news”, breach of which is now punishable with up to 15 years in prison. TV Rain closed and many TV Rain hosts and reporters fled the country.

What’s next for Russian journalists?

Russians who wish to access independent news outlets, all of which are now censored, must now use encrypted Telegram chats or virtual private networks (VPNs).

Telegram was launched in 2013 and quickly became popular in Russia, largely thanks to its double encryption. In some authoritarian countries (like Iran or Russia) its high level of encryption has made Telegram popular.

Several years ago, the Kremlin realised the power of Telegram channels – the one-way broadcast of unverified user-generated content that essentially works like a DIY news agency. One can share thoughts, pictures or news, including disinformation. Russian authorities invested millions to fill them with paid bloggers, leaks about domestic politics and bots to create a sense of support of the pro-Kremlin line.

In the following months propagandists will be doing their best to blame the worsening economic situation on the west using tactics which have been tested in the last few years. Some will buy it, while others will not.

Most independent journalists will try to continue to investigate the crimes of the regime. They will work abroad, in the Baltic states, in the South Caucasus and in central Europe, where clusters of Russian media already exist. They will probably have reporters inside Russia who will share the news anonymously – for the sake of their security. Journalists will have to continue to be tech-savvy to find and deliver information, in Russian and English, to their audiences across the world.